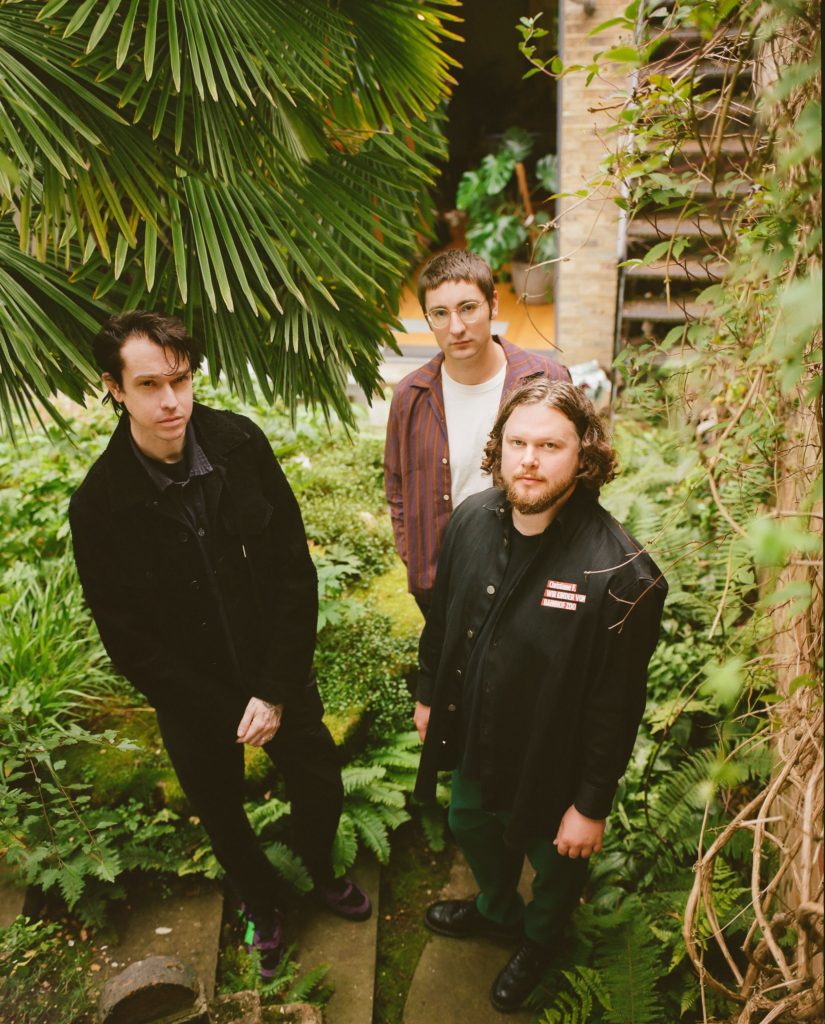 When asked to name a leading act in the alt-indie music scene, alt-J should certainly be one of the first to spring to mind, especially as fans all around the world are rejoicing as they release their first taste of music since 2017. Consisting of Joe Newman, Gus Unger-Hamilton, and Thom Green, the band’s previous three studio albums have unitedly sold over two million copies. If that number doesn’t speak for itself, their songs have also been streamed over 2.5 billion times.

They have an accolade of achievements from GRAMMY and BRIT Award nominations for their sophomore album, This Is All Yours (2014), to Mercury Prize award nominations for both their debut album, An Awesome Wave (2012), and their third album, Relaxer (2017). The latter also placed in the UK album chart Top 10. Signalling the band’s first new music since then, alt-J’s latest track ‘U&ME’, was produced by their long-time collaborator Charlie Andrew. It’s a true testament to not fixing what’s not already broken. It’s also the lead track from their fourth album, The Dream, which is set to be released on February 11th via Infectious Music/BMG.

Their single ‘U&ME’ is also accompanied by a music video, which is the first to include all members of the band. It was directed by Prosper Unger-Hamilton, the brother of the band’s own Gus. The video is centred on the nostalgia of days gone by, with the band captured in action during the summer. The skating shown throughout the video champions their carefree feelings and is a form of escapism we will all surely welcome as we plough straight into the dark nights of winter.

‘U&ME’ isn’t just another track showing a love story through a musician’s eyes. Its experimental nature perfectly captures feelings of elation, shown through lead vocalist Newman’s vocals. The repetition of the lyrics at the end, “Hanging on to the memory of that day for the rest of my life”, signals to the listener that it was a moment that the speaker will always treasure. A friendship between kindred souls forever captured in a track with a fitting melody to match.

Written abroad while the band was in soundcheck, they realised that they were onto something special when they heard the recordings in London. Speaking on the process of ‘U&ME’, Joe Newman said: “It gathered momentum on its own, it was best to just get out of its way; we were just there.” Gus Unger-Hamilton added: “It’s about being at a festival with your best friends, having a good time, togetherness, and the feeling in life that nothing could be any better than it is right now.”

The personal stories of the band mixed with the Hollywood and the Chateau Marmont true crime tales concept of The Dream also couldn’t be more apt. Merging these offers contrasting perspectives like two sides of a coin, always appearing alternate but never jumbled. After listening to their past discography and their latest track ‘U&ME’, it’s clear that the band known for their unconventional instrumental style has progressed. This is not to say they have lost their fantastical elements – they are still very much present but included in an ever more precise manner.

‘Get Better’ is the second track from their forthcoming album and is one of their most stripped-back yet. Led by Newman’s evocative vocals and a mournful acoustic-sounding solo guitar, it’s backed up with soulful harmonies from Unger-Hamilton. Despite the content of the track being fabricated to a point, it’s still a very authentic reflection from Newman. The second half of the track where the subject is no longer present is an opportunity to show the process of bereavement. The feature of a tape rewinding at the end with his partner laughing and saying “Get Better” and Newman responding, “My darling, I know I will”, really adds the personal touch to this already deep and meaningful track.

Naturally, extending their creative vision to all areas of their art, they have also released a music video created by Hamburg-based award-winning pixel artist Stefanie Grunwald. She began creating pixel art in 2016 and has become known for her expertly crafted animations by the public and Newman alike, leading to this perfectly matched collaboration. The animated video is as heart-wrenching as the music accompanying the track and certainly deserves a watch. The storytelling shown through the details is simply perfect.

Going deeper into the process of creating the track, Newman said: “‘Get Better’ is the union of two songs. The first was an improvised song I sang in 2018 to my partner who was suffering from period pain. To her, I sang, ‘Get better my Darcy, I know you can’. She filmed it and I kept revisiting the fragment with a plan to write more.

“The second was a chord structure I worked on in lockdown that focused on someone living through a bereavement. I felt a nervous heat when writing ‘Get Better’. The context of the Coronavirus pandemic lent my words a chilling weight and gave me a new sense of responsibility as a lyricist. Whilst the direct events described are fictional, I believe – or I hope – that it’s emotionally the most honest song I’ve written.”

After first hearing the demo, Newman’s bandmate Unger-Hamilton stated: “When Joe first played it to me, I didn’t just get a bit tearful, I broke down. A big, big cry. A cry of the year.”

On their philanthropic endeavours, the band has teamed up with children’s charity Plan International UK. They’ve created a prize draw in which a fan can win a Larrivee P-05 guitar by purchasing a prize draw ticket here. The donation of the guitar as a prize is significant because it is the same model which Newman used to write most of The Dream and was used while recording ‘Get Better’. He’s also covered the guitar with handwritten lyrics of their latest track. All proceeds from the draw will be donated to the charity, which focuses on protecting the rights of children and fighting for the equality of girls in over 50 countries.

Plan International UK said: “We believe every child has the power and potential to change their world. But this is too often limited by poverty, violence, exclusion, and discrimination. And girls are most affected.

“We are creating a world where every girl has the same opportunity to grow into her full potential, where no dream is too big, and no goal is impossible.”

Speaking about the band’s support for Plan International, Newman said: “After becoming a father, a friend told me about the charity Plan International. My partner and I strive for our daughter to be happy, safe, loved and reassured every moment of every day. To know there are countless children that don’t have the care and support from parents, communities and governments is heartbreaking.

“Plan International is doing incredible work throughout the world transforming children’s lives, making sure they have access to the education, health care and future opportunities they need to thrive.”

You can purchase the album on both CD and standard 180g vinyl, and there will be some limited edition colour options too. Always keen to give an insight into their creative process to their fans, they are also offering the option to purchase a limited-edition hardback book CD, mimicking the notebook which Newman actually used to write, The Dream. There are also merchandise bundles on their official artist store with signed prints, exclusive cassettes, and vinyl formats.

Tickets for alt-J’s UK and Ireland tour dates are out now.

The Dream is available to preorder online.