You are here: Home / Culture / Music / News / Parliamo @ The Castle Hotel review – up and coming indie band bring the Manifesto to Manchester 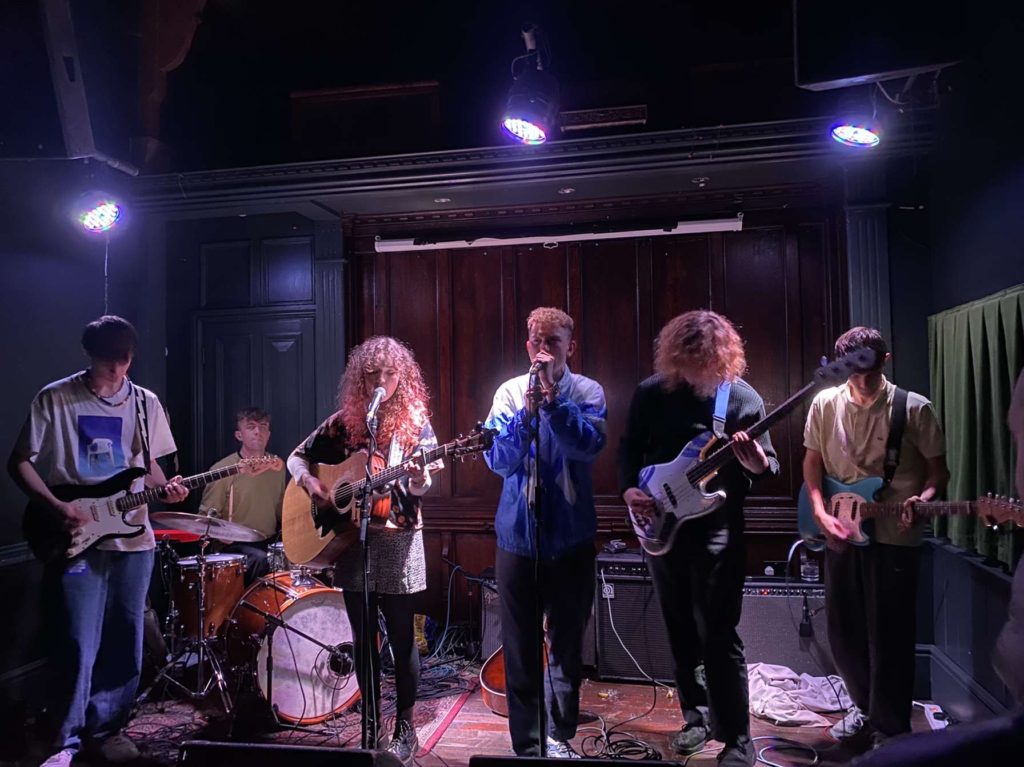 Emerging indie band, Parliamo, made it to Manchester’s The Castle Hotel to finish off their mini-tour with what felt like a shot-gun gig. They were in and out, with mega tunes and mega enthusiasm, leaving us with a pleasant taste in our mouths of this up-and-coming band’s potential.

The underground band played in the Northern Quarter’s prestigious little venue with support from local band The Be Positives. Not only did it mark the last date of their tour in England, but also the last event for The Castle Hotel for November, scratching their notch on the walls that served many other successful bands before their big break. That notch might leave a big dent one day as the band showed exactly why they’ve been titled as one of Scotland’s most promising artists.

Parliamo’s brilliantly wild frontman, Jack Dailly, sporting a vintage St. Johnstone F.C shell jacket, gave a stellar high energy performance showing off his moves that reminisce the baggy swagger that we are all familiar with here in Manchester. He and his right-hand woman, Mari Sutherland on guitar and vocals, literally ran the show (they were running on the spot!) starting off with ‘All Dolled Up’ before making their way to the recent material.

Sutherland’s ethereal backing vocals added a gentleness that cuts against the laddy rock n roll style, which gives them the edge other bands lack. The vocal juxtaposition between Mari and Jack that one can only describe is if Florence Welch joined Primal Scream or the Stone Roses, and yes, it is as good as it sounds. Parliamo has certainly hit the mark with this dynamic and filled the gap which the current indie rock scene has been missing.

Proving they can master any performance at any pace, Jack and Mari slowed the set down with an acoustic rendition of ‘Only Friends’. How well Jack and Mari’s voices can harmonise truly glows in this performance and their ability to tell a story. The song is about being in love with a friend but being in the same platonic situation, and their voices tell the story of two sides of the same coin. The energy was turned back up to full max when they moved onto uptempo songs such as ‘Catholic Guilt’, ‘Paul and Barry’ and the upbeat favourite ‘Echo in my Chamber’, injecting us with their vibrant punk-like energy.

The only issue with the performance is that we all left wanting for more, no fault from the six-piece but we hoped for the night to just go on and never end. The potential that these young Scots hold is far too big for our beloved little The Castle Hotel and we can’t wait for their return to Manchester, hopefully filling bigger venues and undoubtedly providing even bigger tunes.

The band will be finishing their tour in Perth, Scotland on the 11th of December after successfully selling out their previous shows in Glasgow and Dundee earlier this year.