You are here: Home / Opinion / Opinion: The changing face of body positivity and why the new body beautiful is still hurting our youth 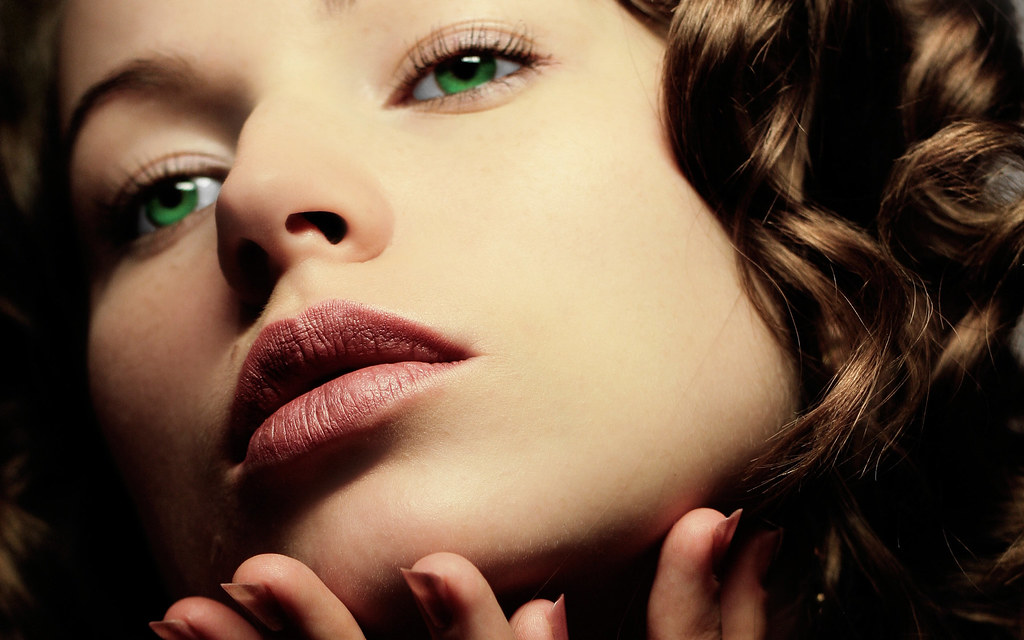 The body positivity movement has grown in the past decade. Women are escaping the shackles and the voices that tell us that stretch marks are ugly, scars should be hidden, and cellulite is shameful. Beauty and health don’t necessarily align, and for the first time in living memory, we are beginning to see body differences being normalised – in advertising, on TV and in magazines, whether due to a genetic condition, an illness or simply a part of who people are. There are models with vitiligo, downs syndrome, disabled models, models of various ethnicities, older models – the list goes on. Surely, this can only be a positive thing?

Conventional beauty looks different now to how it looked in the 60s, 70s, 80s and even the 90s. Although the catwalks of Fashion Week are often still filled with slim women and men, we have at least moved away from women who look ill and frail, and from a sea of white-only models and women without curves.

Twiggy was one of the most successful models of her generation and certainly had a more androgynous look. This seemed reflective of how society viewed beauty at the time. Other famous ‘beautiful’ women of this era included Jean Shrimpton, Veruschka, Jean Patchett, Sunny Harnett and Donyale Luna – all of whom were very slim women.

Occasionally curvier women were recognised as beautiful, particularly those with curvier hips and breasts. Marilyn Monroe is a famous example. Fast forward to 2021 though and the ‘market’ for women size 18 plus still seems to be restricted to a niche sexual fantasy, rather than there being any normalisation of women of this size. There is still a notable absence of women above a size 10-12 in mainstream advertising, and when the average UK size is currently a 16, there continues to be a gap between who we are and what we see as ‘normal.’

The pressure on models to be ‘thin’ has been widely publicised and discussed. At times, the pressure from the entertainment industry has led to the development of eating disorders among celebrities. There are examples of singers, actresses, TV personalities, models and even royalty who have famously developed anorexia, which is considered the most fatal of all mental health disorders. In the UK, approximately 1 in 100 10-20 year olds suffer with anorexia and that number is rising. Girls are ten times more likely to develop it than boys, and shockingly, anorexia has been diagnosed in children as young as five.

However, underweight people are not the only health concern that is glamorised by the media. Ironically, some advertisers have chosen to embrace the body positivity movement in a big way (no pun intended!) Whilst we are now seeing curvier women in advertising, some of these women are what the National Health Service would deem ‘morbidly obese.’

There is an obesity crisis in the UK, with over 60% of adults classed as overweight or obese. This number is almost 80% for those 45-74 and obesity is also rising in our younger generations, 35% of 10-11-year-olds are overweight or obese. Overweight and obese people are more likely to develop certain types of cancer, heart disease, diabetes and are also at a higher risk of becoming seriously ill from Covid-19. When will our image of what is beautiful align with what is healthy?

The faces of beauty don’t always elicit health concerns though. One of the faces (and bodies) that graced the covers of glossy magazines and men’s calendars alike during the 90s and 00s was actress, model and presenter Kelly Brook. While never overweight, she looked healthy and, what many would consider beautiful. Yet undoubtedly even this woman has been air-brushed by the media.

With almost half of primary school aged children owning mobile phones, the message that we can (and should) edit ourselves is seeping through to our youngest and most vulnerable. Even a basic app such as ‘Gallery’ enables users to make their skin blemish free, can remove freckles, makes eyes brighter and can make faces thinner. When the faces we see on our screens and in our magazines look this way, why wouldn’t others aspire to look like this? When people voted to be the most beautiful people in the world are airbrushed or edited, how can we expect our children not to aspire to these conventional notions of beauty- even if in reality, it doesn’t exist.

To demonstrate, I took a photograph of myself, no filters, no makeup. I then gave myself 30 seconds to ‘improve’ it. These were the results:

This was edited through the ‘beauty filter,’ and so, understood literally, I am more beautiful without my freckles, the lines on my forehead, my current eye brightness and with a significantly thinner face. If it was a full-length picture, I’m sure I could have spent much longer trying to iron out all of my ‘imperfections.’ Yet that wouldn’t be real, and it wouldn’t be me. In the words of Jess Glynne, ‘Why would I succumb to something so unlike me?!’

We’ve grown up in a world where we often believe we are ‘better,’ if we are younger, thinner and often lighter in complexion too. Scars affect most of us at some point in life and stretch marks aren’t reserved for the overweight. Often those considered most beautiful (by many) have hair that is generally straight and shiny, lips that are full, eyes that are large (without glasses) and sparkly with huge eyelashes, and features that are delicate. You only need to pick up a few ‘women’s magazines’ to see the body shaming that still occurs, although it’s now more discrete. We see fewer headlines about stars described as ‘skin and bone,’ or actresses who have ‘gained ’50lbs.’ Now the ridicule is repackaged as faux body positive messages, claiming to be ‘worried’ about the weight gain or ‘drastic change’ of a particular celebrity. I think it’s doubtful that these journalists are actually concerned.

Though to some extent, women in the public eye can’t win, as undoubtedly, any weight loss, weight gain, Botox, plastic surgery, or decision to ‘grow old gracefully’ will be highlighted. And though the criticism may not come directly from the headlines, the insults, abuse, bullying and cruelty instead comes in the form of online trolls – who will generate more ‘clicks’ to the site, more views, higher followings, all while the younger, more insecure population read on in horror. How many women (and men), teenage girls (and boys) are sitting in their bedrooms thinking, ‘If they are criticised for looking like that, what must people think of me?’ The teenagers growing up with the toxicity of social media are in an unenviable position. Singer Lizzo, a body-positive icon, is an example of this. She is confident and beautiful, yet she has been subjected to a barrage of online abuse due to her size, which led her to quit the social media platform Twitter last year.

The ‘Be kind’ movement is growing stronger, particularly in terms of mental health and support for marginalised communities. Support for the LGBTQ+ community is just one of the areas where this is particularly prominent, with Pride events growing in size and popularity each year in the UK (although in the countries where there is the least tolerance towards the LGBTQ plus community, intolerance is actually increasing – both legislatively and socially). Though celebrities are often criticised for getting too ‘involved’ in issues that are considered political, in my opinion people with high profile platforms who want to use them in this way, can only be a positive move towards equality, inclusion, diversity and acceptance.

The modelling world is finally realising that there is beauty in every gender, race and complexion – though curvier models and older models are still very much in the minority. While I don’t necessarily believe that women who are morbidly obese are the ideal candidates for the future face of beauty, neither do I believe that we should bring back the underweight models of the past.

Advertising agencies, especially those online, do seem to be moving towards less conventional idealisations, tapping into the ‘body positive,’ movement and market. An advertising campaign that still stands out to me was Dove’s Real Beauty Campaign and their many other campaigns since – this advertising uses women who are old and young, smaller and larger, of different ethnicities and with different features. This was impactful because it was brave, forward-thinking, and, perhaps for the first time, women saw themselves in these adverts. At this point, the wider public was largely unaware of the scale of airbrushing and photo editing that took place.

According to the Be Real campaign founded by the YMCA and Dove, 64% of children were concerned about returning to school after lockdown because they were worried about their appearance – not Covid, academic pressures or adjusting to changes – but the way that they looked. Our young people need to see beauty in everyone, this should be about more than size or skin colour, beauty needs to mean more. It needs to be real, by not airbrushing what we consider to be our own imperfections and not editing out our supposed flaws, we open up the conventional picture of beauty. By including girls who are a size 16, by making exercise and health fashionable, by not editing out stretch marks or scars, by not making ‘body hairless’ women the only women we see.

We are tall and short, old and young, a mix of ethnicities and complexions, we have afro hair and thin straight red hair and everything in between, we may have vitiligo or alopecia, or glasses or a colostomy bag, a wheelchair or freckles, one breast or two, a missing limb or albinism – and every single one of us possesses beauty. When we widen our definitions, our ‘imperfections’ are simply differences and difference is what makes the world beautiful.