You are here: Home / News / In Pictures: Manchester students march for Palestine 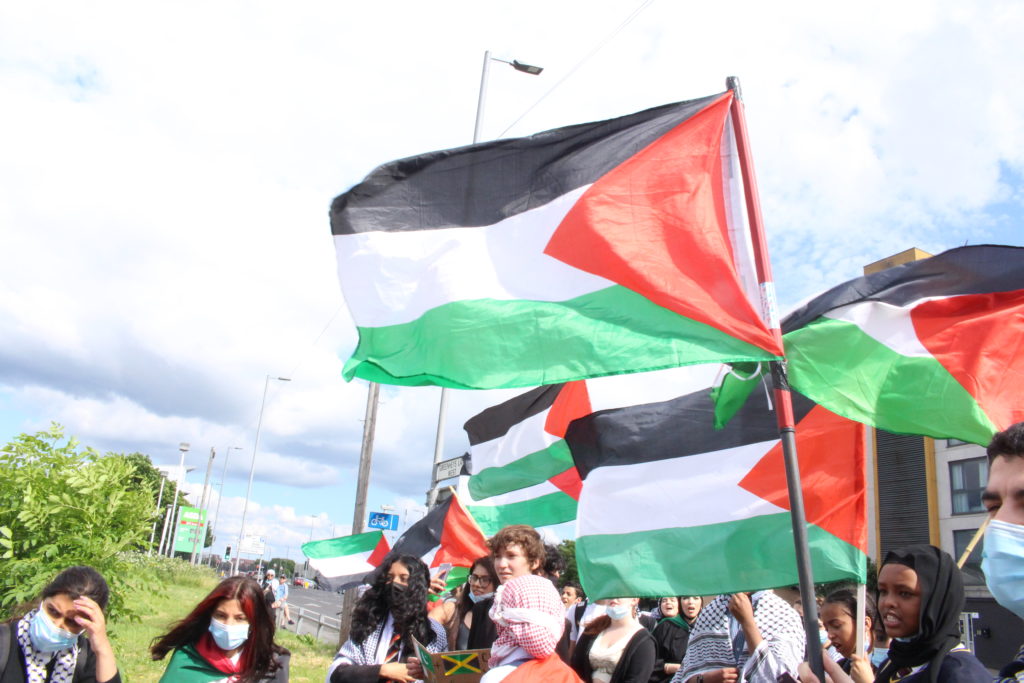 Waving flags and calling for The University of Manchester to sever their ties with the Israeli military, the protesters were vocal in their demands to end Israeli occupation in Palestine and the bombings of Palestinian homes.

Protesters met outside Hulme Asda and marched to Whitworth park and then to the University of Manchester campus.

The protest consisted of high school, college, and university students.

The group chanted “Boycott Divestment Sanctions” in support of the BDS movement, a Palestinian-led movement that campaigns for an end to economic sanctions in Israel.

The protest finished at the University of Manchester Campus in an effort to raise awareness about the university’s exchange programme with Tel Aviv University, which has strong ties with the Israeli army.