You are here: Home / Culture / News / Newton Faulkner’s ‘World Away’ contains an all-encompassing anthem that is made for arenas 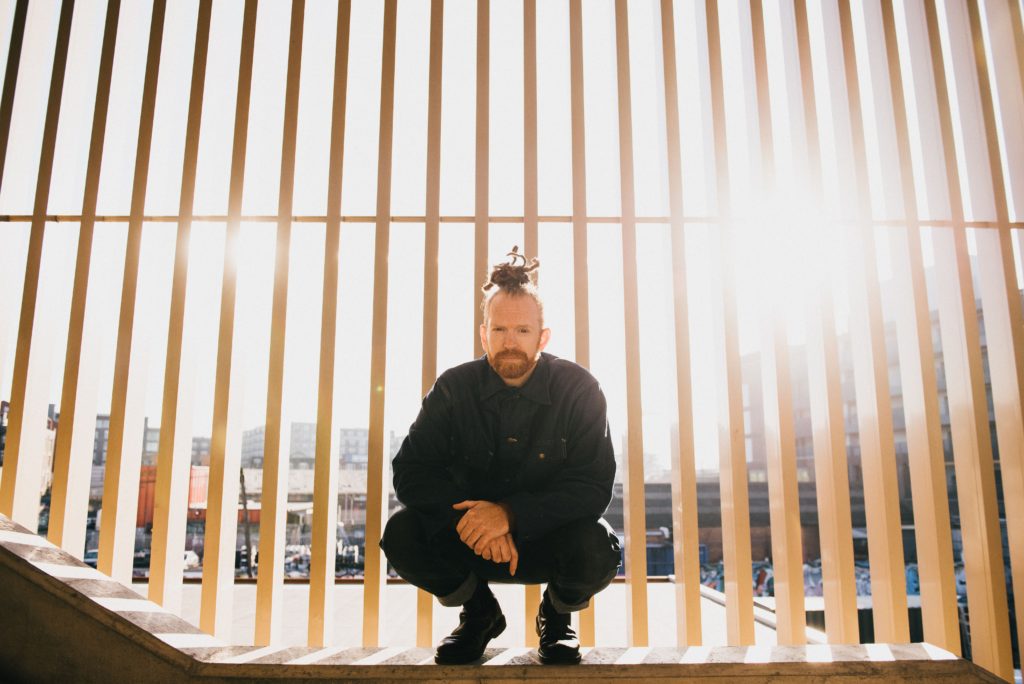 Not many artists can capture the imagination of listeners or a passion for their craft quite like Newton Faulkner. His folk-pop single, ‘World Away’, contains an all-encompassing anthem that is made for arenas. Acting as a beautiful ode to home, it’s a reminder that distance really is nothing when one has a motive.

The debut album, Hand Built By Robots (2007), was the perfect introduction to Faulkner’s world, as it honed in on his knack for vivid storytelling and insightful commentary on society. First garnering a cult-like following, it was awarded platinum and double platinum status. Capturing his heartfelt sound on the live edition of his debut, which was released last year – it managed to whet the appetites of fans while reminding them of the incomparable nature of a live show. His showmanship has already been proved through his involvement in the Green Day centred show, American Idiot, when he was cast as Johnny in 2016.

As shown through his compilation album, The Very Best of Newton Faulkner… So Far (2020), he’s successfully managed to bridge the gap between staying true to his sound while avoiding any possibilty of being labelled as stagnant – his latest track ‘World Away’ is no different.

As a musician who has been active for over a decade, longtime fans of his have come to appreciate and expect painstakingly crafted melodies and soaring vocals – Faulkner has more than delivered in these areas. Beginning with the soft acoustic strumming of a guitar, the track soon picks up with evocative backing vocals and marching drums, which herald the beginning of a powerful chorus. Grittier than his previous offerings, this track signals a natural progression for Faulkner.

Lyrically, it’s as poignant and wonderfully reflective as ever. In the track, he sings: “There’s no reason why, In this heart of mine, You can’t always stay, Every day, To the grave”. While recognising the difficulties of being away from home, its hopeful nature is uplifting and celebratory. Ultimately, it’s perfect for a summer festival.

‘World Away’, is the second track to be taken from his forthcoming album, Interference (Of Light), which is set to be released on the 20th of August via Battenberg Records. A seventeen-track album, Interference (Of Light), was recorded in his studio in East London. This album marks a new journey for Faulker who’s carved a new path for himself. He’s previously commented: “I’m not very precious anymore.” Further adding: “The music is a bit chunkier, it’s definitely way heavier and much less acoustic than previously. I feel like the stuff I’ve written recently is simpler, but it’s tasteful… it works as songs. I can feel it.”

After honing his craft, he now believes that his voice is at the same skill as his guitar prowess, reflecting that: “It’s about the songs. However good you are at playing, if the voice isn’t up to scratch and the songs aren’t good enough, no one is going to listen to them.”

He’s taken risks and kept his inimitable stamp in place on the new material. As wise as ever, he’s stated: “I don’t think things get better or worse. They just change.” He adds: “I’ve kind of purposefully steered away from any of the cliques that have appeared around me. I’ve just remained this weird, solitary figure. I love it!”

Penning his thoughts of home to paper while being at the end of a trip in Australia, ‘World Away’ was written with Joel Quartermain. Despite never having met before, it culminated into the perfect partnership.

“The idea of returning home was growing stronger the closer it came to becoming a reality”, said Newton. “It’s about feeling as close as it’s possible to feel to someone, while also being as far away as possible whilst still being on the same planet. As you can probably tell when listening to it, I had a huge amount of fun producing this track with Darren Poole. The drums were my favourite part of the process – I love playing drums – and the few days I spent on the rhythm track were some of the best memories of making this album”.

It may have been written with all of the challenges of coronavirus, however, it forced those involved to try and work in new and challenging ways – ultimately pushing all limits which wouldn’t have been tested otherwise. To those involved, Faulkner has previously stated: “I thank them all for their hard work. I hope they’re all as proud of this record as I am.”

Over the past few decades, the way we enjoy and play music has completely altered, and Faulkner has shrewdly recognised this by packaging each album differently. He explains: “Streaming sites will get a 17-track album with no interludes; the CD will be 17 tracks plus interludes for a smoother flow; and the vinyl will be 11 tracks curated to work on one disc with the best possible flow from one side to the other and the best possible sound.”

After recently completing a sold-out socially-distanced UK tour, he also has two more tours lined up for this year. He has a rescheduled intimate tour (from May 2020) in September and October, as well as a full Interference (Of Light) album tour in October and November.

You can purchase your tickets for live shows here.

You can pre-order the album here.

Keep up with Newton Faulkner: