You are here: Home / Culture / News / Netflix’s The Guilty review – Gyllenhaal continues to impress with his one-man show into emotional anguish 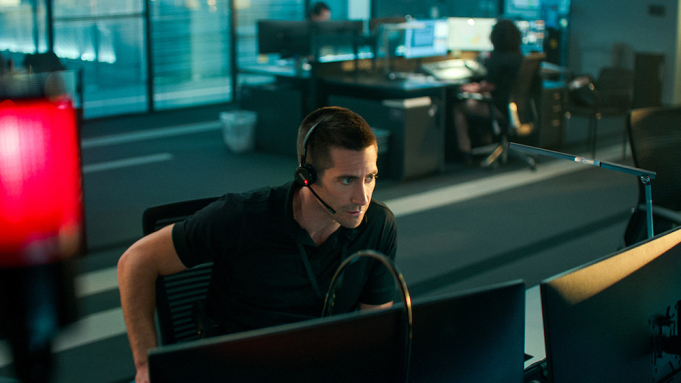 Netflix’s ‘The Guilty‘ is a story of determination, misinterpretation and emotional acceptance, writes A Bearded Critic.

Netflix exclusives continue to rise in fame and public praise due to their great plotlines, interesting character arcs and more recently, their all star casts. The Guilty (2021) is one of the streaming giant’s most recent movie releases which stars Jake Gyllenhaal and, like most other recent Netflix releases, will surely be a talking point for some in upcoming months.

The film’s director, Antoine Fuqua, is well known for Training Day (2001) and Southpaw (2015) and gives some indication of the realism and grittiness the film evokes. However, it’s the film’s writer, Nic Pizzolatto’ (whose work includes that of hit TV show True Detective) that shines through with an engaging and thought provoking plot.

Plot wise, we follow Joe Baylor (Gyllenhaal) as he works through a night shift at a 911 call centre, never leaving his side until the credits roll. One of his receiving calls is that of a woman named Emily (Riley Keough), who we find out has been kidnapped and is calling for help in escaping a threat to her life. We learn of the outcome via the phone calls and see how the development affects Joe, perhaps more personally than it should.

An initial shot of helicopters flying above parts of night-time California, covered with wildfire breakouts, introduces the feelings of panic  seen throughout the film. The loud noise of spinning motors and the crackling fire below is  then abruptly broken by audible gasps of breath from our lead character, Joe. He takes several breaths from an inhaler and is seen to be showing visible signs of distress. The opening lines, “It’s this damn air, no one can breathe,” spoken in passing by an extra leaving the bathroom, set up the underlying tonality around misunderstanding/misrepresenting throughout the film. Not everything is quite as it seems at first glance.

Fans of Gyllenhaal will love the film’s intense, developing character arc and emotional journey, something Gyllenhaal is known to do very well with stellar lead performances in films like Nightcrawler (2014) and Southpaw (2015). It’s a story of determination, misinterpretation and emotional acceptance and, during the 1 hour 31 min film, we learn about Joe’s home life leading up to working the night shift and how it triggers his emotional responses to people in danger.

Along the way we hear conversations from Joe’s friends, the highway patrol and  characters tied to Emily, such as her six-year-old daughter (Abby). Some of the voice acting is better than others, but with the entire film following Joe’s interpretation on what is happening and showing how these developments affect his emotional and mental state. It’s Gyllenhaal’s depiction of a conflicted man trying to do something good despite struggling to hide obvious anxieties and internal struggles that makes the film as gripping as it is.

Pacing of the film is fine however, as surely intended, the final scenes are arguably the most important and bring the whole plot and loop holes together as we learn of things that were not previously developed or touched upon (such as a phone call conversation early on between Joe and a news journalist asking “Do you not want your side of the story to be told?”). Early on this means nothing in the grand scheme of things but later will highlight actions, reactions and character choices.

Films often try to give modern day meanings, or tie in to  social and current tragedies in an attempt to seem more ‘woke’, but often fail to truly connect with their audience in a truly meaningful manner. However, The Guilty does this very well, touching on topics such as mental health, men’s aversions to opening up (emotionally) and reluctant interaction between police and civilians, especially around manipulation of the truth. The style of film is reminiscent of Tom Hardy’s Locke (2013) and Ryan Reynolds’ Buried (2010), but this ticks more of the boxes and thus makes it a must watch for 2021.