You are here: Home / Culture / Music / Review / Sam Fender @ Manchester O2 Victoria Warehouse review – a refreshing welcome back to live music with a brief look into a hopeful future 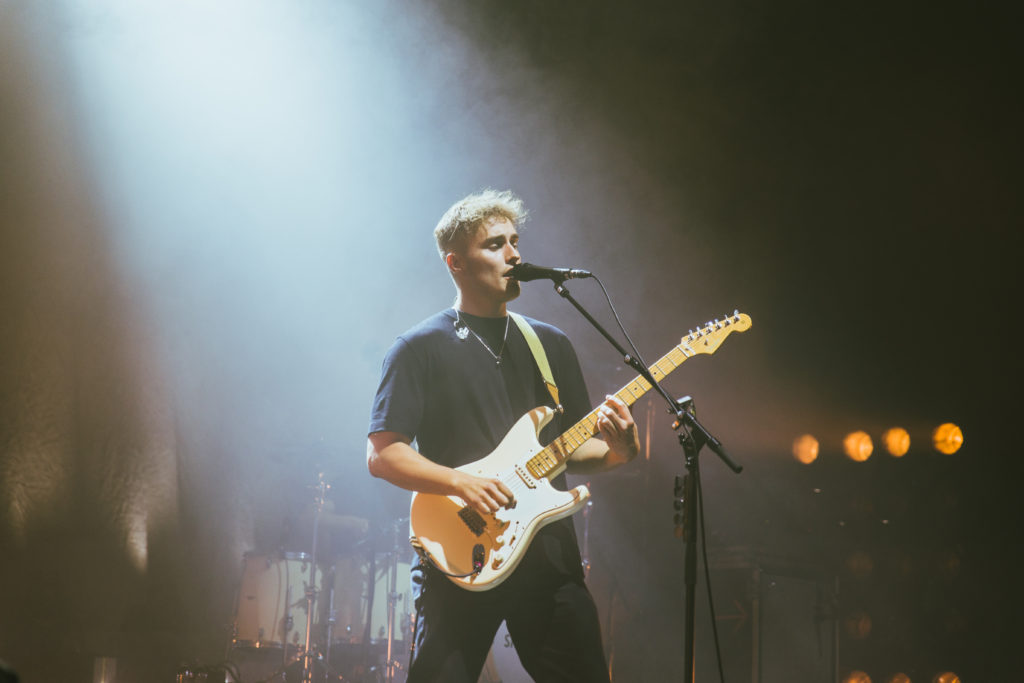 There was an undeniable buzz amongst the whole crowd, as the excitement amongst the fans brewed in anticipation of Sam Fender’s arrival on stage. There was no need for introductions as Fender promptly burst onto the stage and began singing the opening lines of fan favourite, ‘Will We Talk?’; a hit track from Fender’s debut album, Hypersonic Missiles. With every member of the crowd singing along, it was evident the night was going to be full of energy, crowd sing-alongs, and dancing.

Following on from this came the mournful track, ‘Dead Boys’, an ode to the particularly high rates of male suicide in Fender’s hometown and the friends he has lost. The crowd sang along raucously to the anthemic indie track as Fender captivated the crowd with his rhythmic guitar notes and soulful voice.

The setlist was a relatively short one but contained the perfect amount of old and new including, ‘The Borders’, ‘Play God’, ‘Get You Down’, and title track of the upcoming album, Seventeen Going Under. With what is seemingly becoming a tradition, Fender played his solo-rendition of Bruce Springsteen’s hit track, ‘Dancing in the Dark’, to which fans reacted with the utmost joy as the cheery sing-along began. It is evident that Springsteen has impacted Sam Fender’s songwriting and performance style as he confidently makes the song his own.

Finishing the set with powerful track, ‘Hypersonic Missiles’, saw the crowd celebrating one of the songs that shot him to fame. It was obvious the crowd knew it was their last chance to give it their all, as mosh-pits broke out and pints went flying – a unique symbol of an incredible and memorable gig. Ending the show on a high, it was a refreshing welcome back to live music with a brief look into a hopeful future that this generation’s new breed of British indie-rock music has promise and authenticity.

Tickets are available for Sam Fender’s upcoming UK live shows in November as well as his biggest tour to date, which includes headlining arena shows all over the UK in Spring 2022. Tickets can be purchased here.