You are here: Home / Culture / Music / News / Leeds Festival 2022 line-up announced – here’s where you can get tickets 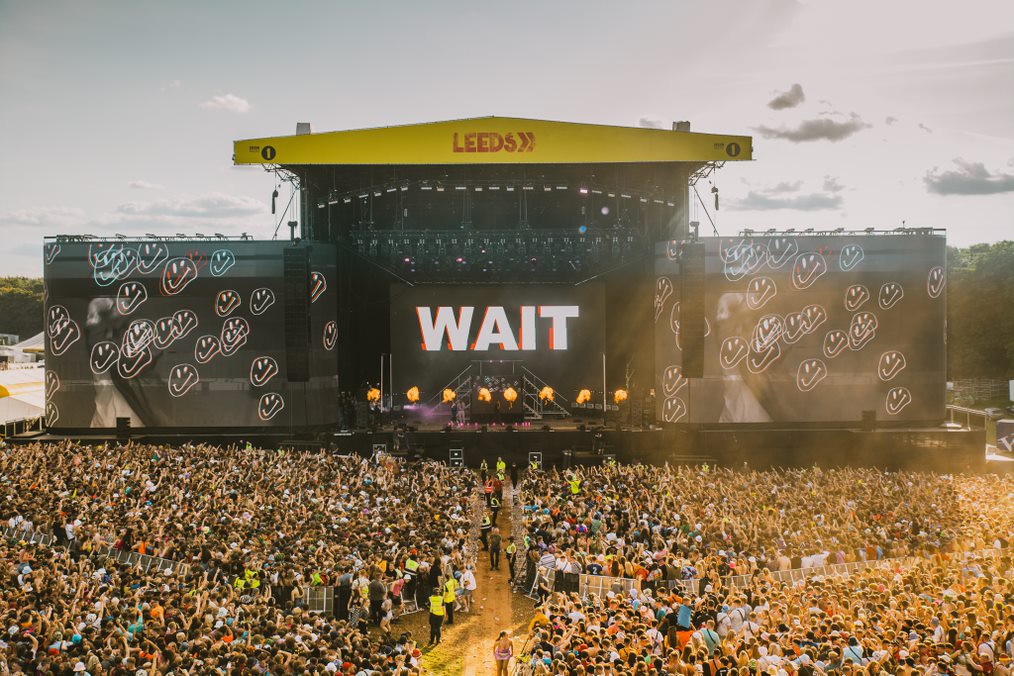 Every August, the previous year’s lineup for Leeds Festival seems impossible to top, yet it happens each time without fail. In case you missed it, 2021’s edition saw various industry heavyweights take to the stage, including Liam Gallagher, Stormzy, Catfish & The Bottlemen, Post Malone, Disclosure, and Biffy Clyro.

This year promises to bring just as much, if not more, of the festival’s signature infinite energy and talent. In keeping with their ‘double the headliners, double the fun without clashes’ ethos, festival organisers have confirmed that Dave, Arctic Monkeys, Rage Against The Machine, Megan Thee Stallion, Bring Me The Horizon and Halsey will touch down on Bramham Park next summer. It’s set to be another unmissable weekend – we would advise already mentally booking off the 26-28th of August.

The headliners are a fusion of longtime crowd-pleasers and recent incredible success stories. Decisively the former after forming over two decades ago, American-rock band Rage Against The Machine is always a festival favourite. Thousands of voices singing to their hits such as ‘Killing In the Name’ will be unmissable.

“Don’t believe the hype” were the words uttered by Alex Turner before Arctic Monkeys began their ascent to indie-rock stardom. After forming in Sheffield, a stone’s throw away from Leeds, it’ll certainly have the atmosphere of a hometown show. It’s the first time the band are playing live since 2018’s ‘Tranquility Base Hotel & Casino’ tour, so their return to the stage in 2022 is certainly overdue.

Another band that famously formed in Sheffield, Bring Me The Horizon, has also constantly evolved after almost 20 years together. Their fusion of genres from rock to metal and pop has consistently kept their fans in awe. The only thing we can guarantee about their set will be delightfully unforgettable carnage.

Bring Me The Horizon’s frontman Oli Sykes has previously said: “To be headlining Reading and Leeds was never even a dream of mine as it’s something I could never imagine happening. I just never saw our band as a festival headline act. But now [that] it’s happening I promise you we are going to put on the best show of our lives.”

A natural choice for a festival headliner is Halsey who has always crafted music that has both resonated with others and caused them to reflect on the world around them – creative ingenuity at its finest. When you think of rap hits, Megan Thee Stallion’s ‘Savage’ and ‘WAP’ should certainly come to mind. Her debut on the main stage has been a long time in the making. They’re the first female headliners since 2014 and have more than earned their place.

A once in a generation artist, Dave’s signature rap and hip-hop talent know no bounds. He’s the youngest solo artist to ever headline Leeds Festival and will certainly celebrate this achievement with the crowd at the festival this summer.

The headliners aren’t the only draw to Leeds Festival. Becoming synonymous with showcasing the best in the business, they’ve also booked a whole range of other new and crowd-favourite artists. Indie-rock band Wolf Alice, will be returning again for 2022 for their highest main stage appearance to date. Bringing their post-punk musings all the way from Dublin, Fontaines D.C should also be on your watch list. Synth-pop band Glass Animals and indie-rock favourites Pale Waves are also set to grace the main stage.

Hoping to finally make it this year, the Rap-metal band Fever 333 will definitely bring their chaotic energy with them to Bramham Park from California. Keeping this a global affair, Måneskin will also be travelling from Italy to give the Leeds crowd a taste of their glam-rock hits. Another act making their main stage debut, Kid Brunswick will be bringing his rock-rap skills and crowd inciting thrills.

Melvin Benn, Managing Director of Festival Republic said: “With so many amazing acts set to play, Reading and Leeds is set to return as the ultimate festival weekend of the summer: defining the sounds of modern groundbreaking music. I cannot wait!”