You are here: Home / Culture / Film / News / BaAh! Humbug: Film round up – Christmas horror nasties and tales of the macabre 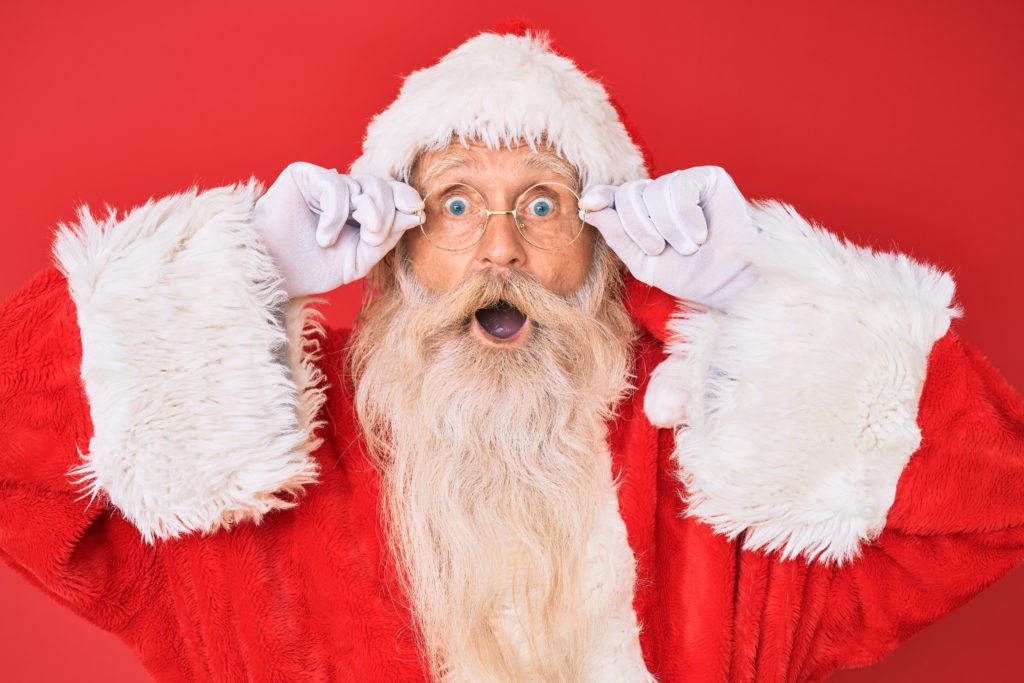 The folklore of the Christmas fantasy tale lends itself well to the horror genre. Even the most beloved Christmas films have elements of the macabre. It’s A Wonderful Life sees a man on the brink of suicide and, without the slapstick comedy, Home Alone is about a boy who is bullied by his family, neglected by his parents and then hunted down by a pair of psychotic burglars. And even the world’s most beloved yuletide tale of all, Charles Dickens’ A Christmas Carol, is a ghost story. But if you’re looking for a real scare this festive season then look no further than aAh!’s specially selected top 10 films for those on Santa’s naughty list.

The premise of this low budget 80s slasher may sound like a gimmick, but beneath the surface of the perversely satisfying exterior of Santa Claus rampaging through a town wielding the sharp end of a toy soldier’s sword, there is a sensitive character study that explores a psychotic man’s pursuit of adoration. Taxi Driver meets Halloween, Christmas Evil is the ultimate cult Christmas horror classic that simply can’t be missed.

Stream Christmas Evil on Shudder or buy on Blu-ray/DVD

Based on German folklore, Krampus, the ultimate anti-Santa, terrorises a family that has forgotten the real meaning of Christmas. This tongue in cheek comedy-horror is a chilling yet enjoyable twist on traditional Christmas tropes. With a great cast of B-list actors and moments of genuine horror, fans of Drag Me to Hell and Evil Dead 2 would be wise to put this on their wish list.

Blurring the lines between fact and fiction, Pablo Larrain’s biopic of Princess Diana is a surprisingly horrifying watch, haunted throughout by the ghost of Anne Boylen. Spencer follows Diana during a Christmas at Sandringham as she spirals through a mental health crisis. Aided by Jonny Greenwood’s gloriously suspenseful score, the film is an enthralling dive into the archaic cult-like world of the royal family.

Never expose it to sunlight. Never get it wet. Never, ever feed it after midnight. When these three rules are broken, all hell breaks loose in the fictional upstate town of Kingston Falls. Gremlins is a fun yet terrifying look at how gifting an unusual and exotic pet for Christmas can pose great health risks and even at times, resulting in death. Spielberg’s influence as the film’s producer is hard to ignore as Gremlins manages to mix family fun with elements of pure horror. Fans of movies about ‘the unknown’ such as Ghostbusters and E.T. will have lots of fun with this one.

A sorority house is stalked by the creepy phone calls of a psychotic murderer in this pioneering Canadian slasher which set the groundwork for so many others that came after. Part detective thriller, part horror, the film is a sobering tale that takes itself very seriously. Despite its title, Black Christmas may be the least Christmassy film on our list. But any excuse is a good excuse to see one of the greatest slashers of all time.

Not often is The Dark Knight related to the festive period, however Batman Returns has more subtle nods to Christmas than a utility belt has batarangs. From Penguin’s intense disdain for the season of cheer being akin to that of The Grinch, to Arkham thugs jumping out of a giant Christmas present to attack the people of Gotham during a Christmas tree lighting. Tim Burton’s stunning, snow-covered noir is propelled even higher up the Christmas movie rankings thanks to Danny Elfman’s beautifully gothic score.

This fantasy adventure film is set in the snowy mountains of Lapland in northern Finland, the place, according to legend, to be the home of Santa Claus’ workshop. By using Finnish folklore as a stepping stone into a deeply disturbing Christmas tale, where Father Christmas isn’t one festive symbol of holiday cheer but a slave species known as Joulupukki, Rare Exports indeed lives up to its name as a unique gem within the Christmas cannon.

Growing up and separating from family is hard, especially around Christmas, but just when Anna and her friends thought they had it hard enough, a deadly flu brings people back from beyond the grave. This genre combo of comedy-horror-musical is a mix of Shaun of The Dead and High School Musical. With an upbeat score and scenes that pull on heartstrings, this one is for fans of zombie clichés and cheesy Christmas songs.

Stream Anna & The Apocalypse on Amazon Prime and Shudder

Christmas is a time to treat yourself, right? But at what cost? This Stanley Kubrick mystery-drama delves into the psychological horrors inflicted by adultery and plays on the fears of doing wrong. The most horrifying part of the film shows how damaging such a common ordeal can be for those on the receiving end of an unfaithful partner. Kubrick has a very particular way of directing, so if you enjoy his other films, you’ll be sure to love this too. Although, with a run time of around three hours you may just struggle to keep your eyes wide open.

A lonely child prodigy sets up a series of traps in an effort to protect his house from a psycho Santa in this festive home invasion horror. Nope, we’re not talking about Home Alone, although Deadly Games director Rene Manzor did threaten to sue them having released his cult classic a year before. The film is achingly difficult to get hold of but perhaps if you’ve been good this year, Santa Claus will put it in your stocking.