You are here: Home / Culture / Music / “Keep the faith and lose yourself in music”: Classic Vintage Live Albums To Get You Through the Pandemic 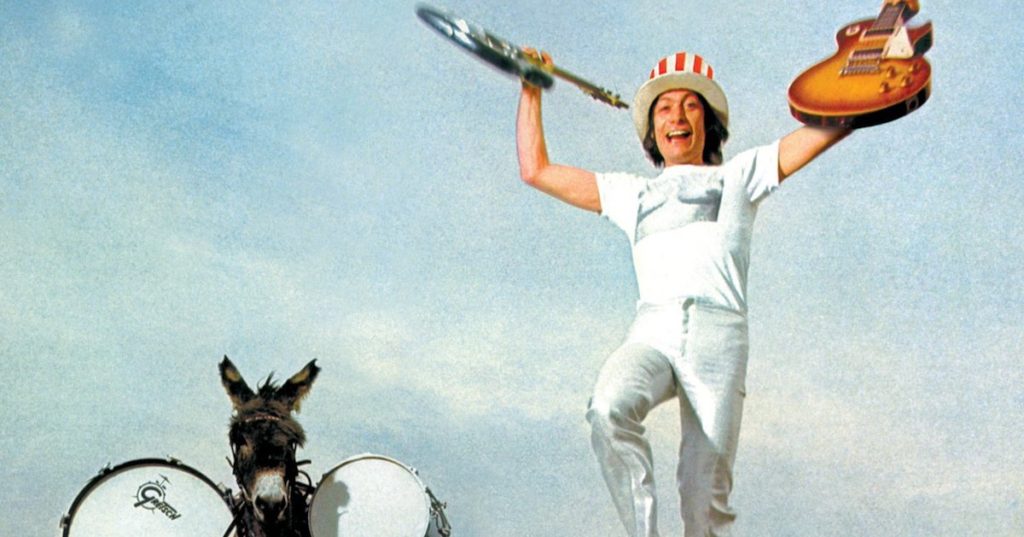 The return of live music has never seemed so uncertain. Three months have passed since the government’s nonchalant suggestion that working musicians should rethink their way of life. Times are tough for lovers of live music.

With this in mind, we have compiled a list of classic vintage live albums. There should be enough here to keep you absorbed over the lockdown period. Thankfully, some of these albums capture the spirit of a live concert so well, you could almost be in the room, so to speak.

First up is Jackson Browne’s Running On Empty. The album is themed around life on the road, which might make it a favourite for any musician missing the touring lifestyle. There is remarkable songwriting across the album, which Browne is well known for. The musicianship is also fantastic. Running On Empty opens and closes with two radio-friendly live singalongs: the title track and ‘Stay’, respectively. However, the songs in between are unlike those on any other album on this list. Live tracks are placed next to songs about the road, recorded on the road. Nothing evokes the feeling of joyful isolation like ‘Nothing But Time’, which was recorded on a tour bus while the band travelled to a gig in New Jersey from Portland, Maine.

Close your eyes. James Brown’s voice is his mind, and the band is his gyrating body. Brown’s voice is perfectly recorded here. It is incredibly powerful. It is one of the most powerful instruments you will ever hear. Though he is not a technically flawless vocalist, he can project an amazing amount of emotion. He raps, scats, and croons his way through this set like a man on fire. On ‘Bewildered’, he uses many of his familiar lyrical reference points to tell a story of empowerment. He has lost his love, but he is strong enough to get through. You feel everything he describes.

If music is communication, then James Brown’s music is some of the greatest. His scats often include the titles of his own songs, which can be amusing. On the instrumental ‘Lowdown Popcorn’, Brown takes to the organ. He makes that sing too. The musicians are incredibly tight, which is perhaps unsurprising as Brown famously ran a tight ship. There were rumours he would fine his musicians for every bum note they played. After this set, which was recorded in his hometown of Augusta Georgia, one has to wonder if he gave them bonuses!

The Band, The Last Waltz

The Last Waltz is a recording of The Band’s final concert. The Band became famous as Bob Dylan’s backing band a decade earlier, and here Dylan joins them for two songs, including ‘Forever Young.’ The album contains all The Band’s greatest material. The musicians were very tight, as some of them had been playing together for 16 years. The farewell concert was envisioned by The Band’s road-weary guitarist Robbie Robertson as a way for them to retire from the live circuit and become a studio band. However, this never happened. As a result, The Last Waltz is The Band’s epitaph. Arguably, it is their finest hour. As well as Dylan, they are joined by Ringo Starr, Neil Young, Joni Mitchell, Eric Clapton, Muddy Waters, and Ronnie Hawkins, but the standout cameo appearance is by a seemingly electrified Van Morrison, who performs ‘Caravan.’ A must-listen. Martin Scorcese’s film is also a must-watch this Christmas.

Perhaps less highly regarded now than it was at the time of its release, Get Yer Ya Ya’s Out is a total classic. The album is a document of The Stones at their stylistic peak. The album includes performances of tracks from not one but two classic albums, Beggars Banquet and Let It Bleed, by a band heard live for the first time by American ears since 1966. Brian Jones had died, and they sound like a band with a point to prove. The album’s centrepiece is 9 minutes of ‘Midnight Rambler.’ This is a song Keith Richards describes as a “blues odyssey”, and it never sounded more succinct than it does here. It is recorded and mixed beautifully. The version of ‘Sympathy for the Devil’ here sounds both intimate and satanic, appearing equally as if it was recorded in a packed pub or Lucifer’s basement.

The Stones were never as funky as they were from 1969-1972. Mick Jagger jokes, “Charlie’s good tonight, ain’t he?!” There is truth in this humorous aside. Charlie Watts and Keith Richards propel the Stones to their live peak here. This album is special because it catches the band before they added saxophones to their live setup. This is pure two-guitar rock n roll. Crucially, Mick Taylor had just joined, and Keith Richards was yet to be temporarily lost to heroin. The strongest live Stones set, bar none. And any Stones set beats a set by almost anyone else in Rock n Roll.

Sadly no video was recorded of the performance that became Bob Marley’s Live! album. Copyright issues meant that London’s Rainbow Theatre didn’t allow cameras. Luckily the recordings draw sound pictures so vivid they burn in the mind’s eye of the listener. Marley’s poetry is so simple, even a child could understand it. Yet his concise songs have a filmic quality. They are folk songs that evoke the Jamaican country. Jamaica is the nation that Marley brought to the world. Bob Marley should never be underestimated. Musically, these songs are never as well served as they are on the Live! album. Young guitarist Al Anderson shines as a soloist, especially on the now ubiquitous, ‘No Woman No Cry.’ This song is performed and recorded so beautifully that there is no need for a studio version. Bob Marley was a messenger, and here is the evidence that he was at his best in front of a crowd. The tracklist runs from the political, ‘Them Belly Full (But We Hungry)’ and ‘Get Up Stand Up’ to the sexual ‘Stir It Up’ and ‘Kinky Reggae’ with an unwavering intensity of emotion.

If Live! is reggae’s quintessential live listening experience, then soul music has to be Donny Hathaway’s Live. The set includes many covers, which Hathaway makes his own. They are so imbibed with his individuality here that these could arguably be called definitive versions of John Lennon’s ‘Jealous Guy,’ Marvin Gaye’s ‘What’s Goin On,’ and Carole King’s ‘You’ve Got a Friend.’ Hathaway’s performance is so effortless that he makes the originals seem somehow forced in comparison. His extended original compositions are also spellbinding. There is a 12-minute rendition of ‘The Ghetto,’ which could be the ideal soundtrack for a drunken Christmas dance. The near 14-minute closer ‘Voices Inside (Everything Is Everything)’ could be too; it’s a four-part groove that’s slow enough for even the sloppiest among us to keep time to it. Live is an uplifting listen. It will move you in many ways.

Keep the faith and lose yourself in music. It’s better than reality.