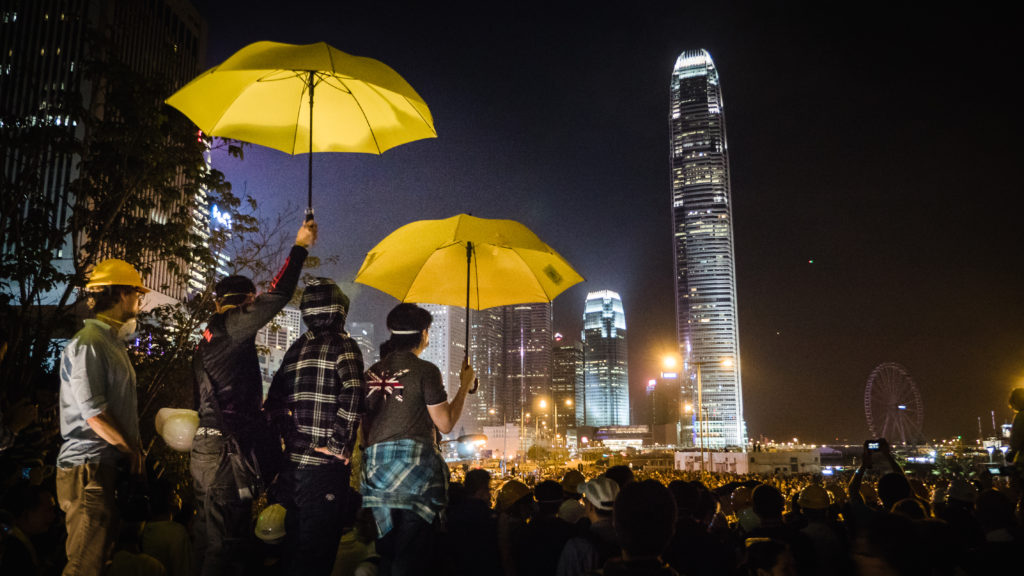 There has been much opposition to the new immigration path introduced by the Home Secretary Priti Patel for the people of Hong Kong who are fleeing the tyranny of the Chinese Communist Party (CCP). The Home Office is reportedly granting five passports a minute to Hong Kong residents which is a high number but a number that will set the tone for Global Britain post-Brexit. This is not free and unlimited immigration like the UK had with the European Union, but rather a bespoke path for Hongkongers who already have, or are eligible for, British National (Overseas), or BN(O), status and their immediate families.

The plan allows BN(O) Hongkongers to apply for a BN(O) visa, which means after five years, they can ‘apply for settlement’ and then seek British citizenship only if they have met all the requirements after twelve months of settlement. The new immigration path also denies Hongkongers moving to the UK the ability to claim welfare benefits and ensures Hongkongers either have a good command of English or demonstrate a commitment to learning English if they pursue settled status. A new points-based immigration system introduced on the 1st of January will also ensure that highly-skilled Hongkongers will be prioritised and therefore benefit the economy.

The UK has an obligation, perhaps even a responsibility, as a signatory to the Sino-British Joint Declaration, to help those less fortunate than ourselves and provide safety for them and, in this case, it is the Hongkongers having their basic, natural rights stripped away from them every day by the CCP. The Hongkongers coming to the UK will contribute greatly to the economy and establish, or move businesses here, which will create much-needed jobs, especially in such an uncertain economic environment.

The Home Secretary is upholding the UK’s commitment to what remains of the Joint Declaration which established ‘One Country, Two Systems’ in Hong Kong. When Hong Kong was under British rule, Hongkongers had the right to live and work freely in the UK, but Margaret Thatcher changed the status of BN(O) Hongkongers in the 1980s. This was at a time when the Hong Kong economy was booming, which meant they no longer had the right to live and work in the UK, despite the fact Britain owned Hong Kong. The Government’s policy is restoring the rights Hongkongers had 40 years ago.

The CCP has rid Hong Kong of any official opposition by detaining any pro-democracy campaigners from activists, such as Joshua Wong and Agnes Chow, to billionaire Apple Daily proprietor Jimmy Lai. The Legislative Council has been transformed from an open chamber for debate and scrutiny to simply rubber-stamping CCP legislation by Chief Executive Carrie Lam. The supposedly free and fair elections held for the Council, which have been conveniently postponed due to the COVID-19 pandemic, have been wrought by corruption with pro-democracy candidates being disqualified and current pro-democracy legislators being pressured into resigning their seats. The freedom fighters of Hong Kong face a grim future if the world turns its back on them, and that is why we have a moral duty to help them.

It cannot go unnoticed that such huge numbers of people would be moving here when we have such difficulties domestically. Millions of Hongkongers will not be arriving at UK airports on day one. It is a plan which sees a steady flow of Hongkongers arriving over a number of years and as written above, they would not be seeking citizenship for many years after arriving. The arrival of the Hongkongers will bring a huge boost to the economy, with estimates suggesting that they would contribute between £2.4 billion and £2.9 billion over five years in taxation alone.

In terms of the housing market, which is currently under pressure, house prices are currently at an all-time high, which will give the economy a huge boost when they arrive and start on the property ladder. The Chancellor pledged in his Budget in March 2020 that a million new homes will be built by the end of the Parliament, as well as housing regulations being reformed to make house building easier and quicker. The market will accommodate the Hongkongers coming to Britain and it will not come at the expense of UK citizens.

It is absolutely right that people challenge the actions of the Government, but the ability to do that has been removed in Hong Kong when simply questioning can result in a life sentence, which is why the Government is giving Hongkongers sanctuary. There are an estimated 2.9 million Hongkongers eligible for BN(O) status who can accept this generous offer. Moreover, the persecution of Uyghur Muslims in Xinjiang, or East Turkestan, is one of the worst atrocities the world has seen since the Holocaust and very few countries are calling China out on it.

Hong Kong is just the start of the UK Government’s fight back against China, and the world must stand united against the grotesque actions of this regime. Confronting China militarily will fail because the UK simply does not have the capability to fight such a huge army, but using our soft power to challenge them is currently one of the only ways to institute serious and meaningful change. It should not be forgotten that there are other things the UK is doing to challenge China’s growing influence.

The Global Human Rights Sanctions Regulations 2020, which applies sanctions on individuals, will be a significant deterrent to CCP officials who have financial interests in the UK and will reaffirm the UK’s opposition to the suppression of democracy and freedom in Hong Kong, as well as for the exploited Uyghur population. The Government also has the National Security and Investment Bill going through the House of Commons, which will address the lack of transparency with foreign investments and create oversight to ensure business transactions protect national security.

This one, bespoke immigration pathway simply scratches the surface of what the UK and the rest of the world must do to champion the rights of the oppressed and persecuted.