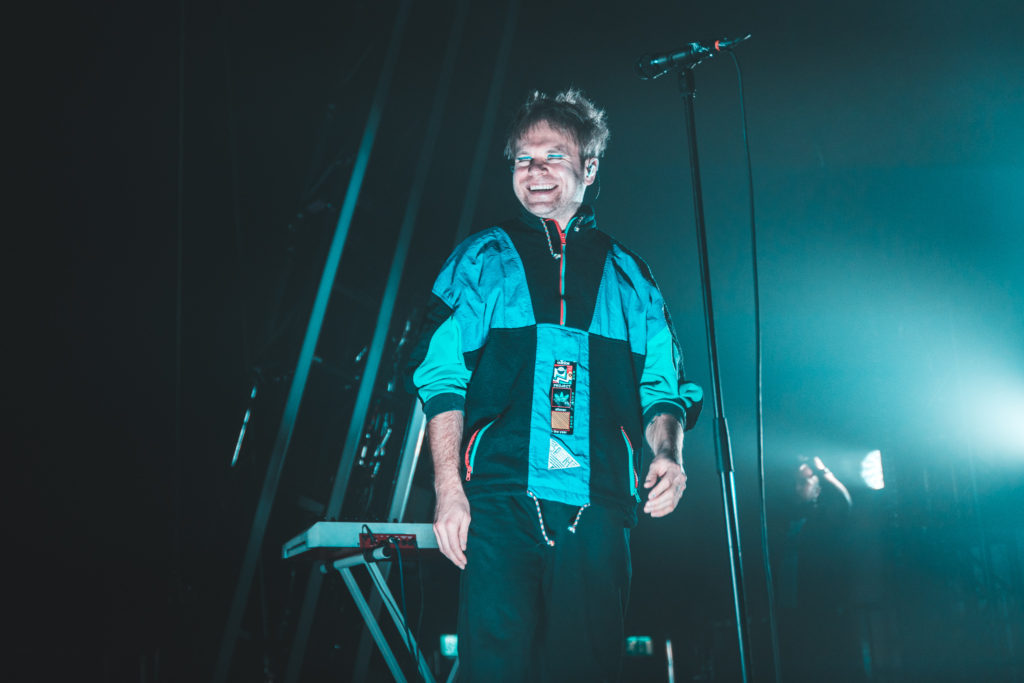 “The next travel into the Great Unknown will commence in six minutes,” the countdown stated in between a pause in the soul/funk playlist the crew played to warm up the crowd. As the fans sang along to Aretha Franklin, the atmosphere buzzed with excitement to see the rock n roll ravers, Enter Shikari, take to the stage.

Opening with ‘THE GREAT UNKNOWN’, as the music began, confetti cannons burst, immersing the crowd in brightly coloured paper. However, the beginning of the show became anti-climatic as the band struggled with technical difficulties. Shikari’s dedicated fan base that has grown over the past 13 years didn’t seem to mind as they chanted a well-known Shikari chant from the ‘Common Dreads’ era.

“Still we will be here, standing like statues,” the crowd sang loudly as the band took a minute to solve in-ear problems. As the crowd’s chants echoed around the venue lead singer, Roy Reynolds, joked that there was no need for the band to be there, finding humour in the situation.

With all technical difficulties behind them, the band restarted the song with just as much enthusiasm as before and the fans soaked it up. There was a noticeable absence on the stage, as bassist Chris Batten was sidelined by a positive Covid-19 test, the reason we’ve been without Enter Shikari’s live shows for so long. Reynolds addressed this and teased that an unoccupied keyboard on stage was there to represent Chris in his absence as his spot was fulfilled by a backing track.

The first couple of songs saw a wave of crowd-surfers as the band went through some fan-favourites from the third album, A Flash Flood of Colour, lit up by Shikari’s immersive light show. The stage presence and production for the show, as always, was entrancing, a perfect setup for escapism from reality.

The 19 song setlist saw a range of songs both old and new. At long last, fans got the chance to hear songs from their latest album, Nothing is True & Everything is Possible, released during the pandemic. A particular fan favourite being ‘{ The Dreamer’s Hotel }’.

‘Sorry, You’re Not a Winner’ saw a mass clap-along amongst the crowd, connecting all fans who have known of the band since 2007 and those newly recruited. This song never fails to encourage the crowd to bring the energy to their own performance as they moshed along to the legendary Enter Shikari fan favourite.

The night was an epic return from Enter Shikari to Manchester, bringing back their unique take on combining different genres but keeping it alternative. There is something truly special about watching Enter Shikari’s anthemic and visually impressive performance live and seeing the crowd create an unrivalled level of energy.

Ending the encore with ‘Live Outside’, it is confirmed we would love to continue to live in the Great Unknown if this is what it is like to be there.