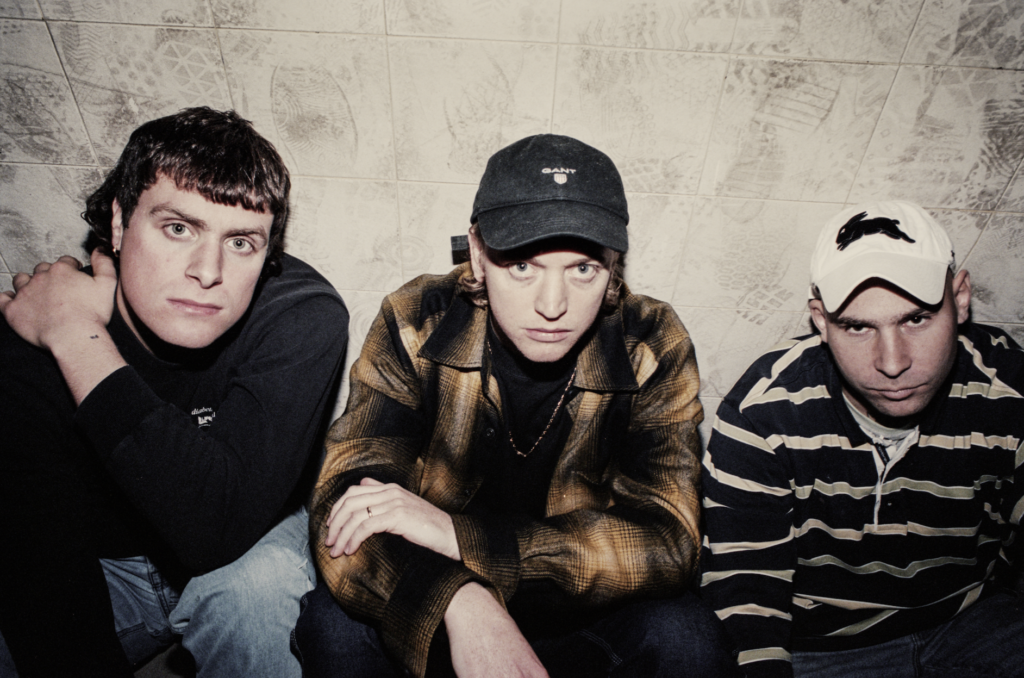 A band that has managed to cultivate a bigger audience in the UK thousands of miles away from their hometown, DMA’S have certainly felt the restrictions on the freedom to travel this year. Formed in Sydney, they’ve successfully built a fanbase on the premise of always staying true to themselves, away from the limits of genre or other people’s misconceptions. The freedom to create music without boundaries and travel the world are both clearly integral to the DNA of DMA’S.

Speaking to co-songwriter and guitarist, Johnny Took over Zoom, he is aptly surrounded by an array of musical equipment at his studio in Melbourne. Sporting a black puffer jacket and bleached blonde hair for our chat, DMA’S are no strangers to misjudgements concerning how they dress.

“There’s been times when people thought we were rappers but we just dress how we want to dress and write the music we want to write. We like writing noisy, poppy love songs. I think people appreciate when there’s a certain candidness to the lyrics,” says Took.

Commonly referred to as ‘adopted Brits,’ Took believes their connection with the British is largely down to their influences: “You really get the history of music and why it’s so important to the people in the UK. We’re just happy that they have jumped on board.”

For Took, finding freedom in music is everything. He says, “If I can wake up and go to the studio, I get back to that feeling that I had when I was a teenager when I first started writing songs. When you start getting lost in a song that you almost forget yourself; and that’s freedom to me.”

Being able to lose yourself on stage and tour the world is a big part of who DMA’S are. One aspect Took has missed the most about touring the UK is meeting new people, especially because he feels that the UK has become such a large part of their identity as a band: “Probably the majority of our fans now are in the UK, even over Australia. We miss meeting new people. I miss playing the songs in front of crowds that are so incredibly passionate about the music.”

Took enjoys the freedom multiple shows in one city gives him and his bandmates: “Because all the gear has already been loaded in and you’ve already sound checked you get to just roam and discover. That’s really nice.” Being a tourist in a city is undoubtedly one of the perks of the job. Their Brixton show in London is a clear highlight for the band and they always enjoy exploring Glasgow and Manchester.

It’s been over a year since the band released their third studio album, The Glow. On their forthcoming autumn tour, they will perform to a combined audience of 65,000 people. The venue Took is most excited about is The Corn Exchange in Edinburgh: “I’ve never been there. We’ve just released a surprise EP, which is really cool. I’m looking forward to playing some of those tracks on it.”

Their latest EP, I Love You Unconditionally, Sure Am Going to Miss You is focused on the close relationship the band has with their fans. “The engineer who was helping us with it was Dylan Adams. He did the first album and EP. It was funny because it was pretty much all of the same musicians, but just seven years down the track,” says Took.

The EP offered the band the freedom to go back to their roots, as Took’s love for bands such as The Jesus and Mary Chain, Oasis, Blur, My Bloody Valentine, and The Verve are broadly known. It contained their first electric guitar ballad in the form of ‘Junk Truck Head F***’ and ‘One Way’ was louder than anything on The Glow. They intentionally wanted to push these boundaries without any pressure. In ‘Viol’, Took can be heard singing and on ‘Junk Truck’, frontman Tommy O’Dell’s voice can be heard for the first time with an electric guitar. Always keeping the old fans in mind, they didn’t want to copy their old work but simply hark back to it.

Took says, “It was fun working on this record because we weren’t putting any limitations on ourselves. We wanted to make it really noisy and not just like a traditional pop mix on it, where the vocals and drums are really loud but everything else is foggy. We want the guitars to be really loud again like our old stuff. I think with the response people get that. They understand that’s what we wanted to do.”

Luckily though, Took has never felt creatively constricted in his craft, which is partly due to his self-confessed love of pop music, his producer Stuart Price, and adoration of music equipment: “I record. I like buying gear, and I like having my hands on stuff and pushing my limits.”

After already stating that he’d love to help produce other bands, although he may not currently have his eye on any musicians to produce, that doesn’t mean it’s not going to happen in the near future. He’s currently planning a potential move to the UK next year to be able to do writing sessions with artists, especially after the success of I Love You Unconditionally, Sure Am Going to Miss You, which was wholly self-produced.

As DMA’S grow, so do their goals and creative boundaries. Although at their core, as Took explains “[DMA’S] are just getting back to that magical youthful feeling of when you were a teenager”. He adds, “We had a naivety to the world when music wasn’t your job then. You could just be completely free. That’s one of my goals, just to stay focused on that and to keep my values in check.”

Being in a band is something Took has found difficult at times, with pressure to think about what’s getting played on the radio. While this is important, it’s also something which he’s taken on board as if you write in a certain way, then you can pick the best aspects of different genres. His writing process also takes some inspiration from one of his favourite songwriters, Jeff Tweedy, who writes music between 1am and 3am.

Songwriting isn’t Took’s only passion. If he had a day where he could do anything he wanted, he’d like to play a DJ set of his own hardcore dance music: “Just me and a festival with like 50,000 people at midnight. That would be amazing. Just everyone dancing and having a great time.”

Looking towards the future, being part of a music industry that provides equal opportunities is the goal: “I think there’s a lot of good stuff happening out there but there’s a lot more work to be done. I think you should be treating anyone like you’d [want] to be treated, and you never know what people are going to do in the future. That’s why you should always treat people with respect.”

Keep up with DMA’S: