You are here: Home / Culture / News / as british as a watermelon by mandla rae @ Contact review – a darkly comic contemplation on a life of trauma and rebirth 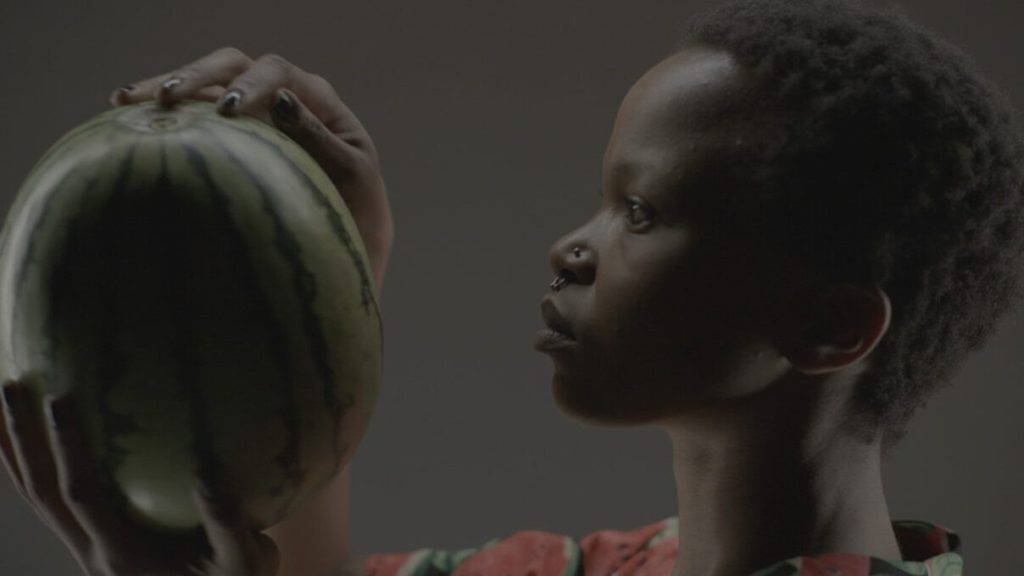 as british as a watermelon follows mandla on a dreamlike journey through their selective memory as they piece together a life of trauma and rebirth.

mandla rae is a queer Zimbabwean writer, performer and curator. They are agender and their pronouns are they/them. Their work typically explores their intersectional existence and their response to the world around them.

Contact, Manchester held the series of performances as a live world premiere in collaboration with Black Gold Arts Festival.

The play’s stylistic choices are triumphant in their simplicity. mandla was decked out in colourful matching watermelon patterned shorts and top. Two glowing doorways on either side of a square shaped performance space framed a single table and around a dozen watermelons were scattered across the floor.

Throughout the performance mandla cathartically decimates the watermelons, stabbing them with screwdrivers and hammers, scooping out the insides and creating something new, as they retell their story of “rising from the dead”.

mandla’s sweet demeanour contrasts with the weight of the play’s themes and creates a darkly comic tone to the performance. Using their calming and contemplative voice, mandla muses on religion and the motives of God if one existed and recounts fragmented memories of asylum and migration.

mandla held the attention of the audience with ease which is a testament to both the delivery of the performance and their writing and artistic choices. Alumni of popular spoken word collective Young Identity, with as british as a watermelon, mandla has graduated into a world class performance artist.