You are here: Home / Creative / “You think you are writing something stupid, but you surprise yourself”: National Creative Writing Industry Conference Offers Insight on Writers’ Inspiration 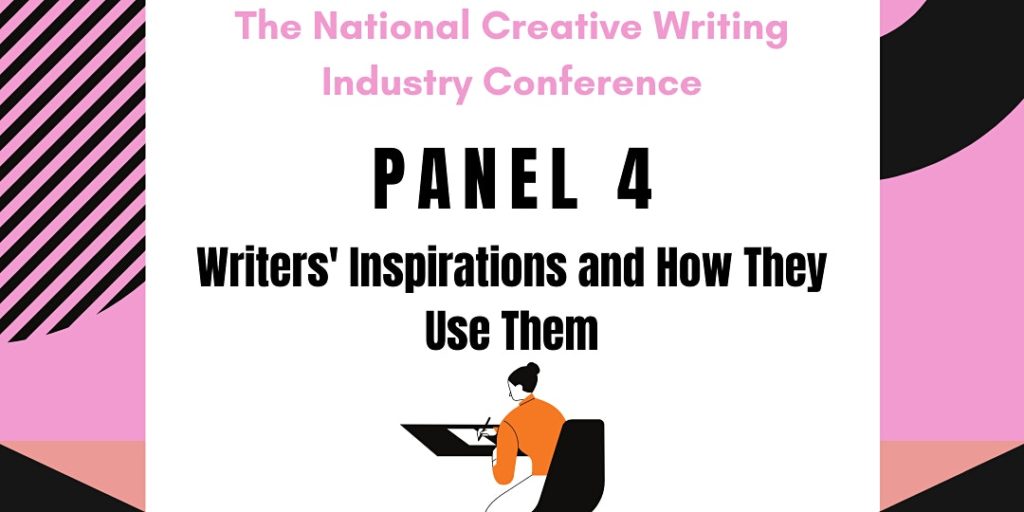 Budding writers looking for inspiration were in for a treat as the National Creative Writing Industry Conference concluded this week with discussion titled ‘Writers’ Inspirations and How They Use Them.’

Four writers of different forms and genres discussed where they each take influence from and the processes of practically applying this to their work.

The panel featured Monique Roffey, author of The Mermaid of Black Conch, Luke Brown, author of Theft and Marina Benjamin, author of Insomnia. The event was chaired by Anjum Malik, Senior Lecturer of Creative Writing at Manchester Met, and arts practitioner who focuses on scriptwriting and poetry.

Speaking on why she started writing, Malik said: “I liked giving back and moving away from herself.” She started the discussion off by asking the authors how they came up with the inspiration for writing their latest work.

Monique Roffey, the award-winning Trinidadian-born British writer and memoirist, talked about how a fishing competition seven years ago became the inspiration for her latest book. The image of a fish hung by its tail, and the tradition of play mask in Tobago, lived in her. She dreamt about the image until 2016 when she sat down to write her book The Mermaid of Black Conch.

About the way she writes, Roffey said: “It’s a kind of synchronicity, something happens that then perforates my unconscious, my dream world, and the mechanism starts”.

Marina Benjamin, who writes across the non-fiction landscape is a Senior Editor at Aeon magazine. She is also a Consultant Fellow for the Royal Literary Fund and a creative writing tutor at Arvon. Her latest memoir Insomnia is an unsettling account of a twisted love affair with sleeplessness, which came about in a conscious process.

On her latest work, Benjamin reveals how she tried to mimic the nature of insomnia, which she described as a “jagged, self-interrupting, dissociated, and fragmented”. The work started out as a conscious one but, then it became listening and tapping into the unconscious. This according to her is an effective writing technique.

Luke Brown, the third panelist is a writer and teacher of Creative Writing at Manchester University. He is also the fiction editor at Serpent’s Tail, an independent publisher in London. His work began as a property novel, a man looking for a place. The theme echoed his own past after he had moved to London. He wanted to write a 19th-century novel featuring love but the generational resentments, his experience of being a northerner living in London, lists of oppositions and Brexit changed the novel. On asked what inspires him, he replied:

“What’s around me [inspires]; you can slant it and change it and write about what’s going on around you.”

Looking at another author’s work can help you find your own plot. Taking inspiration from other writing and seeing how other people process their work and reading books on how to write. The panelists agreed that reading about writing helps.

“Nurture your ideas, don’t talk about it too much… trust your inner voice. You know much more than you think about the subject.”

Roffey, talked about her “garbage patch” and turned the screen around to show the viewers how she pins her ideas to a wall. For her, the visual representation is her way of writing.

As for research, Benjamin responded, “Always keep writing, even when researching because it is important to have something to come back to and not get lost down the rabbit hole.”

“A book can’t be about one thing, it is about a cluster of things, every book has an ecology, a set of interdependent themes that augments or plays off the other… Everything you put in a book needs more than one reason to be there.”

Roffey added: “When you are stuck do research. Do a lot of field research go to places, write things down, take a lot of photos, do interviews, archival research, see things.”

“If you are making yourself uncomfortable, you are definitely on the right track”

The panel came to a conclusion with the advice to remember the big picture. They encouraged writers to make the most of their time, craft the language in your own way and give yourself time. Do not mix up literature with movies, less is always more. Most importantly, don’t give up.

The National Creative Writing Industry Conference events are available to stream online over on the Comma Press YouTube channel.