You are here: Home / Opinion / Opinion: “As long as we remain silent on racism, our unspoken words become vessels for hatred and inequality” 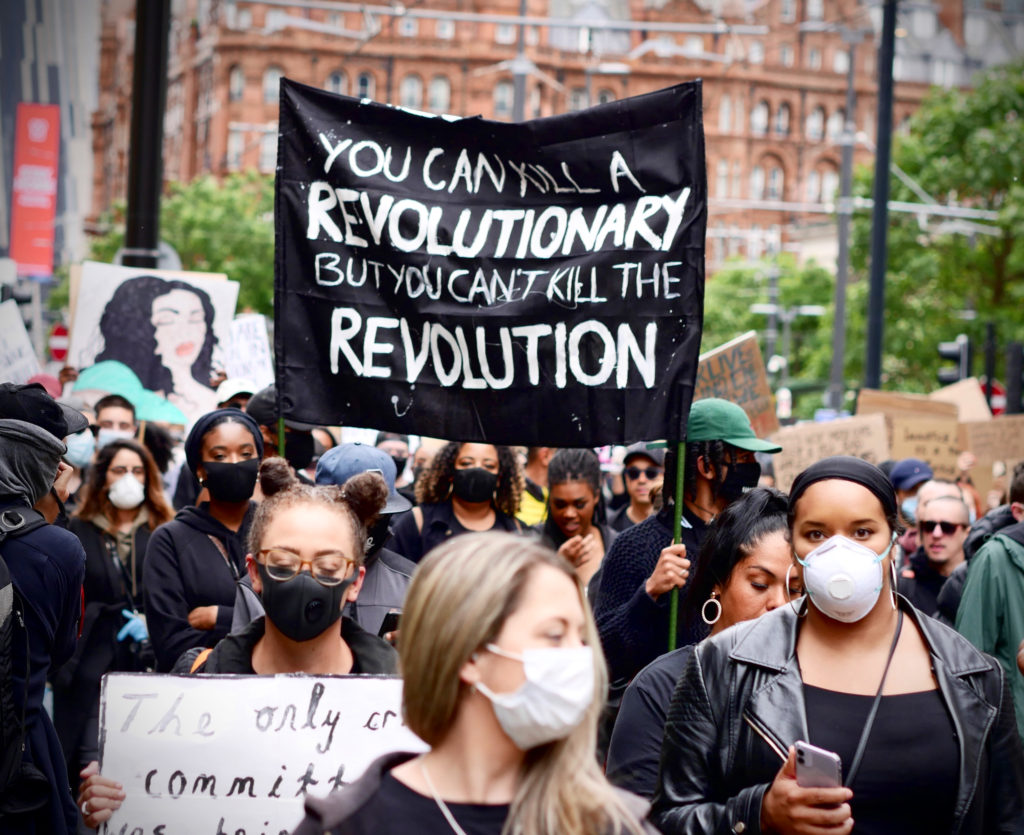 “In the end, we will not remember the words of our enemies but the silence of our friends.”

These were the words of Martin Luther King Junior in 1965.

This quote first caused me to question my own position, having always believed that I was a person who judged others on their actions, rather than their race. American author and anti-racist activist Ibram X Kendi suggests that the opposite of racist, isn’t ‘not racist’ but ‘anti-racist’. Am I an anti-racist? Are you? I will investigate my own privileged position throughout this article.

The world watched as #BlackLivesMatter began trending across social media, following the death of an unarmed African American man George Floyd on 25th May. He died at the hands of white American police officer, Derek Chauvin, who was filmed pressing his knee on Floyd’s neck for eight minutes. This act, combined with the knowledge of hundreds of other deaths of black men and women while in ‘police care,’ sparked large scale unrest. This anger, fear and frustration was felt, not just in Minneapolis, but across America and worldwide. Despite the global Coronavirus pandemic, hundreds of protestors joined marches across the world, including my university city of Manchester, UK.

It felt like a significant leap forward when America elected their first African American president, Barack Obama in 2009. Some commentators considered America to have moved into a ‘post-racial era,’ recalls Michelle Obama in her autography, Becoming, although even then she knew that this was not the case. In stark contrast to Mr Obama, was the president who followed him, Donald Trump. Trump’s motto, “Make America Great Again,” seemed heavily laden with racist undertones. His policies seemed to promote segregation, put barriers up to immigration and take many steps backwards in terms of equality. Trump’s administration has built huge walls, both metaphorically and literally, between America’s people. According to a study by the University of California in 2015, unarmed black people are 3.49 times more likely to be shot by a police officer, compared to an unarmed white person. The world is now holding its breath while we await the upcoming election results and discover whether Trump will be given a second term in office. And if he is, what does this mean for Americans of colour?

I’ve always found the idea of white privilege difficult to understand. As a child, I hadn’t even heard this term. Growing up in a town, predominantly white and working class, I never stopped to think about this issue, most likely because it wasn’t affecting me. I never worried that shop assistants would suspect me of stealing, that I’d be arrested while attending a party or that my race might cause people to treat me differently on the streets. When you’re a white kid, in a predominantly white place, you feel like you fit.

I have a distinct memory of going to a shopping centre in Luton, as a teenager. I remember being shocked that white people were the minority. I’m embarrassed to say that this made me feel uneasy, and even a little fearful. As if people were staring at me, though looking back I am sure that this was paranoia. For the first time, I experienced being a minority. I later began to understand that my underlying anxiety was a product of the systemic racism in society enforced over centuries. Nobody in that shopping centre gave me any reason to be afraid. That fear came solely from me and was part of my unspoken (even subconscious) prejudices.

As white people, we can feel guilty for the historic treatment of black people by our race. There is no denying that the treatment of black people during the years of slavery was barbaric, hateful, and unthinkable. Yet many white people want to be absolved of the horrors of slavery (and the many unforgiveable racist crimes since then), ironically by black people. We say things like, ‘I hate racists, I don’t see colour’ and ‘I would never allow racism in my school/workplace/family.’ We want our black colleagues to say, ‘It’s okay. We’re fine now. Of course, you’re not racist.’ But why should they? The painful history of African Americans is still vivid and the trauma experienced by them has seeped into the next generations. The truth is; racism is pervasive. Our claim to be ‘not racist’ is pointless unless we’re part of the solution, and the first step is acceptance of our own prejudices and existence of ‘privilege’. Robin Diangelo, author of White Fragility, summarised that: ‘It is white people’s responsibility to be less fragile, people of colour don’t have to tie themselves in knots to navigate us as painlessly as possible.’

As I got older, I had been disgusted by films that had highlighted the horrors of racism, sickened when I learnt about slavery and apartheid in Africa and segregation in America. Yet I was completely blind to the race riots going on in my home city, and the racial hatred that was rife around me. Right wing extremist groups still exist, even when the law prohibits them. In her book, I’m Still Here: Black Dignity in a World Made for Whiteness, Austin Channing Brown argues that these groups at least tell black people where they stand, it’s hatred, but its honest about what it is. Austin’s own name reveals the fear her parents had for their black daughter’s potential future challenges, believing that giving her the first name of a ‘white man’ would at least allow her to secure job interviews.

Being someone who hates tension, conflict or confrontation of any kind has led to me staying inexcusably quiet. Quiet, when I hear something that makes me uncomfortable at work, quiet when I hear the news, quiet on social media even, all for fear of being controversial, perhaps of people not liking me. Yet I know that this small-minded ignorance can no longer be excused (could it ever?) What I didn’t realise until recently though, was that I had been making a noise. That noise was silence, and it was deafening.

For every unchallenged Facebook post I ever saw that made me uncomfortable, for every awkward conversation that I tried to ignore in pubs, for the ‘jokes’ that were never funny, for the racist ‘ornaments’ in my grandma’s front room, and for every classroom conversation I didn’t get involved in, I was using my white privilege to step back and ignore it all. Yet for every person like me who made that choice, we allowed racism to continue. Countenancing inequality, leaving it unchallenged and even normalising it. I believe that education is key but when our education system is fundamentally flawed and disadvantages non-white children, how can we move forward? We all have a part in changing the narrative, altering the conversation, in being brave enough to start one.

#AllLivesMatter, have you read that on social media, too? My first thought was, well that’s true I guess, all lives do matter; but it didn’t feel right. It was then that I realised that this was white privilege yet again, begging for attention, approval, to appear to be ‘good.’ Yet nobody said white lives don’t matter, this wasn’t started because hundreds of white people were killed in police custody. Was there ever a time in history, that white people were ever persecuted, killed, even looked down upon, because of the colour of their skin? Nope. I can’t think of that time either. To me, it was at times (I struggle to find a word strong enough) overwhelmingly dehumanising and evil in nature. The fact is that white people colonised and laid claim to what should never have been ours. That white people took it upon themselves to enslave an entire race, to pillage, to rape, to lynch, to burn, to hang other human beings.

This is a shameful history and yet I don’t remember being taught much (if anything?) about it at school. The crimes of our race have been rewritten to suit the racial narrative of those in power. People of colour have been fighting against racism for centuries, yet unless all people stand side by side, how can we make real changes? As long as (white) people see themselves as more deserving or entitled than others, as long as we allow unchallenged racist views or actions, we cannot claim that white privilege doesn’t exist. As long as we remain silent, our unspoken words become vessels for hatred and inequality. As Austin Channing Brown so simply and eloquently puts it, ‘The work of anti-racism is the work of becoming a better human to other humans.’ Surely that is something that we should all be striving for.