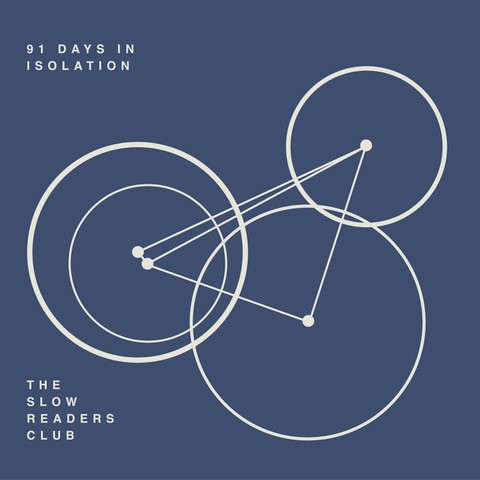 Manchester’s very own The Slow Readers Club have announced the release of their new album, 91 Days In Isolation. Their fifth record swiftly follows their latest Top 10 album, The Joy of the Return, which was released earlier this year.

Adapting quickly to the rules of the UK lockdown during the COVID-19 pandemic, The Slow Readers Club all worked hard remotely from home conjuring up a new and unique album to bring us something to look forward to.

“This collection of songs was written remotely during the UK Covid 19 lockdown. With each band member sharing ideas over the internet, the songs were pieced together at home. When the lockdown lifted we took the songs to Edwin Street Recording Studios in Bury and recorded this album with our producer Phil Bulleyment. We are proud to present 91 Days in Isolation”.

Aaron Starkie, Lead Singer, on the writing process of 91 Days in Isolation.

The band announced the news of their new album during a virtual live performance that was filmed at The Met in Bury. The online set consisted of songs new and old and some unheard of before from the upcoming album. If you missed this exclusive performance and announcement of the exciting news, you can still purchase a ticket here to watch the gig back.

The new album is out on October 23rd, self-released via their own label, SRC Records.

91 Days in Isolation is available to pre-order exclusively on the band’s website with the chance to get your hands on a limited edition coloured vinyl.

If you’re craving an unmissable gig to look forward to, The Slow Readers Club have also announced their rescheduled tour dates for early next year.