You are here: Home / Fashion / Lifestyle / Manchester / Review: Inside Missguided: Made in Manchester 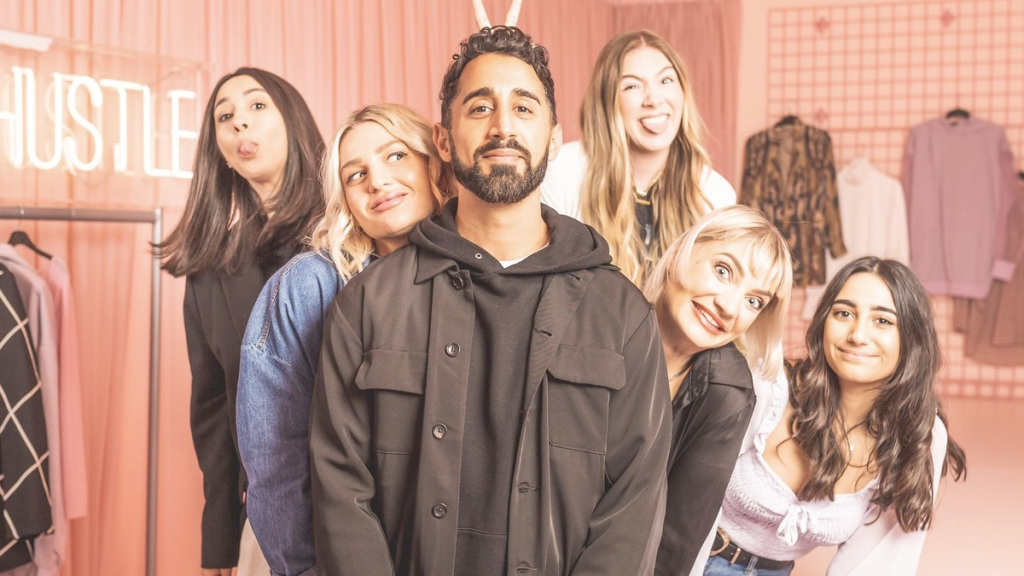 From drinking pints to scoring the cheapest price for a garment – an honest review about the Channel 4 documentary.

Labelled ‘flimsy’ by The Guardian, and Dazed coining the documentary as ‘masking the reality of fast fashion,’ there seems to be a divide in opinion, almost as big as the never-ending Marmite debate – Channel 4’s Inside Missguided: Made in Manchester has not only opened the doors to one of the UK’s fastest-growing fashion empires but opened our eyes to the impacts of fast fashion.

Armed with an iPhone in one hand and a ‘good vibes only’ slogan in the other, Missguided’s ethos of feminism and intersectionality extends beyond the dollhouse-Esque offices to the young team of talent that “make millions every week”.

From the outset, the staff who “swear, drink pints and get their tits out,” seem to advocate female empowerment that in some respects, seems like a regurgitated propaganda. The statement by the narrator: “It may be run a man [pointing to CEO Nitin] but it is definitely us [females] who run the show”, only supports their “empowerment” branding. Among the sea of pink glitter, one thing is undeniable: Inside Missguided boasts designers whose hard work is evident.

Audiences are invited behind the scenes of campaigns with creative leads Treasure and Eleanore or listening to the (arguably alarming) truth behind haggling with buyer Shelley. When it comes to buying, the ethos is more than clear: the cheaper, the better. In many respects, credit is due for a team who, many only in their early twenties, are making such large career waves at tender ages.

As a fashion student in Manchester, there seems to be a constant pressure to advocate and practise sustainability, both inside and outside of the classroom. In my opinion though, this can sometimes feel masked by the prospect of gaining experience in a local industry where fast fashion and consumption is king.

Branding Manchester as the “empire of fast fashion,” it’s not only a title, but a fact. It starts when you arrive at the train station or airport, you are greeted by massive campaign poster’s of the local fast fashion empires, reminding you that you have now stepped on their territory. Now home to mega brands and Missguided competition PrettyLittleThing, Miss Pap and Boohoo, the dark glare of London rent and generations of textile production is helping to reinforce Manchester’s reputation as a city for fashion innovation.

Currently boasting over seven million Instagram followers, Missguided has championed the influencer, Instagram and the Instagram-able, arguably redefining the presence of digital within fashion. In the four-piece documentary, their social media marketing approach becomes very clear: the more diverse, the more Missguided. This vision gets translated into reality by hiring influencers from Jordan Lipscombe to Gemma Collins to be one of their “boss babes”. CEO Nitin Passi puts it frankly – that “rather than be fashion followers, we want to be fashion leaders,” and regarding marketing, Missguided has theirs nailed. In my opinion, this has been the key to their quickly found success; Known for their racial and body diversity in campaigns, Missguided’s ethos of this is undeniable, and is one, in my opinion, all brands should prioritise.

This aside, the company was subject to a recent investigation after garment workers in Leicester were found to have an hourly pay of up to £3.50, with many forced to work despite being COVID-19 positive. ‘Inside Missguided’ seems more of an aim to cover past tracks – in some respects, these lines of empowerment seem to be weakened with every time it’s mentioned. In a company that preaches the importance of community and equality, it seems ironic at this mistreatment of factory workers, not forgetting the obvious illegality and lack of moral compass. Further, it makes me think, that Missguided’s ethos of ‘empowered women can have it all’ seems to only apply to its mostly white Salford-based team, as opposed to the empowerment of a legal living wage and safe working condition for factory staff. Yawn.

The promise of cheap fashion seems to run parallel with the knowledge it comes at the expense of labour forces and high quality design. The documentary has only portrayed on a mainstream level what we already knew – the fast fashion industry in Manchester is big business, growing and not slowing down. In my opinion, artistry is being compromised for business, and to some extent, I think the documentary belittles the process of creating unique, durable designs in favour of commercial appeal. In a span of less than five weeks, one particular dress design is made, shipped and “smashed,” yet it begs the question: is it worth it? I know Missguided have not singlehandedly caused skyrocketing levels of consumption within fashion, but it makes me wonder, if sustainability was even somewhat considered during Missguided’s design process, the lasting impact this could have is monumental.

I think it is important to remember: it’s futile to say fast fashion must stop. For many people that fundamentally isn’t viable. But, the rate of consumption can be – consumer power is helping to change the face of fashion, and I think it is a topic with substance. Regardless, one thing is clear: the documentary is unprecedented. It will be interesting to see though, if Missguided’s history – half pink glossed, half ethically questionable – will come back to haunt them.

fast fashion Inside Misguided: Made in Manchester missguided