You are here: Home / Culture / #SaveTheTivoli campaign launched to save Wimborne’s Tivoli Theatre 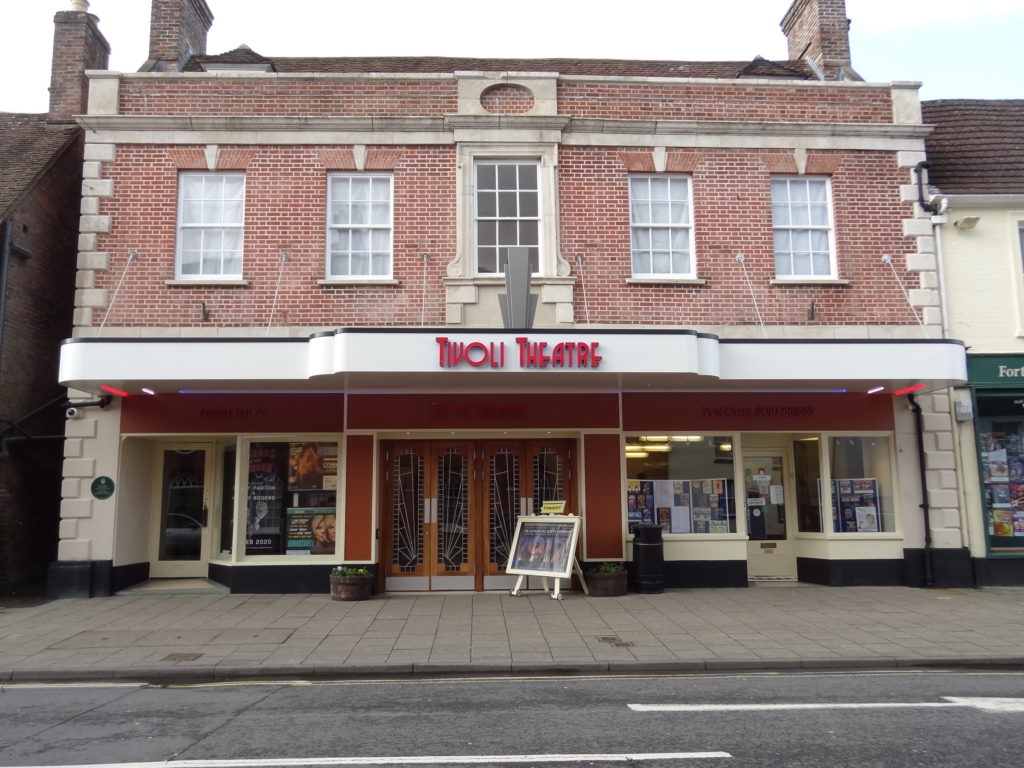 The goal of the #SaveTheTivoli campaign is to help raise vital funds for the local theatre that has entertained the people of Wimborne, Dorset for over 80 years.

During the pandemic lockdown, the government forced theatres around the country to close their doors and await permission to reopen.

As a charity, the Tivoli relies heavily on income from ticket sales, as well as other trading income from the bar and cafe, to remain afloat.

In 1979, the Tivoli was under threat for demolition for a new road scheme. The theatre was an essential part of the Wimborne community, and they raised enough money for a renovation to make it fit for the public again.

Volunteers donated time and effort to renovate the venue, ready to reopen in 1993.

Celebrating its 25 successful years in November 2018, the Tivoli allows locals and visitors to enjoy all manner of films, productions and tribute acts.

While the doors of the Tivoli remain closed, their source of income has stopped and is now solely reliant on donations.

During the first lockdown, the Tivoli campaigned for donations and exceeded their target of £50,000.

Now, during the second national lockdown, the Tivoli has extended its target to £75,000.

Posting on Facebook, the Tivoli said: “When we initially launched our Appeal we had hoped that by now the theatre would be getting back to some normality. However, we are once again back in lockdown, and it seems unlikely that we will be able to function fully until Spring at the earliest.

“We know this is a big ask when you have already been so generous, but unfortunately, we are still facing uncertain times.”

Shows at the Tivoli are set to return in December after the current lockdown ends.

Christmas is cancelled. Oh no, it isn’t! The Tivoli has announced their family pantomime, Jack and the Beanstalk, will go ahead this year.

Following government guidelines, audiences will be socially distanced and use less than half of the theatre’s seats.

The show has a limited two-week run of performances between Friday, 18 December and Sunday, 3 January.

Audiences can also enjoy classic films like The Muppet Christmas Carol on 4-5 December as well as a recorded screening of The Royal Ballet’s The Nutcracker on 10 December.

While shows may be returning to the Tivoli stage, to follow social distancing rules, the venue’s capacity is running at 25-30%.

#SaveTheTivoli wants the community of Dorset to help fundraise for the theatre and ensure that the curtains will not close on this venue forever.

Campaign organiser Jess Stoddard said: “You can make donations online, and together everybody can help #SaveTheTivoli.”