You are here: Home / Culture / Manchester / Music / Supergrass to Play One-Off Virtual Reality Gig at Band On The Wall 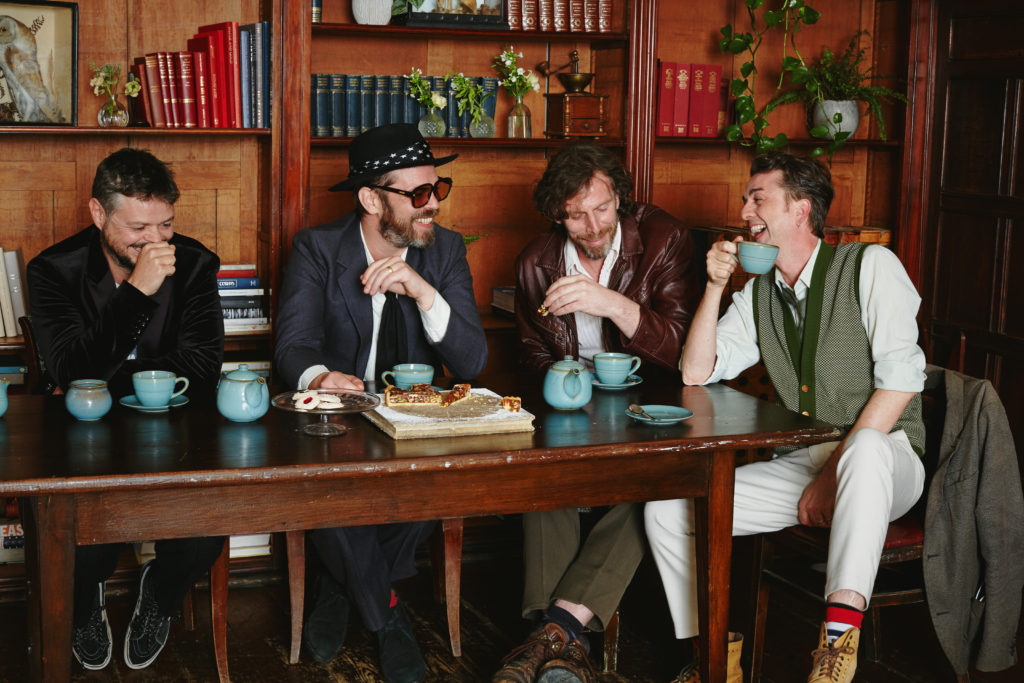 Despite the future of live music still in some form of uncertainty, Goose Island is leading the way by presenting a special broadcast of Supergrass, from Manchester’s Band On The Wall on Friday 21st August, 2020.

Band On The Wall has been a long-standing pillar in Manchester’s music scene, making it the perfect setting for the event. It also marks Goose Island’s first intimate show at one of the finest venues in the UK. You will able to watch the iconic band perform in real-time using fully interactive VR or 360° view live.

The occasion won’t be recorded and made available to watch after, to try and further create the experience of a live show – encouraging music fans to live in the moment as you would at a regular concert.

Goose Island are well known for not only quality beers but also a longstanding relationship with music, after previously collaborating with bands such as Blossoms, Mumford and Sons, and Run The Jewels- therefore, Supergrass seems a likely choice. The band will be performing the festival headline set which they were supposed to be playing at Kendal Calling amongst others but were unfortunately cancelled this summer due to the Covid-19 pandemic.

Over the last few decades, they’ve released countless hits from ‘Alright’ to ‘Pumping On Your Stereo’, and are the quintessential festival headliner.

On the forthcoming gig, Supergrass said: “After having to postpone so many of our live shows this year, we’re so happy to team up with Goose Island to play a really intimate show in Manchester to raise money for two charities close to our hearts Nordoff Robbins & CALM. We love playing live and can’t wait to share this intimate show with people virtually too.

“Grassroots venues in Manchester and everywhere else are battling to survive right now and they’re desperate to be able to access the money the government has promised to help them. It’s really important that the process is fast tracked now so that no more venues have to close for good and they can fully open up for bands and fans as soon as it’s safe.”

Their discussion of the importance of government action regarding small music venues comes in light of recent events, such as the narrowly missed closure of Manchester venues Deaf Institute and Gorilla. However, after interest from a new buyer, they were thankfully saved. Although, it hasn’t been the same story for all venues. Many still require a great deal of support -you can help by supporting Music Venue Trust.

In addition to gaining access to the concert, by purchasing a ticket you will also be entered into a prize draw, where a range of exciting prizes is available. 350 winners will win a VR headset and a four-pack of Goose Island Beer- which will arrive at your door, just in time for you to enjoy the performance from the comfort of your home. Although, not to worry if you don’t win – VR headsets aren’t essential to watch the show, and it will still be highly enjoyable.

All of the proceeds from the tickets will be split equally between the bands chosen charity, Campaign Against Living Miserably (CALM), which supports the awareness of suicide prevention. The other 50% of the proceeds will go towards the Nordoff Robbins Music Therapy, which is the largest music therapy charity in the UK. They have centres across the UK, including Manchester, which provide sessions for both adults and children. They aim to support and enrich those who have life-limiting illnesses, disabilities or are isolated. They don’t receive any direct government funding, so this will really help them to make a difference.

Life in lockdown may have been dull for many, however, this event presented by Goose Island will hopefully help to cut through the boredom. Tickets are available for only £2 and are available to purchase here. Also, Band On The Wall is being temporarily closed for refurbishment until September 2021, but will surely be back bigger and better than ever. If you need to see your favourite venue before then, be sure tune in to Supergrass’ performance.

You can buy tickets for their closing weekend extravaganza commencing from Friday 31st July to Saturday 1st August here.

You can directly donate to Nordoff Robbins here and CALM here. If you or someone who you know is struggling, CALM have a helpline (0800 58 58 58) and a webchat. Support workers are available 365 days a year, from 5 pm until midnight- to offer their support no matter what your situation is. Also, you can donate to Music Venue Trust here.