You are here: Home / Culture / Entertainment / Manchester / Music / Manc of the Week: IAMDDB 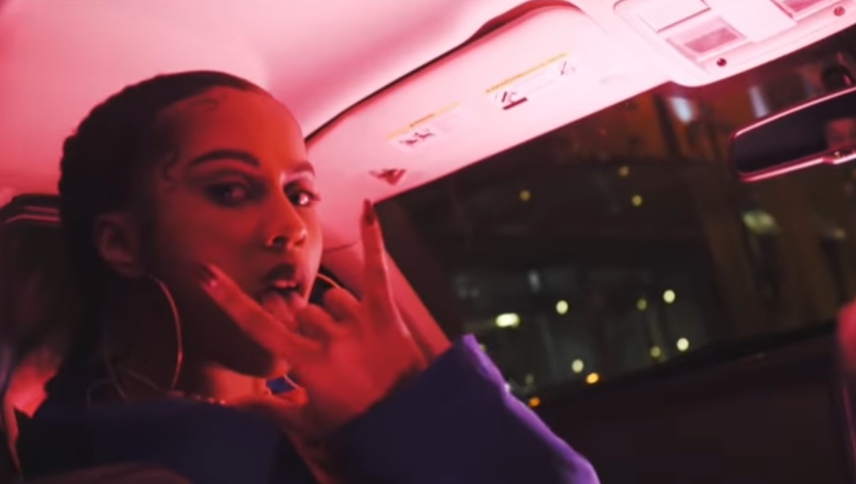 Introducing aAh! Magazine’s first edition of ‘Manc of the Week’, a series in which we’ll feature one interesting, inspirational or illustrious local Mancunion and capture a snapshot of their life and achievements.

IAMDDB (stage name of Diana De Brito) was born in Lisbon, where she says there was a ‘constant flow of creativity,’ and moved to Manchester as a child. Having an Angolan father, who is also a musician, inspired her musical style, one that she describes as ‘urban jazz’. She thanks her fathers’ impact on her style of music after he encouraged her to play in jazz festivals and on stage with him.

Even though IAMDDB is jet setting across the world, Manchester plays a huge role in her life. She told DJ Mag that “Manny will always be home,” however, she feels that Manchester needs more media coverage and social networking events because compared to other cities in the UK, Manchester has much more substance.

At the young age of 23, IAMDDB has released heaps of music over the past few years, with the latest being her single; ‘Night Kapp,’ that was released October 29th last year. However, this isn’t the only content she has distributed in 2019, as she released the fifth instalment of her EP series, named ‘Swervvvvv.5.’

“I’ve matured since I started the volumes… I think Volume 5 is a perfect example of flowing, flowing through good energy, through empowerment and vulnerability,” she told Vogue.

The international artist has been keeping herself busy, spending the majority of 2018 on the road, touring and supporting massive RnB artists like Bryson Tiller, Jhené Aiko and the renowned Lauryn Hill. Hill’s 2018 tour ‘The Miseducation of Lauryn Hill’ sold out across Europe in minutes, meaning IAMDDB performed to tens of thousands of fans over the tour. You may also recognise IAMDDB as she was showcased in festivals such as Parklife, Field Day, Reading and Leeds.

After being named in 2018 as one of the BBC’s ‘Sounds of 2018,’ her career has boomed and the success has started to flood in. In 2019, Forbes added her to their list of hugely influential ‘30 Under 30‘. Proven with her average of 836,094 monthly listeners on Spotify, IAMDDB’s popularity is growing more and more, meaning she is an artist to look out for going into the new year.

However, in a review from the Manchester Evening News of a recent gig in the Albert Hall, IAMDDB only received 3 stars out of 5. They said that her performing is “a case of more swagger than substance right now but the proof will be in the pudding of her imminent debut.”

IAMDDB has revealed that she is working on her first album that will be out in 2020. In terms of genre, it’s going to be based on world sounds, including urban jazz, trap and Afro. She has hinted that the album will include collaborations with other artists who her sounds gravitate towards, yet she is keeping them quiet, so you’ll just have to keep your eyes peeled and wait for the release in 2020.