You are here: Home / Manchester / News / Politics / Andy Burnham Grilled Over The Use of Stop and Search on BAME Communities in Manchester 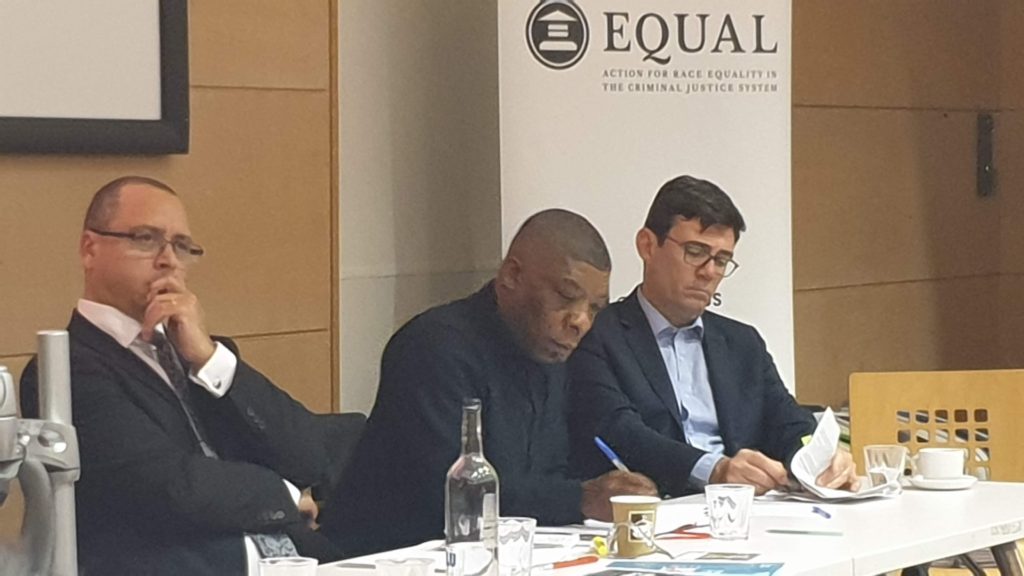 Manchester Metropolitan University hosted a discussion on ‘The Effects of Stop and Search’ by EQUAL, a criminal justice group supporting racial equality in the criminal justice system on 14th January. Joining the panel was Mayor Andy Burnham, who agreed that stop and search powers in Manchester are being used in a discriminatory manner.

Andy Burnham admitted that stop and search powers are “being used in a discriminatory passion,” adding, “I’ve spoken about this to my own kids about this, and rumours go around their friendship groups.

“It seems to me, that the answer to this is much better community-lead approaches to violence production,” he said.

Patrick Williams, a senior lecturer in Criminology at MMU, provided an academic perspective on the phenomena of stop and search. “I want to speak from the position of a young black man who grew up in Manchester, and an individual who also faced the indignity of stop and search,” he said.

Williams gave an insight on just how much of an issue stop and search is among minority [BAME] communities, especially for men. He added, “it was the biggest last year in November, [BAME] men are 9 times more likely to be stopped than their white counterparts.”

Williams pointed out the root of the issue is authorities applying London’s problem with knife crime to other cities across the U.K.

Roxy Legane, the founder of Kids of Colour, described the impact that stop and searches have on communities. She said, “the problem is that we spend so long dehumanising young people of colour, those statistics don’t matter anymore.”

When Legane spoke to a school in Rochdale on the topic and asked each year group if they had ever been stopped and searched – or knew anyone who had been – students were reluctant to put their hands up.

She said, “hands hesitated going up at first, but others followed and I think that says a lot about how they are nervous about it.

“A year 8 approached me and said ‘I’m stopped in the car a lot because of my dad.’ She was mixed raced and her dad was Iraqi. He was darker-skinned than her. She was interrogated, being questioned on if she knows ‘that’ man she was sitting with and was even told to call her mum to prove their relationship. She was 12.”

However, Legane added the girl told her, “it’s okay I’m so used to it now.”

She also shared a story on how stop and search can impact individuals directly: “A black boy was stopped on two occasions while with his white friends, and after not leaving the house for the weekend from the effect of the experience, he said to his mum ‘if the police are going to kill me, why don’t they just get on with it.’”

Andy Burnham later discussed the possibility of bus passes and community-related services for young people, which conjured up some anger from the audience; one person responded that the discussion wasn’t being seen from a BAME perspective.

Burnham acknowledged that more accountability is needed to build trust, which could be improved by “more transparency of stop and search data” and implementation of a “new way of reporting complaints”.