You are here: Home / Culture / Entertainment / Film / Review / Film Review: Little Women Is a Classic Tale for the Modern Age 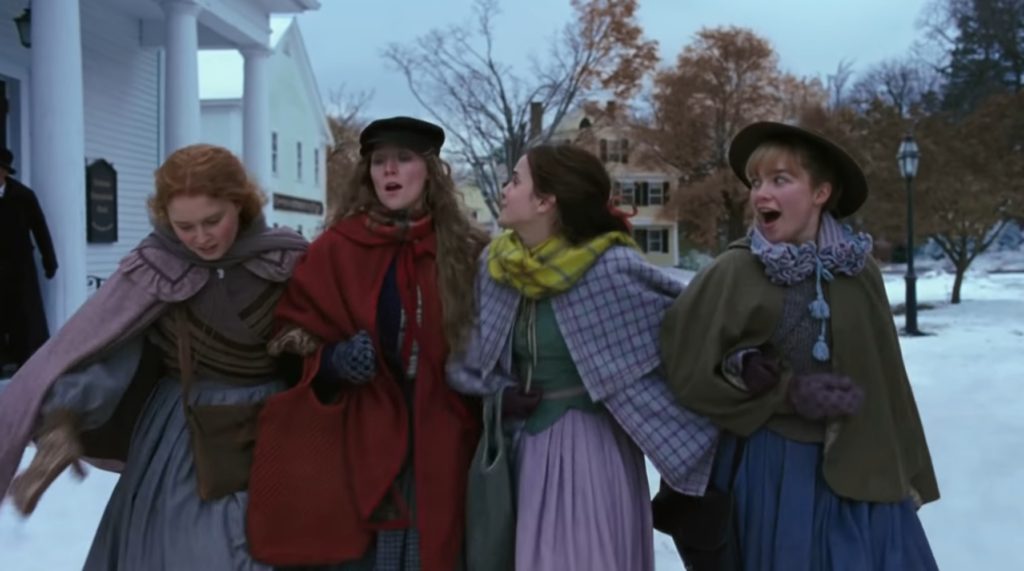 Greta Gerwig first marched onto the directing scene with her 2017 film Lady Bird, earning great success and critical acclaim for her depiction of the mother-daughter dynamic. Gerwig has now shifted her focus to the bond between sisters in her new adaptation of Louisa May Alcott’s literary classic, Little Women, following the lives of the March sisters (Meg, Jo, Beth and Amy) as they journey into womanhood.

The film marks the seventh film adaptation of the novel, though far be it a simple remake. Ambition and heart lead the charge in this adaptation, and with her careful attention to detail, Gerwig has deconstructed a classic to make it feel brand new, breathing new life into these beloved characters.

A stellar cast including seasoned professionals such as Laura Dern and Meryl Streep carries this film into its tear-jerking ending. Timothée Chalamet, who had previously worked with Gerwig on Lady Bird, makes the perfect Laurie for a new generation of Little Women fans, and Eliza Scanlen’s portrayal of Beth March is perhaps the most quietly profound performance in the film. Florence Pugh has earned particular praise for her portrayal of Amy, the youngest of the March sisters, and Gerwig has been applauded for her fresh take on the character. Though Amy has traditionally been the least favoured of the sisters, Gerwig works hard to paint her tenacity in a more positive light. Amy’s rationality and ambition are no longer vilified but instead presented as her most admirable traits.

With her careful attention to detail, Gerwig has deconstructed a classic to make it feel brand new, breathing new life into these beloved characters

But it is Saoirse Ronan’s portrayal of aspiring writer Jo that takes centre stage. Ronan, another Lady Bird alum, handles Jo with equal parts confidence and vulnerability, effortlessly depicting the complexity of a young woman mourning her lost childhood whilst striding into adulthood with as much confidence as she can manage. Jo’s dreams of becoming a successful writer are hindered by a patriarchal world that doesn’t look fondly upon women not tied to men, and though Alcott’s novel was published in the 19th century, this adaptation proves that the heart of this story still speaks to a modern audience. Marmee’s (Dern) quiet admission that she is “angry nearly every day of my life” could have easily been spoken in the 21st century where laws around (primarily women’s) bodily autonomy are readily challenged and female artists are still fighting for rightful ownership of their own work. Never has the line “I’d rather be a free spinster and paddle my own canoe” felt more like a call to arms.

What sets this adaptation apart from its predecessors is Gerwig’s choice to forego a traditional chronological structure in favour of timeline switching. The film contrasts sequences from the characters’ present with scenes from their past, and to great effect. The joy and endless optimism of youth is juxtaposed with the harsh reality of adulthood and as the characters long to return to their childhood where everything is painted in a golden hue and anything seems possible, so too does the audience.

With Little Women, Gerwig has managed to take a much-loved classic and mould it into something that feels as timely now as it did in Alcott’s era. It hardly comes as a surprise that the film has received six nominations at the upcoming Academy Awards, including a prized place in the Best Picture category.

With a storyline driven by emotion and a tongue-in-cheek approach to the age-old critique of the novel’s ending, Little Women is a meticulously crafted gem that still manages to feel effortless. Though she was inexplicably snubbed for Best Director, Little Women cements Greta Gerwig as an inimitable new voice in the film industry and makes an incredibly strong argument for the best film of 2019.