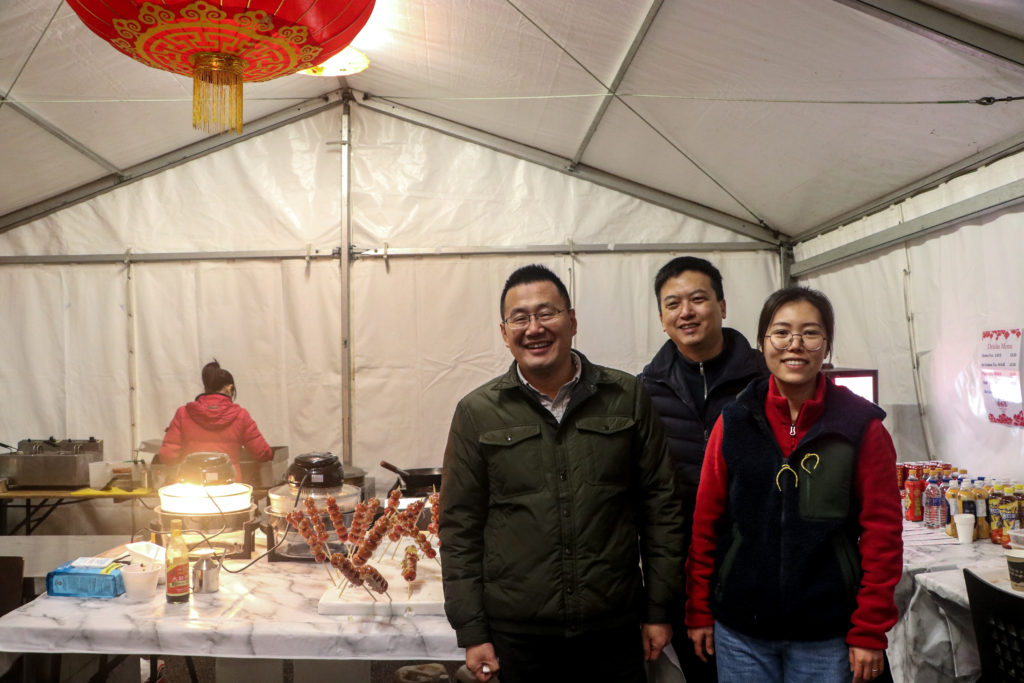 Manchester kicked off the Chinese New Year celebrations with a taste of Chinese culture and food. Friday night’s dragon dance was the highlight of the three-day weekend event which ended on Sunday.

The celebrations in Chinatown attracted thousands of visitors from across the country and abroad. Decorations, lanterns and the smell of street food flooded the city, whilst various performances were lined up throughout the weekend, including an illuminated dragon dance in Chinatown, a parade in Manchester city centre and giant golden dragon in St Ann’s Square, alongside a cohort of art and culture workshops for families.

2020 will be the ‘year of the rat’ in the Chinese calendar, which is supposed to be an auspicious start to the 12-year cycle. The highlight of the celebrations was the dragon parade on Sunday, where a large, ornate dragon brought to life by puppeteers was taken around Chinatown, popping its head through the doors of local businesses to wish them luck.

Tina Wu, 38, who works with the Federation of Chinese Associations of Manchester (FCAM) was out with her team to usher the festivities along smoothly. She explained the importance of the dragon in Chinese culture to aAh! Magazine.

“We consider ourselves as the children of the dragon because our nation is centred like the dragon,” Wu said.

“That’s why the dragon is so important in our country, like a god or a King. The King in the Qing Dynasty was considered a dragon.”

Wu explained that FCAM has been running the New Year tradition for 27 years. Chinese people across Manchester support the event and organisation in order to carry on the celebrations that are important to their culture.

She said, “Chinese people join together to support Chinese New Year and it’s very successful because it has become a habit for Manchester. Last year we had 200,000 people visiting our event. This year it depends on the weather but we expect more.”

Wu explained that the focus on their culture and traditions is so that people can have a taste of Chinese cuisine first hand.

Tiffany Li, who works at Red Chilli, was out in the centre of the entertainment with a special tent her restaurant provides for the New Year celebrations every year.

“Most of the stuff we have is different because we don’t serve it in the restaurant,” she said.

“This fruit we have called Tang Hu Lu (called ‘sweet whole fruit’ in English) is from China. Locally you can’t find it.”

“We also have Chinese food which you can’t buy here like rice cake, tea cake and Bao which is popular in London but not here,” she added.

The importance of Tang Hu Lu is that it represents long life and prosperity. Li explained why: “The shape looks similar to a plant we grow in China which represents longevity of life. Outside [of the prepared fruit is sugar which is ‘Tang’ in Chinese. It looks like the shape of the plant in China when put together.”

One Chinese tradition involves eating a dumpling called Jiao Zi, which is important because of the pattern it makes when being prepared, just like many foods in Chinese cuisine which hold a deeper meaning.

The event also attracted a vast amount of people from Europe. Alex Tonca, 26, from Romania, was in Manchester for the first time. “We heard it was Chinese new year so we came to see what it’s all about,” he told aAh! Magazine.

It was Tonca’s first exposure to a Chinatown – he said they don’t have one, as far as he’s aware, in Romania. He added that the only exposure he has had to Chinese culture is on television.

“We heard it was Chinese New Year so we came to see what it was all about,” Tonca said.

“There’s more of an understanding with stuff like this as we tried something new with the food which was really interesting.”

Tonca added that he’s happy to go back home and tell his friends and family about what he has learned from Chinese culture.