You are here: Home / Culture / Manchester / Music / Live Review: While She Sleeps Prove They’re Ready For More With a Triumphant Tour Finale at Manchester’s Academy 1 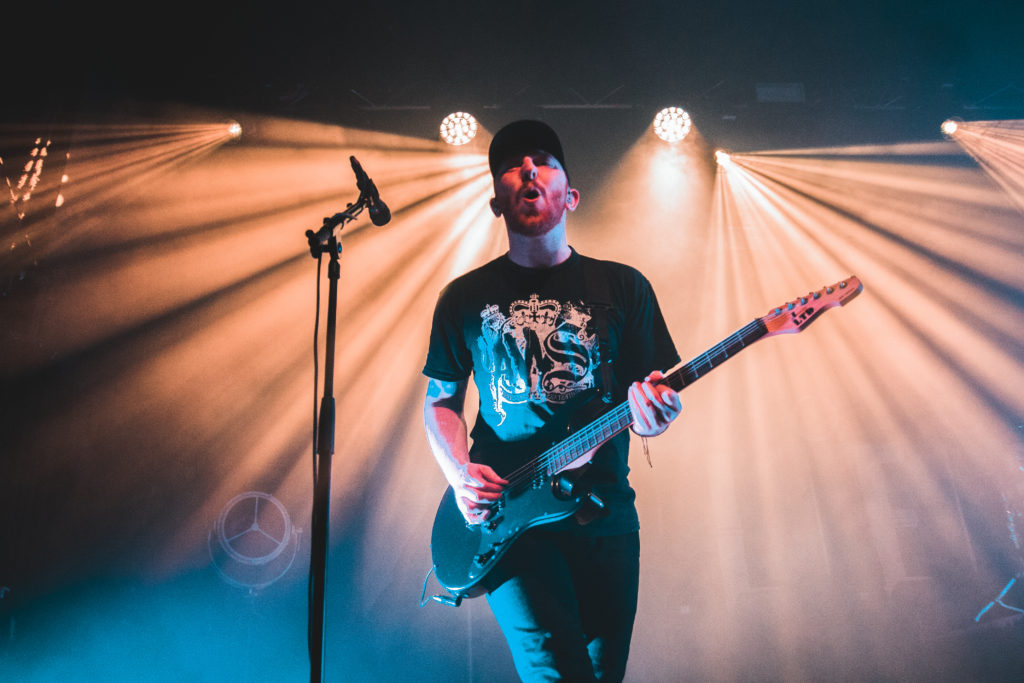 Things have seemed quiet over at camp While She Sleeps. Having not played a show in Manchester since February 2018, you could be forgiven for thinking that their tour off the back of their latest release, So What? would be a more modest affair than past efforts. However, following their penultimate tour performance at the iconic Brixton Academy, the Yorkshire five-piece descended upon a sold-out Manchester Academy 1 for the final instalment of their UK/EU run.

Up first, however, were engineers of sonic chaos, Vein. The Boston hardcore upstarts have been causing a stir in underground circuits in recent years, demonstrating themselves to be one of the more exciting and promising acts emerging from the wave of the revival of authentic and original sounding metalcore that has swept across the United States and trickled across into the UK.

Blending ideas lent from the likes of Botch, Converge and even early Slipknot, Vein proved that they feel just at home in big venues as they do in clubs and basements – tracks such as ‘Doomtech’ and ‘Old Data in a Dead Machine’ feeling very much in place on the big stage.

Next up, a more veteran East Coast hardcore punk act: Every Time I Die. ETID are no strangers to British shores, regularly embarking on extensive tour schedules that see them grace Old Blighty at least three times a year, however, seldom in venues the size of Manchester’s Academy. Nevertheless, the southern tinged punk’s schtick is well oiled enough by now for them to still blow audiences away, no matter the size, not least thanks to pit-fillers like ‘Decayin’ With the Boys’ and ‘Map Change’.

Finally, the northern metal titans erupt onstage with the Maiden-inspired intro lick of album opener ‘Anti-Social’. Met by a rapturous reception, While She Sleeps flow gracefully into track 2 of So What? – ‘I’ve Seen It All’.

Both songs kicked things off in triumphant and anthemic fashion, it’s clear ‘Sleeps have subverted their down-and-dirty hardcore roots for something that felt like it had the ambition and potential for walls even wider than that of the biggest of Manchester’s three Academies. Frontman Lawrence Taylor swaggered across the stage, visibly elated by the reception he and his band had received on the final date of their headline tour. It’s made abundantly clear that this was always meant to be their homecoming show, and the synergy between band and show-goers is truly tangible.