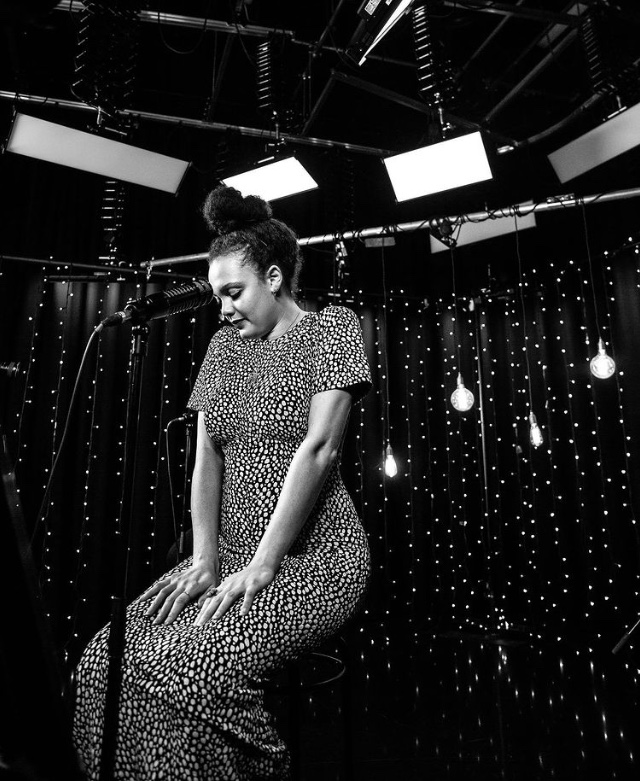 Manchester-based artist Mali Hayes has been cooking up a storm recently, with her signature sound, successfully fusing together RnB, jazz, and soul.

Her latest track ‘Save Ourselves’ is a wonderful introduction to her music, featuring her ethereal vocals and beautifully-penned lyrics – which are centred around the hot topic of environmental activism. Something which we can all relate to.

Her track has had radio play from the likes of Radio 1’s Huw Stephens on his BBC Introducing Segment, as well as BBC Radio 2’s Jamie Callum.

aAh! Magazine catches up with Mali Hayes ahead of her Art School Live performance to find out more about her involvement in the live-streaming project, how she staying creative during COVID, and her future goals.

Mali, when did you decide that you wanted to pursue a career in music?

“Music is a big part of my upbringing and runs through the family, so I knew music would be a huge influence in my life somehow whether it be singing, dancing, writing music, collecting music.”

Who/what are your inspirations?

“As beige as it sounds – life, in all aspects, is my main inspiration. I listen to a lot of Neo-Soul music (Erykah Badu, Jill Scott, Musiq Soulchild, Dangelo) and I also love artists such as Nao, H.E.R, Jordan Rakei, Tom Misch, Snoh Aalegra and SiR.”

How did you get involved with Art School Live?

“Sam got in touch with me a couple of months back to try and plan a session – it’s been tricky with the current climate however it was lovely to finally meet the team and be able to perform after a long few months of not doing much live music.”

Which aspect of taking part in this performance, have you enjoyed the most?

“Being able to perform in general, as I haven’t done properly since back in January! I also really appreciated the aesthetics of the video – the crew made it look great!”

Which song of yours, in particular, should we look out for on Sunday?

“I would say, ‘Save Ourselves’, my most recent single. I believe everyone can relate in some way, as the song was so heavily influenced by the human race and how we treat the environment.”

How have you found staying creative during COVID and this new way of performing?

“I much prefer performing to a live audience – I really miss it. But it’s also been nice to sometimes do it from the comfort of my home.”

What message would you like others to take from your music?

“I hope it brings people a feeling of warmth, I hope they connect with my stories and interpret them in positive ways, I hope it heals, I hope it resonates.”

Finally, what are your future goals?

“To continue to release music and to be overall happy!”

Keep up with Mali Hayes: