You are here: Home / Culture / Manchester / Music / Interview: Alt-Pop Artist Patrick on Making Music Through Hearing Vibrations, Championing Honesty, and Being Nominated for a LGBTQ Award 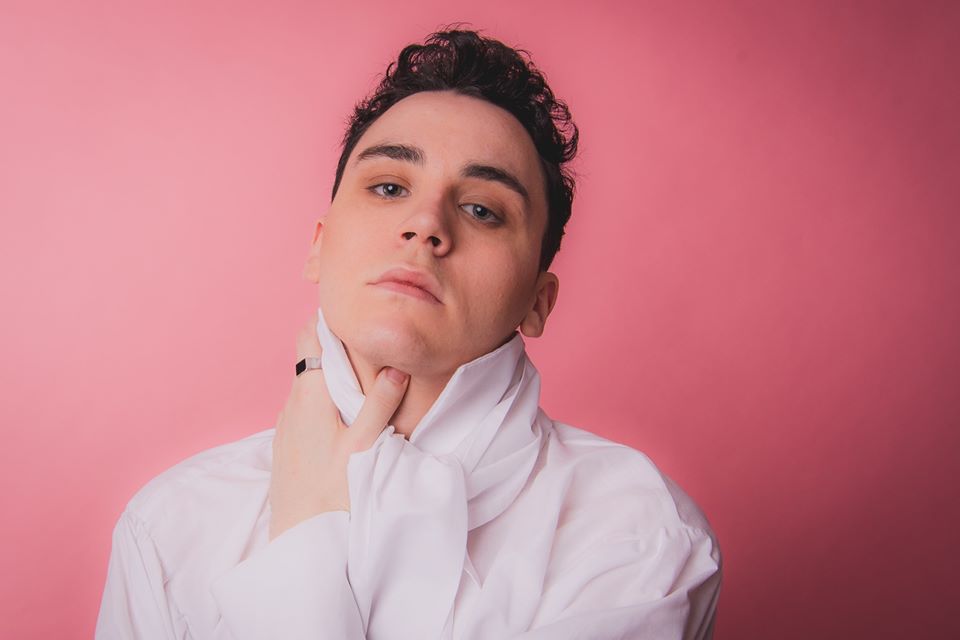 Not many artists could overcome so many obstacles, so early on in their career. However, Manchester-based singer-songwriter Patrick is anything but an ordinary artist.

Patrick has used his experiences to his advantage, from turning his hearing defect into a songwriting strength, to teaching himself to play the piano after being influenced by the likes of Adele and Carole King. Furthermore, despite being a victim of homophobic abuse at the beginning of his career, he continued to use music as an outlet to explore both his mental health and sexuality.

Recently, added to Spotify’s ‘Out Now’ playlist and nominated for an LGBTQ Music Award, it’s proof that those in the industry are starting to take notice.

Four years have passed since the release of his first track ‘No Control’. Since then, it has gained around 225,000 streams. He followed it with his equally dramatic and emotional releases ‘Pull The Trigger’ and ‘Psychedelic Love Storm’. Each release added to his growing repertoire of soul-searching tracks. He began this year with the release of ‘Heavenly Bodies’, an enchanting track with an ethereal piano-driven melody, which also highlighted his impressive vocal prowess.

His latest track ‘Don’t Blame It On Me’ was released via Lovers Music and saw Patrick return to the studio once again this year. Originally from Ireland, his new alt-pop offering describes a complicated situation which began after a night out in Manchester, following his move there to continue his studies. His characteristically honest lyrics shine throughout the track and the arena-sized hooks indicate both his intention and promise for success.

We caught up with Patrick over email, to discuss his unique approach to music, the moment he knew that he was born to be a musician, and everything in-between.

As you were born with a hearing defect, when did you realise that you could make music through hearing vibrations, and how did this help you to find your sound?

“Honestly, I’m not sure when I figured this out. All I knew in the earlier stages was that I was making music. I didn’t realise I was going things differently until I started working with other people. I suppose it did play a role in finding my sound in a sense but this is the only way I’ve ever known how to make music.”

How do you feel this has given you a different approach to others, as both a songwriter and musician?

“It’s probably given me a closer connection to music. Some musicians see music as colours, some see shapes, I feel music. It’s a difficult one to explain because I don’t have anything that I can compare it to personally. But, I do feel music in every way that I could think possible. Both physically and emotionally.”

What motivated you to teach yourself the piano from a young age and begin writing songs from the age of fifteen?

“I spent the day with an older cousin who at the time I saw very rarely but admired a great deal. She was trained as a pianist since she was a kid and any time I had the rare opportunity of watching her be musical, it always blew my mind. I wrote my very first song with her. Around the same time I started to fall in love with music in general. Adele has not long released 19 and that album sealed the deal for me. I knew I was born to be a musician.”

When you first started as a musician, unfortunately, you received some homophobic abuse. However, instead of stopping, you kept releasing music- such as the heartfelt, successful track ‘No Control’. Did music become a cathartic process for you?

“It’s funny really, ‘No control’ started as a letter which I later put to music. I didn’t actively write a song about what was going on at that time, it just kind of happened. It was very cathartic though, yeah. I started becoming a very open and honest writer very shortly after that. Song-writing has since become a sort of therapy for me. Regardless of my mood be it high or low, music is how I offload.”

How did it feel to have one of your earliest tracks ‘Psychedelic Love Storm’, nominated for an LGBTQ award?

“It was very surreal. It still hasn’t sunk in. I’m absolutely honoured to have received that nomination.”

Your track ‘Heavenly Bodies’, has also received nearly 7k plays on Spotify, and more than 23k views on YouTube. How did you come up with the idea for the music video?

“The video very openly tells the story of my lifestyle between the point of a breakdown in my previous relationship, a mental breakdown I had, and me finding myself at the end of the dark times and coming out a lot stronger. It’s worth saying that despite my tears on camera, filming that music video is the most fun I’ve had in my career so far.”

Has moving from your native Ireland to Manchester, influenced your music?

“I found so much liberation in my move to Manchester. I was 19, quite new to being openly gay and had just moved from a very catholic country. It was the first time I ever felt totally free and this new found sense of freedom definitely influenced my music in terms of me feeling able to be more open and honest with my lyrics. That said though, it hasn’t always been good times. There have been a lot of highs since I moved here but there’s also been a few lows, but that’s life. Both have definitely influenced my music a lot.”

Your latest track ‘Don’t Blame It On Me’ is as raw as ever, what was the writing process behind it?

“Honesty, self acceptance and liberation. ‘Don’t Blame It on Me’ is about empowering the experimental stage of your teenage life and experimenting with who you are, what you like, what you don’t like, and seeing what’s out there. We know that this isn’t always plain sailing, and it does get messy, and the song really does tell the story of teenage lust, love and freedom of being that age.”

You’ve previously said that the track is about a situation where you didn’t want a relationship, and the guy involved did no matter how much you tried to politely decline his offers. Have you ever questioned releasing such honest songs, or has this always been your intention?

“I used to question it, not so much anymore. My music is my truth. I would never release something to deliberately hurt anyone and I’ll always keep names out of the media etc. That said if something happens in my life that warrants a song to be written, I’ll write it and most likely release it.”

Aside from music, what are you most looking forward to doing, now that the world is starting to open up again?

“I’m really looking forward to going home to Ireland for a while. It’s been quite a long time since I’ve been back, so it’ll be nice to see my family again. Aside from that, hugging my friends, playing some shows, going to some gigs, having parties and dancing in nightclubs again!”

When can we expect to hear more music from you?

“I don’t imagine it would be too long. As soon as the time is right, the next single will be released.”

Patrick’s latest track ‘Don’t Blame It on Me’ is available on all major streaming services.

Be sure to keep up with Patrick: