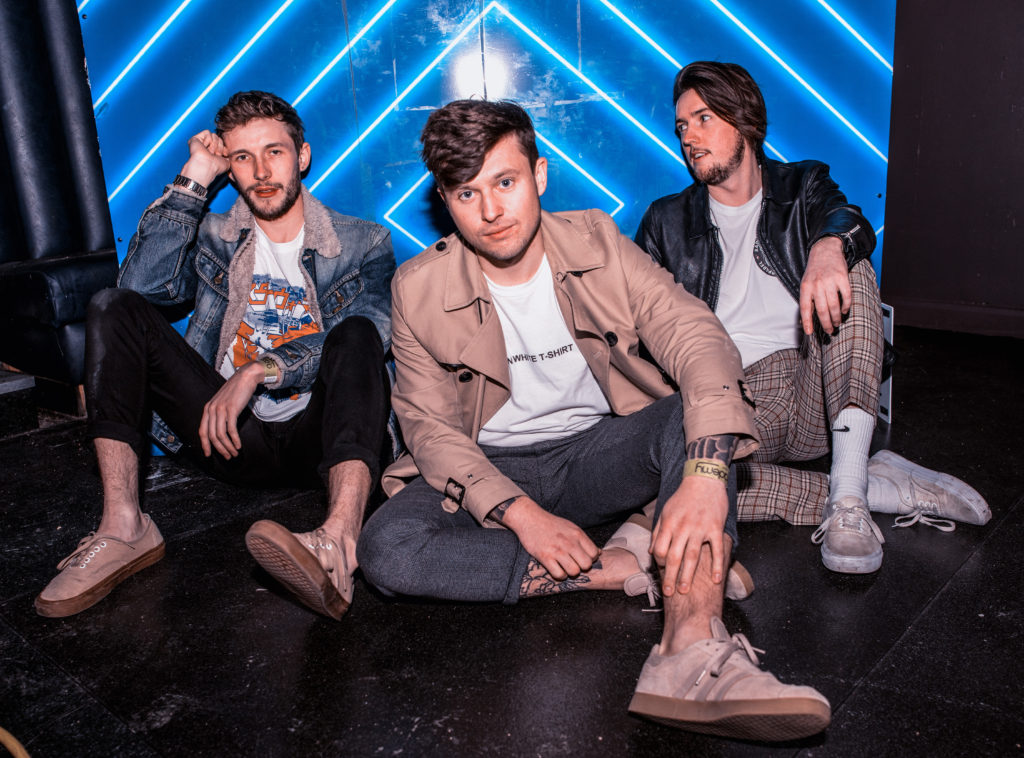 Portsmouth-based band Crystal Tides are back, with their latest indie-pop anthem ‘Monday’. Since their formation in 2018, the band have built up a strong following, resulting in many memorable sold-out shows in their hometown. However, with their penchant for catchy melodies and relatable lyrics, it surely won’t be long until they’re playing packed out gigs all over the country. The trio consists of Billy Gregory (lead singer/rhythm guitar), Harry Knowles (lead guitar/vocals) and George Regan (bass/vocals).

Their latest track ‘Monday’ is a misleadingly upbeat number, centred around the turning point in life, where you question whether a night out on the town is still age-appropriate. The band have commented that it’s about them: “Starting to realise we are not as young as we used to be. We can’t keep going out like we used to but there’s an internal battle you have of ‘am I too old for this?’ or ‘You only live once, why not?!’ Ultimately it’s about pushing aside the responsibilities of real-life and having fun.”

The powerful guitar-driven introduction and thumping beat immediately captures your attention. Throughout the track, it is further bolstered with Gregory’s first-rate vocals, and the consistent bass tying it all together. The band’s obvious chemistry is kept at the forefront of their efforts.

The catchy melody may cause you to overlook the main message of the track. However, if you listen closely to the lyrics, such as “Work on Monday is always in the back of my mind” and “Even though I still look young, doesn’t mean I can do this over” – they perfectly encapsulate the struggles of a night out. The changing tempo of the track adds a dramatic flair, while flawlessly showcasing each of their talents.

While in isolation, the band have also released a music video to accompany their latest release. Lockdown may have restricted any possible live performances from happening, however, the band are bringing their infectious atmosphere to the homes of their dedicated fans – while incorporating them into their performance, by adding their videos to the mix. From featuring a dancing cat to the bands’ continual antics, it perfectly matches their latest compelling track.

Since the South Coast hitmakers emerged on the scene, they have focused on making their name known. They’ve supported acclaimed indie bands such as The Snuts and Larkins, as well as headlined Victorious Festival’s Seaside Stage – with each of these already under their belt, it’s no wonder that various tastemakers in the industry have started to take note.

From their track ‘Deserter’ making the Radio X Evening Playlist to having it cited as BBC Introducing Solent’s Track of the Week, they’re a band not to be missed. ‘Monday’ acts as a strong follow-up to their certified hit single ‘Ex’, which earned airplay from Radio X’s John Kennedy, as well as both Amazing Radio’s Charlie Ashcroft and Shell Zenner, amongst others.

Recently, the band has released covers on Youtube of both Arctic Monkey’s ‘Do I Wanna Know’ and ‘Blinding Lights’ by The Weeknd. Quarantine may have separated them from playing together but they’ve still successfully managed to make each track their own, with both ease and a heavy dose of style.

If you’re looking for a new band to listen to, you should certainly consider giving Crystal Tides a try. Fans of Sea Girls and Catfish & The Bottlemen are sure to love their music – however, it’s worth noting that each track from Crystal Tides is completed with their unmistakable stamp of passion and character.

They may still be at the beginning of their career, but if their previous efforts are anything to go by – they’re anything but another washed-up indie band.

‘Monday’ is available on all major streaming services.

Be sure to keep up with Crystal Tides: