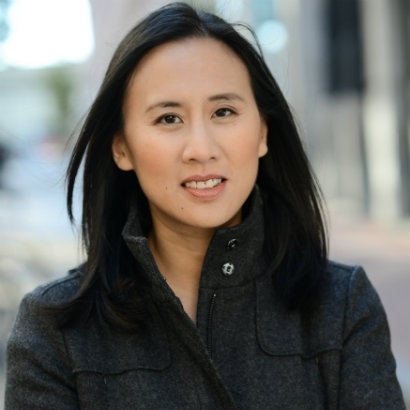 With over 100 established and emerging authors on the bill, the Manchester Literature Festival will showcase the best literature from around the world.

The organisers of the festival have commissioned innovative literature for the festival and have provided writers with the opportunity to experiment with new media in the production and presentation of their work.

The focus for the festival is on high quality literature. The talks are more than just standard Q&A sessions, featuring unique in-conversation pairings, which will see two authors will join forces to create an event that adds up to more than the sum of its parts.

Held at venues across the city such as the People’s History Museum, Central Library and the RNCM, Manchester Literature Festival is a registered charity funded by the Arts Council and Manchester City Council.

You can expect to find a program packed with literary happenings that deal with many pressing topics of the day including political activism, gender equality, toxic masculinity, class division, the climate crisis, and Islamophobia.

We round up our top picks from Manchester Literature Festival 2019, with a focus on female authors.

Two of China’s most acclaimed writers of science fiction, Chen Qiufan (aka Stanley Chan) & Xia Jia (aka Wang Yao) will be in conversation at the International Anthony Burgess Foundation. Xia Jia is the winner of China’s prestigious Galaxy Award. A Summer Beyond Your Reach is out in November and will be her first short story collection to be translated into English. Chen Qiufan is the author of Waste Tide, a novel about the climate emergency set in the world’s largest e-waste recycling centre. Saturday 12 October, International Anthony Burgess Foundation. Tickets £8/£6.

Cabaret For Freedom: A Celebration of the Windrush Generation

Performing poetry inspired by her Jamaican heritage, Khadijah Ibrahiim (Another Crossing) shares the stage with poet-musician Roger Robinson who will be reading from his collection A Portable Paradise, exploring the changing faces of London and Trinidad. The event hosted by Jackie Kay and Shirley May, will also feature new work from Manchester collective Young Identity. Saturday 12 October, St John’s Church in Old Trafford. Tickets £10/£5.

American Bestselling author, Celeste Ng will be in conversation at Central Library. Celeste will discuss her novels, exploring race, class and privilege through family dynamics and ideas of home and exile. Questioning what it means to belong, she asks what happens if long-held beliefs are challenged by new events. Celeste will talk about her craft, literary influences and having work adapted. Monday 7 October, Central Library. Tickets £8/£6.

Bake Off’s Sandi Toksvig regales us with tales from her life in Between the Stops: The View of My Life from the Top of the Number 12 Bus. Sandi joins us to talk about her extraordinary life, her career, activism, her family and her forthcoming memoir. In this work Sandi muses on boarding school, the people she’s met, the importance of family, navigating the Zambezi River in her father’s canoe, and about the places she’s passed on the way. Saturday 2 November, RNCM Theatre. Tickets £28 including a copy of Between the Stops.

Jeanette Winterson performs a one-woman show based around her witty, bold and ambitious new novel Frankissstein. Considering artificial intelligence, robots, sexbots and gender fluidity, Jeanette explores love, desire, transformation, the bodies we live in, the bodies we desire, and whether our preserved brains will run the future. Saturday 5 October, RNCM Theatre. Tickets £16/£14.

It’s Not About the Burqa

Frustrated that she is persistently told what Muslim women are like, editor Mariam Khan (It’s Not About the Burqa) invited Muslim women to voice their own narratives for the anthology. Salma El-Wardany talks about the silence around sex, Yassmin Midhat Abdel-Magied takes her place as a woman in engineering, Afshan D’souza-Lodhi claims her identity as a queer Muslim woman, and Mariam de-centres white feminism. Sunday 20 October, Central Library. Tickets £8/£6.

The most read female author in Turkey, Elif Shafak (Honour, The Bastard of Istanbul) is an inspiring public speaker, and an advocate for women’s rights, LGBTQ+ rights, and freedom of speech. She considers the meaning of family, identity, society’s restrictions and what it really means to live. Thursday 10 October, Central Library. Tickets £8/£6.

For the first time there will be readings from the 2019 Booker Prize Shortlist as authors read and discuss their shortlisted novels. The award is a byword for the latest in literary fiction. Friday 11 October, 7pm, Martin Harris Centre for Music and Drama. Tickets £10/£8.

Full listing with ticket booking links can be found at www.manchesterliteraturefestival.co.uk/events