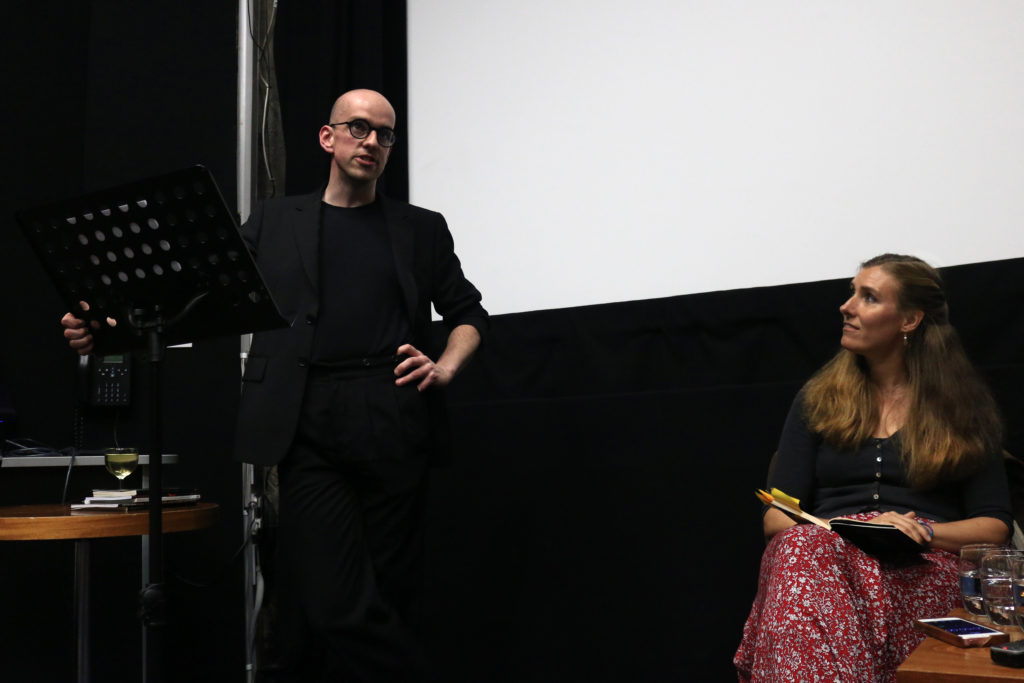 Aspiring poets and poetry enthusiasts gathered in Manchester Metropolitan University to hear readings from the individuals shortlisted for the Forward Prize for Poetry.

“It’s thrilling that in these times of austerity, where funding for libraries is down 40 percent, that the Manchester Metropolitan University will be investing in the fourth poetry library in the country,” McMillan announced, to rapturous applause. 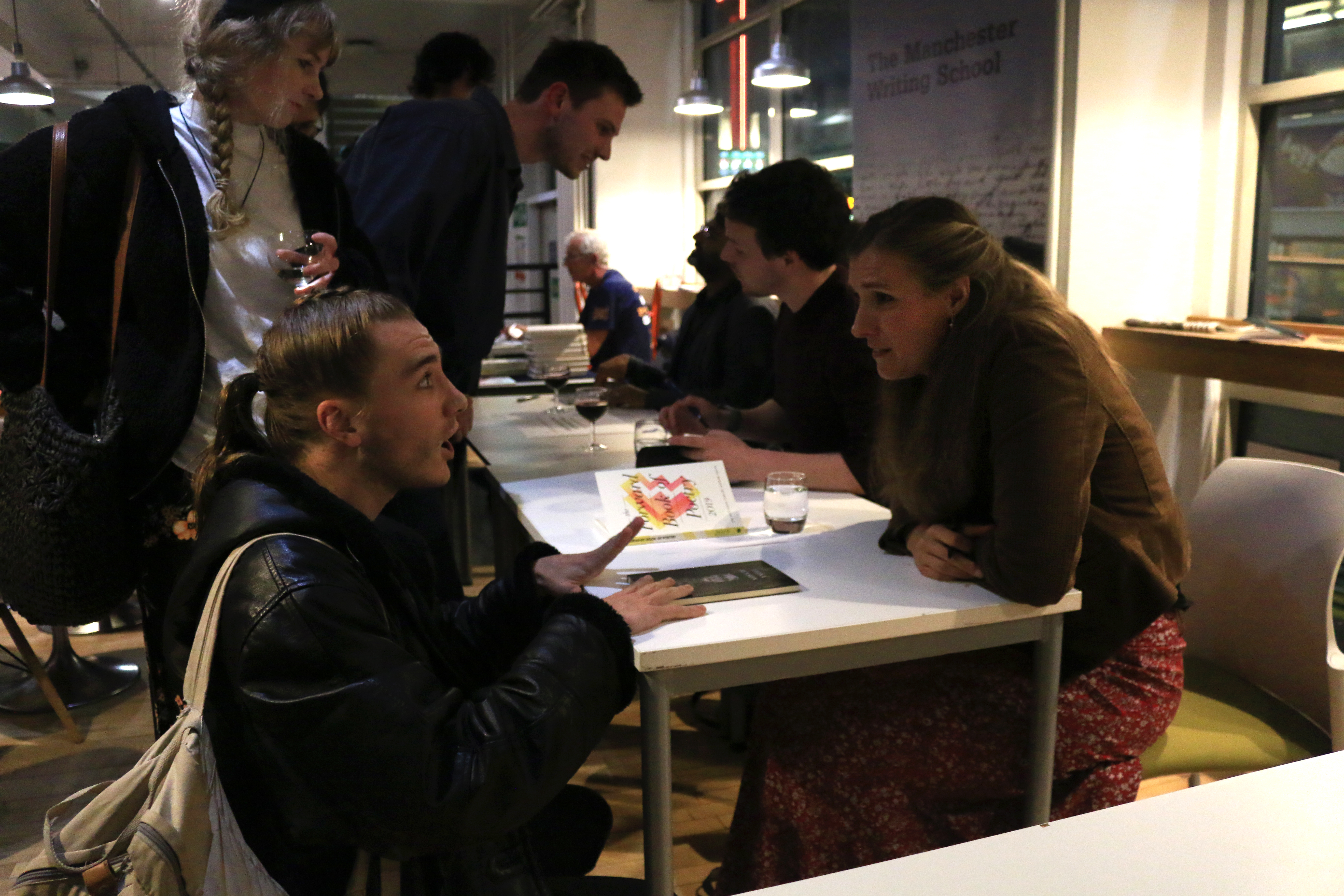 The Manchester Poetry Library will be the North West’s first public poetry library, and will focus on contemporary poetry, in addition to specialising in spoken word poetry.

McMillan then turned the focus over to the poets shortlisted for the Forward Prize for Best Collection.

The first poet up to read from their collection was Fiona Benson, who was reading from Vertigo & Ghost. Introducing Benson to speak, McMillan said: “The poems here are brave and vital. These are poems that ask us to contemplate the darkest aspects of human nature, but with Fiona as our guide, there is no need for us to be fearful.” 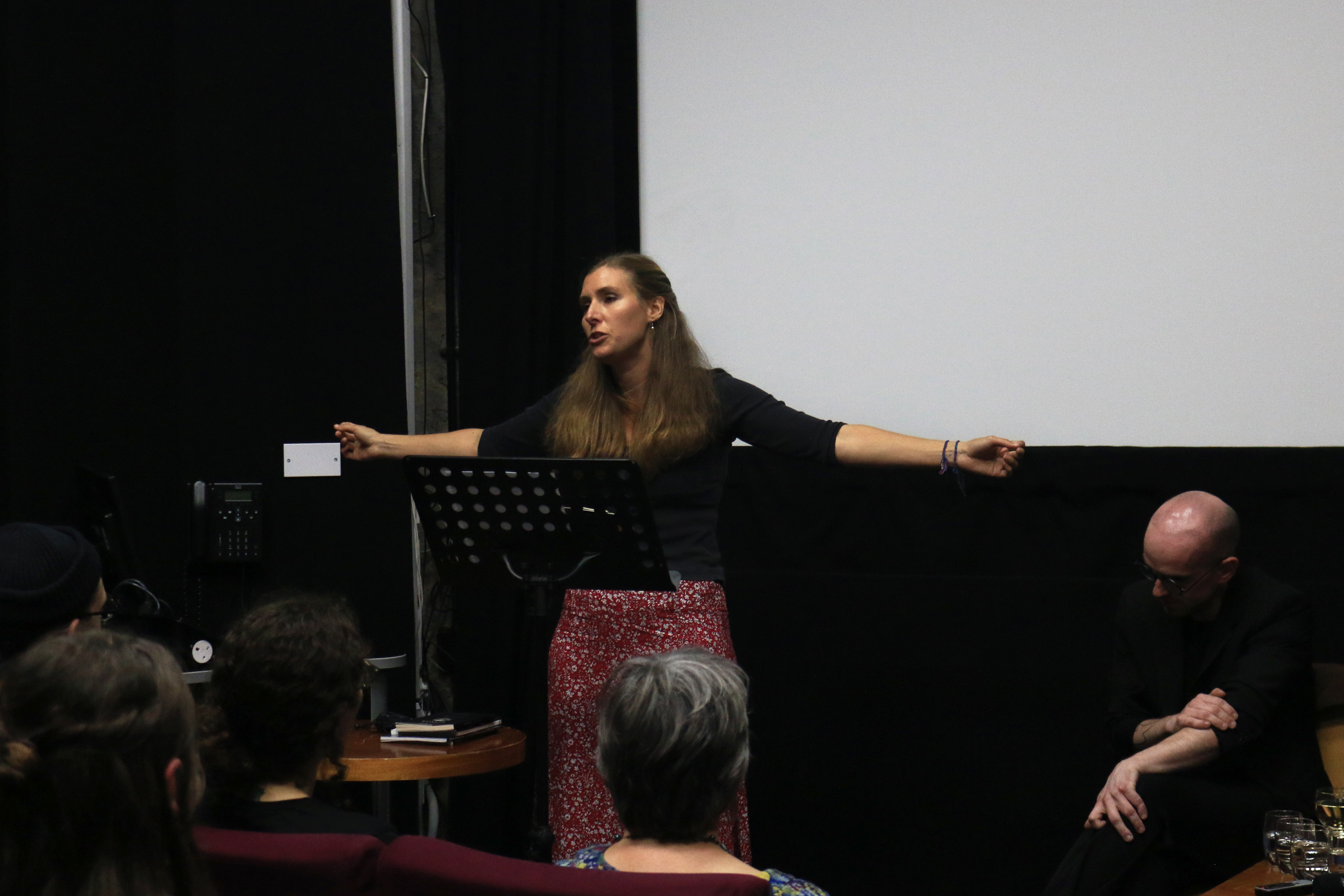 Benson’s readings took the audience through the motions of complex subjects like rape, war and teenage sexuality.

Niall Campbell then took the stage to read from Noctuary. The works featured in this collection drew from his experiences of fatherhood, and he touched upon this before reading his poem ‘Goodnight’. He explained: “Those moments where you’re up in the middle of the night are so intimate. The world’s asleep as far as you’re aware, and it’s just the two of you.” 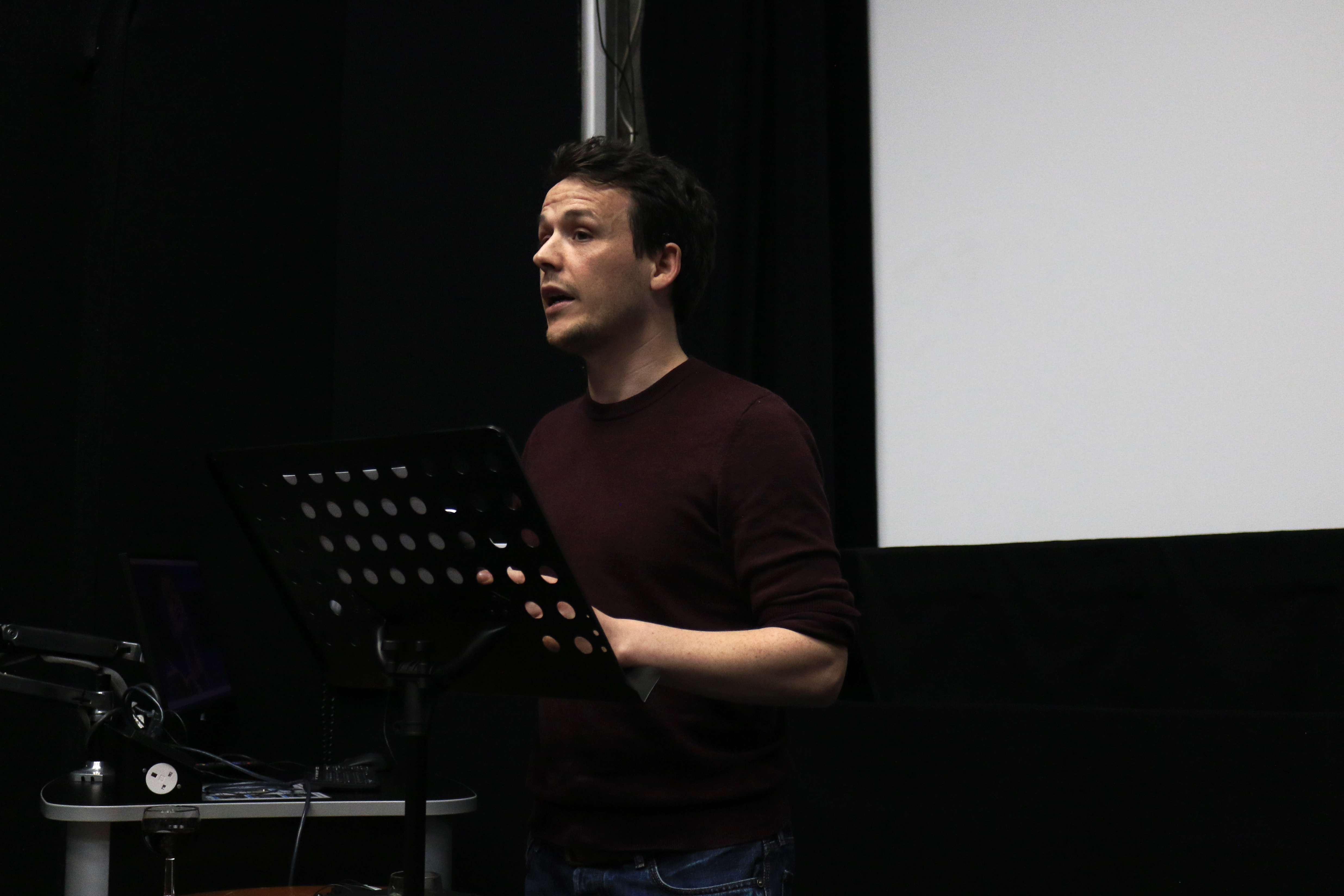 Speaking to aAh! about the significance of the Forward Arts Foundation hosting this Northern Preview, Campbell said: “The more we do events like this away from London, the better. Speaking as a Scottish person, it’s nice to feel included.”

The third poet nominated for the Forward Prize for Best Collection, Ilya Kaminsky, wasn’t in attendance but a recording of his reading was played over the projector. McMillan described his collection Deaf Republic as, “part drama, part prose, part historical biography”, and in the readings, visual imagery of destruction and conflict gave this description validity. 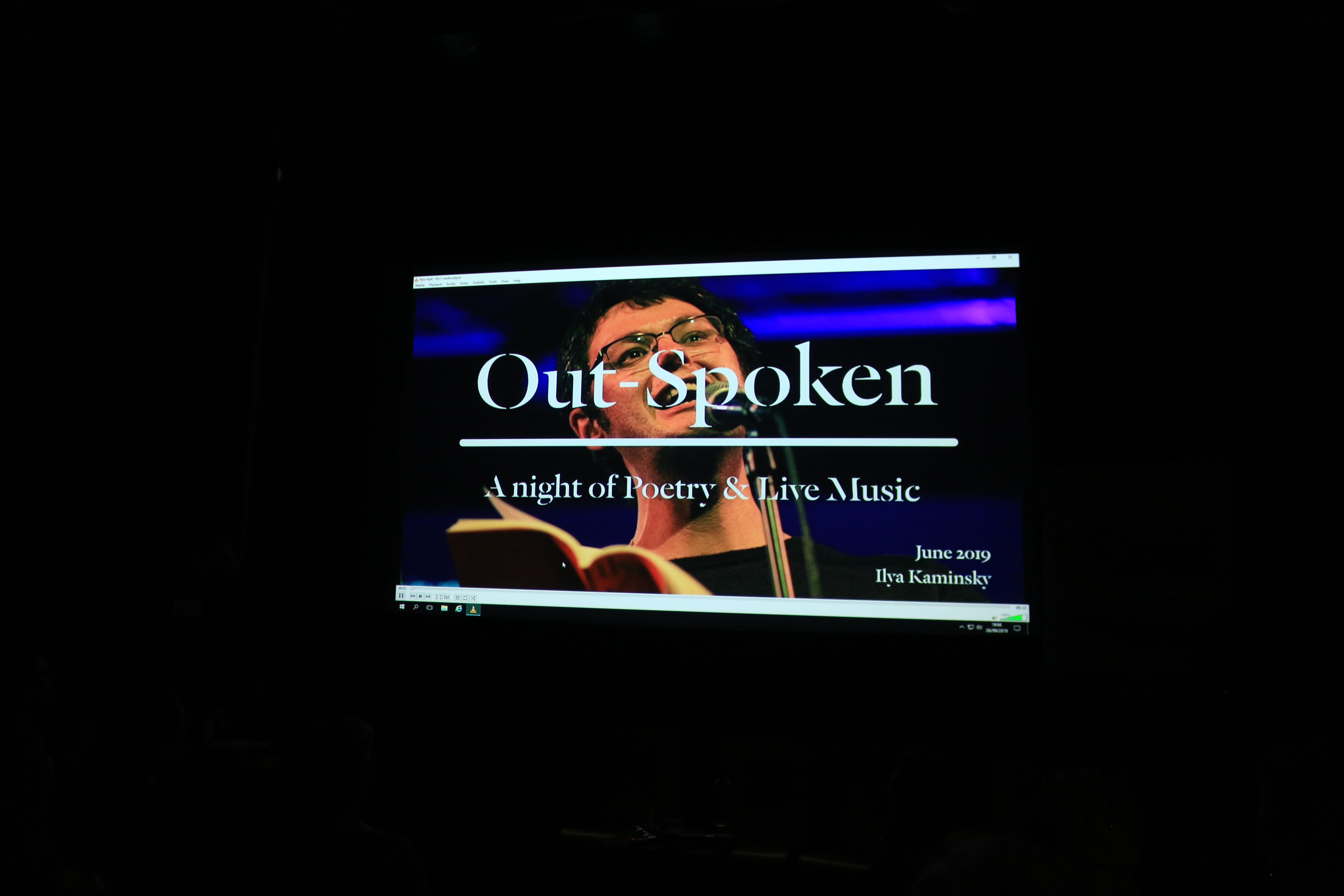 After Kaminsky’s video had finished, Vidyan Ravinthiran took to the podium to read work from his collection, The Million-petalled Flower of Being Here. Although his work is personal – mostly in the form of sonnets to his wife – they also delve into subjects such as racism, mixed raced relationships and relationships to the nation state. 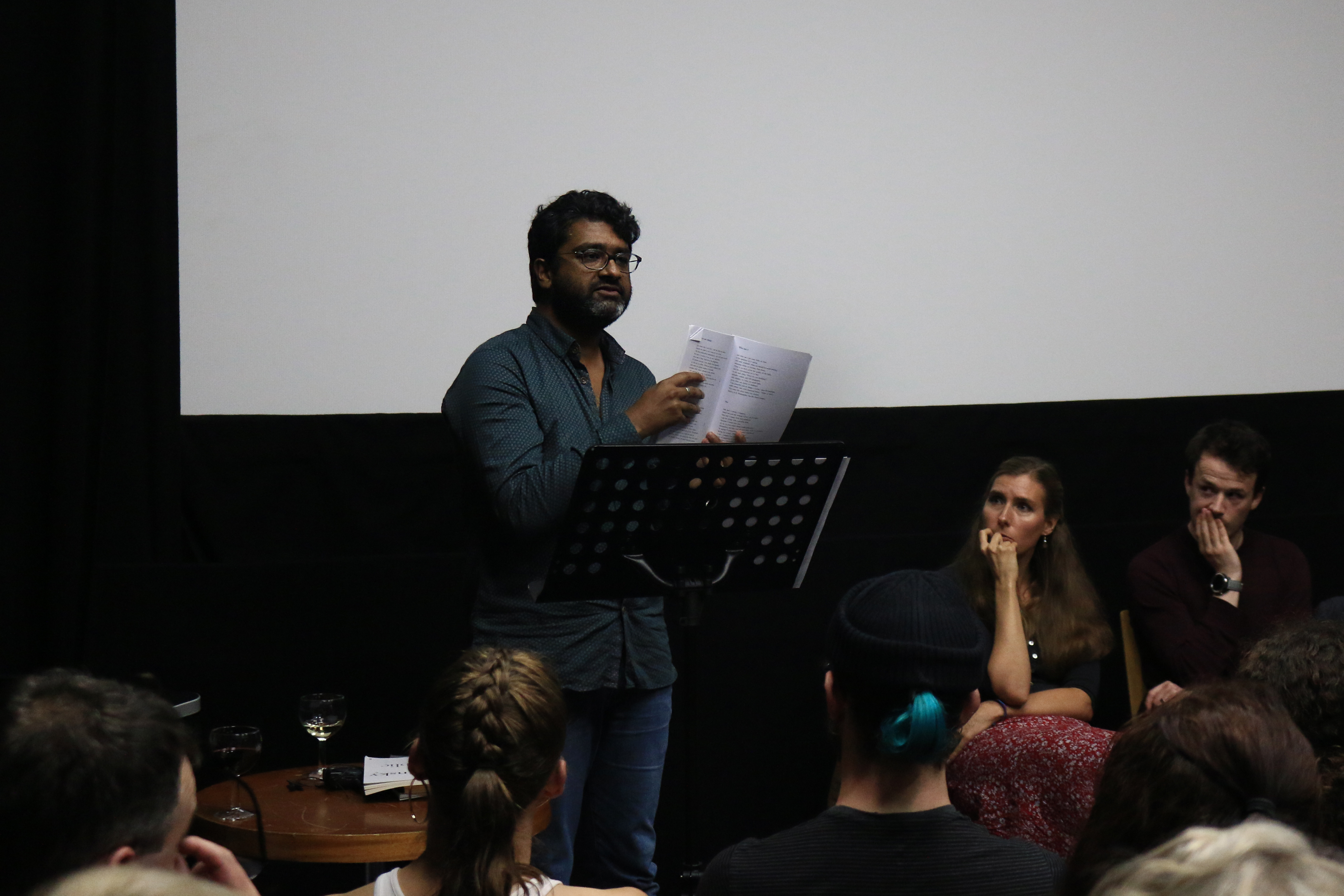 When asked about advice he’d give to young aspiring poets that may have been in attendance, Ravinthiran told aAh!, “Putting poems out there is like posting letters into the sea, so don’t be afraid of sending poems out to magazines. Keep going at it, develop a thick skin for rejection and read a lot!” 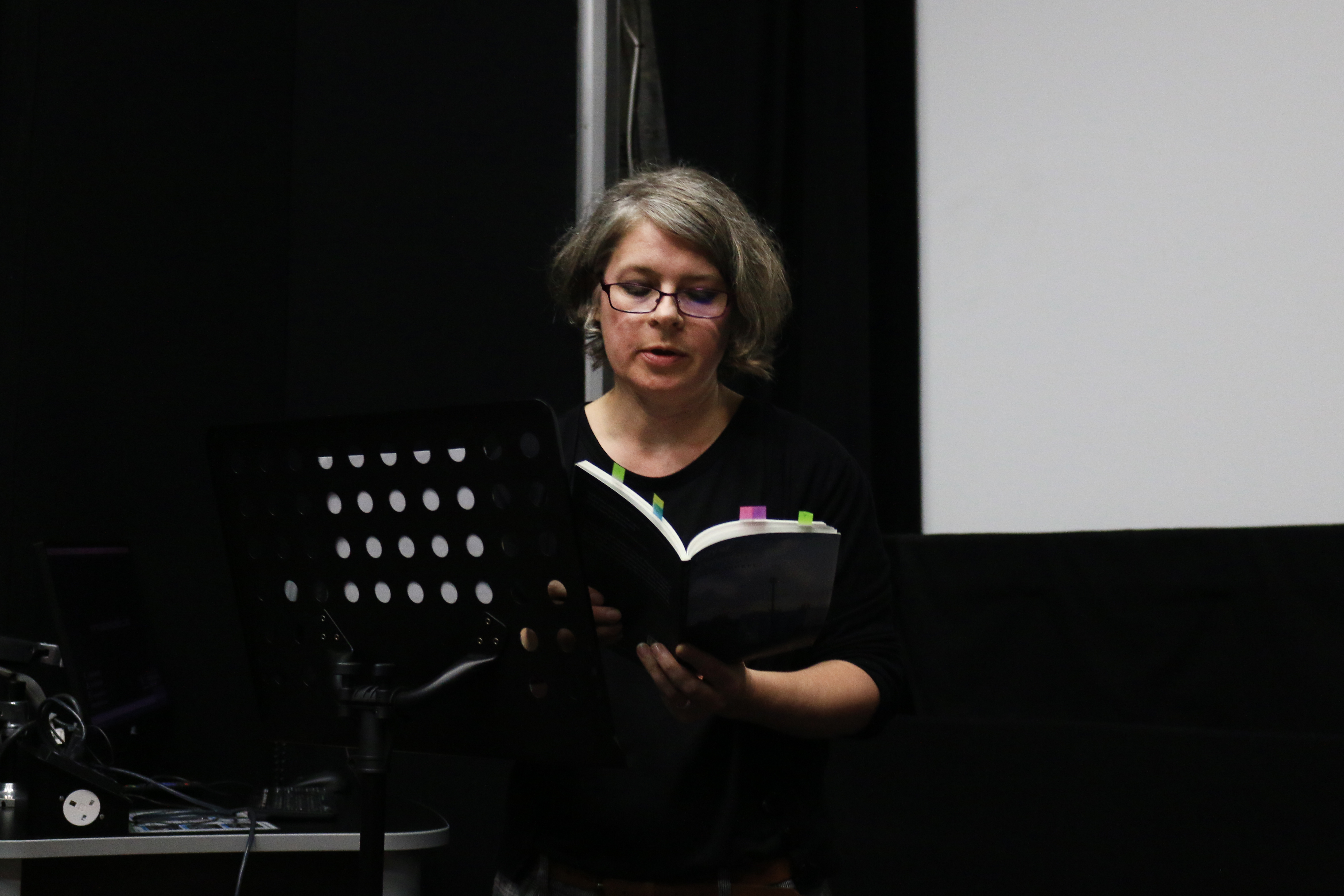 The final poet to read was Helen Tookey with City of Departures. When asked about the greatest benefit of poetry readings, she said: “You get a feel for how people respond, and you bring your poems to life – it’s a good way to test your work out and see what works.”

McMillan concluded the night remarking: “I think it’s safe to say they’re all winners. The only losers are me and the other judges who have to decide between them.”

The poets moved upstairs to sign copies of their work for attendees. One aspiring poet, Roma, told aAh! that she was attending to “hear some new work, get a feel for lots of different themes”.

One recurring theme throughout the evening was a strong desire to shift the poetry scene out of London and branch out more into the North. Each poet shared their delight that the Forward Arts Foundation had organised this event, and that it represented a shift away from the perception of a London-centric community.

McMillan summed up this sentiment best in his concluding remarks: “Hopefully together we can continue to build what I’ve decided to call the Northern Powerhouse of Poetry.”