You are here: Home / News / University lecturers around the UK begin strike over pay and working conditions 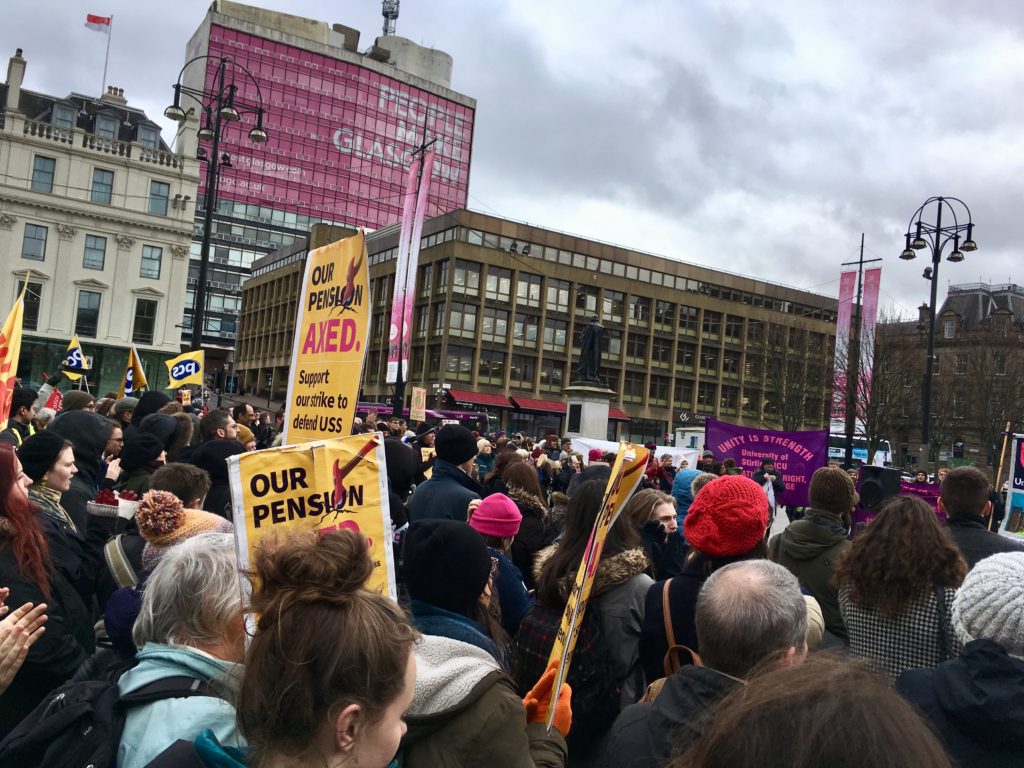 University lecturers and support staff from 60 universities across the UK will begin eight days of strike action today, amid disputes regarding staff pensions, pay and working conditions.

The action follows similar strikes by the University and College Union (UCU) and Universities UK (UUK), which failed to come to a solution over similar issues in 2018.

Between September and October members of the UCU voted in two rounds of ballots regarding the strikes; 79% voting in favour against planned changes to the University Superannuation Scheme (USS) and 74% regarding pay and working conditions.

The ballot received support from 70% of voters at Manchester Metropolitan University, however, due to the legal threshold of 50% participation that was introduced in 2017, the vote failed, meaning that no strike action will occur at the university this week.

Down the road at the University of Manchester, however, the staff did manage to beat the trade unions rules with 51% of union members participating in the vote with 83% voting in favour of the strikes.

The USS, in particular, has garnered criticism after the modelling by First Actuarial revealed that a typical member will pay around £40,000 more into their pension, but receive almost £200,000 less come retirement, leaving them £240,000 worse off.

Earlier this month, the UCU general secretary Jo Grady stated: “The first wave of strikes will hit universities… unless the employers start talking to us seriously about how they are going to deal with rising pension costs and declining pay and working conditions”. On Wednesday 21st November Ms Grady said she would double down on the threats of further strike action happening in the New Year unless a long-term sustainable offer is found.

While many students have voiced support for industrial action, such as the Manchester Labour Students group, there has been some trepidation regarding the strikes in regards to the lost teaching time that many students will experience. During the 2018 strikes, students at Bangor University successfully petitioned for each student to receive £380 each as reimbursement and it is likely that similar action will be attempted this year too.