You are here: Home / News / Politics / Trump Administration To Lead The Way On Decriminalising Homosexuality Worldwide? 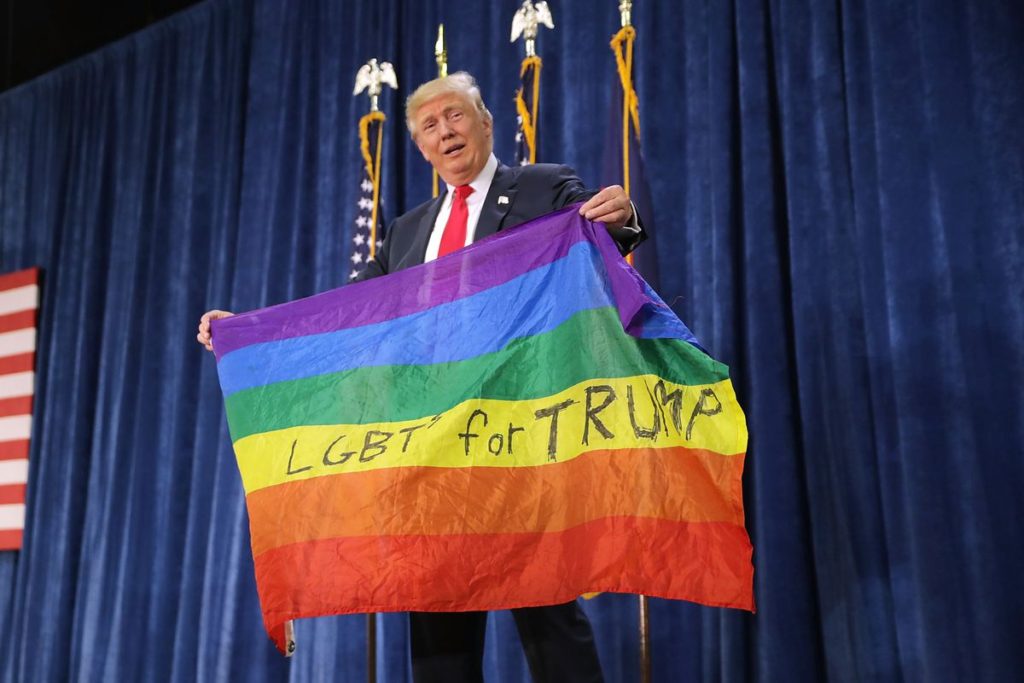 Since taking his seat in the Oval Office in January 2017, President Trump has faced his fair share of criticism. A major point of concern has been that his administration would signal a roll-back of LGBT rights in the United States.

LGBT organisations have regularly pointed to actions, such as his decision to bar transgender people from serving in the military, as proof that Trump’s bigotry will lead to the reversion of the progress of the past fifty years.

In public appearances, Trump has generally maintained a fairly mild stance on the LGBT community compared to many of his fellow Republicans. He insisted he was ‘fine’ with same-sex marriage and that he wouldn’t seek to overturn it as President. During his campaign trail in 2016, he was also asked whether Caitlyn Jenner could use the women’s bathroom if she visited Trump Tower, to which he responded: “That is correct”.

In spite of this, research conducted by the Fenway Institute found that the Trump administration has already amassed a “striking anti-LGBT record”.

However, NBC  recently reported that the Trump Administration was launching a ‘global effort to end criminalization of homosexuality’.

The project is being spearheaded by Richard Grenell, the U.S. ambassador to Germany and the highest ranking gay man in Trump’s administration. The U.S. has flown in LGBT activists from all over Europe into Berlin in order to prepare to push for decriminalization in regions of world with legislation which is hostile to LGBT individuals.

According to the human rights group, ’76 Crimes’, 73 countries around the world criminalize homosexuality. Of these, 13 have the death penalty – and four regularly carry it out (Iran, Iraq, Saudi Arabia and Somalia).

The majority of the countries in which homosexuality continues to be criminalised are located in Africa and Asia.

Details will likely emerge over the coming weeks, but it’s speculated that the campaign will involve international organisations such as the United Nations and the European Union.

It seems that this move was sparked by the recent execution of a gay man in Iran – a geopolitical foe of America. There is considerable speculation that Trump will point to Iran’s human rights failings as reason for the EU to abandon plans of a nuclear deal with Iran.