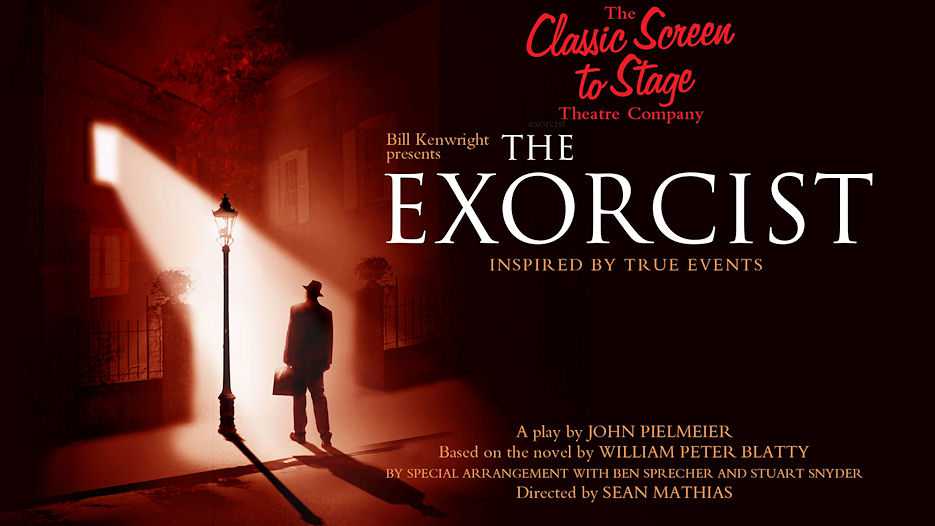 The double Oscar-winning cult classic has been resurrected by John Pielmeier for theatre audiences to enjoy as it embarks on a tour across the UK. It’s opening night at Manchester’s Opera House was filled with audiences of all generations (permitting they were aged above the obvious 15+ age rating).

The crowd was abuzz with anticipation, as they were in the unique position of knowing the ins and outs of the plot. The Exorcist is infamous for its use of expletives and sexual references, which posed the question: would they really include such risqué material in a live production? The Exorcist comes with a warning: ‘Contains adult material which may shock and offend.’

The plot centres around a 12-year-old Regan (Susannah Edgley) as the loud, sinister noises she hears from the attic at night turn out to be every child’s worst nightmare; real. After discovering a Ouija board in her large, creepy house she contacts the paranormal entity which puts her possession into motion.

We then follow her mother (Sophie Ward) through her desperation to save her daughter. Many misdiagnoses from medical professionals make it clear that the only way to do this is through an exorcism by Father Merrin (Paul Nicholas).

With a blinding flash and monstrously loud boom of thunder, the Opera House is plunged into deep darkness for an unsettling couple of minutes. Sharp screams erupt from across the crowd followed by a slew of nervous laughter, the suspense only heightened by the sound of a heart beating continuously. This was to set the tone for the next two hours.

We are introduced to the innocence of Regan on her 12th Birthday as she tells her mother that she loves her “more than life”. However, this innocence is a short-lived sense of comfort, as Regan’s possession follows soon after. The cleverly crafted set’s use of shadows and moody, blood-red lighting visualise the stages of the possession.

A cold chill fills the air – whether this was the air con on high or just the play sending shivers through the audience – as the voice of Ian McKellen, the demon, booms from the sweet girl we met at the beginning of the play.

The iconic scenes we all know, such as the infamous crucifix scene and repeated sexual references, were not held back – still inspiring audible shock from audiences 45 years after the Exorcist first hit screens.

The practical effects were the major takeaway from the night. The complete 360-degree turn of Regan’s head live is a shocking scene – it’s hard to believe they were able to pull it off.

The cast was met with an eruption of applause and scattered standing ovations as the curtains closed.

This heart-racing adaptation is not for the faint-hearted but is hugely entertaining for its entire two-hour run time.