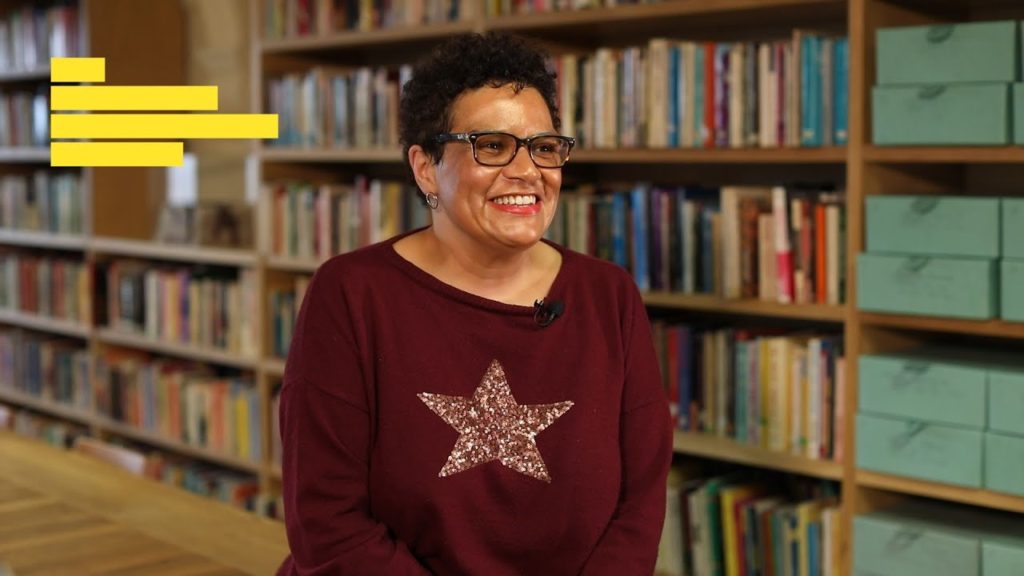 The International Literature Showcase presented by the National Centre for Writing, in accordance with the Manchester Literature Festival.

Jackie Kay (author of Trumpet and Red Dust Road) spoke of the systemic oppression BAME writers face in Britain today at the Manchester Literature Festival and claimed she never once saw herself represented in the books she was reading at school.

It was not until university, she said, where she was introduced to writers like James Baldwin, did see someone the same colour as her within the pages of a book who was also asking the same questions. Kay asked the audience to look again at how we are writing contemporary Britain and to invite more diverse writers to the table, so we aren’t reading the same narrative time and time again.

She told the audience that these writers give us back the world in all its complex glory; because they are good writers – bold, brilliant and brave. She finished by saying that because of these writers and of this movement, she is hopeful for the future.

The three writers Kay brought to the panel were Diana Evans, novelist, journalist and critic, Nadine Aisha Jassat, poet-writer and creative practitioner and Imtiaz Dharker, poet, artist and documentary film-maker. They stood to read an extract of their works.

Evans read from her third novel Ordinary People, a book which opens on the night of Obama’s inauguration and closes the day Michael Jackson dies. She described the book as a glimpse into the black middle class, a book about ordinary people, hence the title. The extract is poignant and heartbreaking. From Michael being on his phone to Melissa listening to her rice, the strain between them is clear, and perfectly encapsulates the essence of the book.

Jassat read three poems from her book Let Me Tell You This. A book she says is about voices, voices unheard, and voices being reclaimed. Her first two poems are beautifully read and evoke an abundance of emotion. She depicts her parents so intricately, it’s like they’re in the room. Her third poem, the title poem, is about reclaiming your own voice when you feel completely voiceless. It’s melodic and summons both beauty and pain in a way that has you holding your breath.

Dharker also read three poems. Her first called, They’ll Say, “She Must Be From Another Country”, is so poignantly about how in society we discard those who we don’t identify with. Her last poem, The Trick, ends with “the shadows live wherever there is light.” The conflict between light and dark, reality and dreamland, in this poem blend together to create real heartbreak. It’s easy to see why, as Kay mentions, Carol Ann Duffy has said that if there was to be a world laureate, it would be Dharker.

The writers then talked about being a BAME author, voice, othering, publishing and education.

When Kay asked about the frustrations in being a BAME writer, Evans said it is her motivation. She wants to represent those who aren’t represented, and reflect the world she is living in. London is 50% non-white, and she said she wants this emulated in literature.

Jassat talked about respect, and revealed a story in which someone at a literature festival introduced her as “Nadine Blah Blah”.

Dharker received a roar of laughter when she said that if someone cuts in front of her in a queue and tells her to go back to her own country, she responds with, “get back in your cave you scabby scunner.”

The speakers at the event mentioned how in schools there should be a change in the texts that children are studying. Introducing more BAME authors into schools would allow all children to see themselves within the literature.

There was also mention of teaching the accomplishments of women of colour in schools. Evans spoke about expanding the canon to reflect the world we live in today, not one from years ago, especially since these books that we learn about in school are supposed to tell us so much about society. In reality, it’s only revealing half the narrative.

When asked about publishing, the panel mentioned independent companies like Knights Of, 404 Ink and Bloodaxe Books as the ones really championing BAME writers. It is just as important in children’s publishing also, to represent voices that may be disputed. They discussed how in the last decade there has been a real change in big publishing companies giving BAME writers a platform.

“Hachette UK has implemented a programme of policies to “change the story” in making sure every story is being told. “

Everyone on the panel was asked who they would choose to join Kay’s list. Evans chose Bernadine Evaristo, Jassat chose Raymond Antrobus and Dharker chose Malika Booker.

By the end of the night, I was left with something Kay said: “with our imaginations, we create the borderless places.”

In the UK 8% of titles published between 2006-2016 were written by authors of colour. Kay added that as writers, “it is our job to represent the voices which feel disputed.” This is why these conversations are so important.