You are here: Home / Opinion / Politics / The Yellow Vests have failed — copycats beware 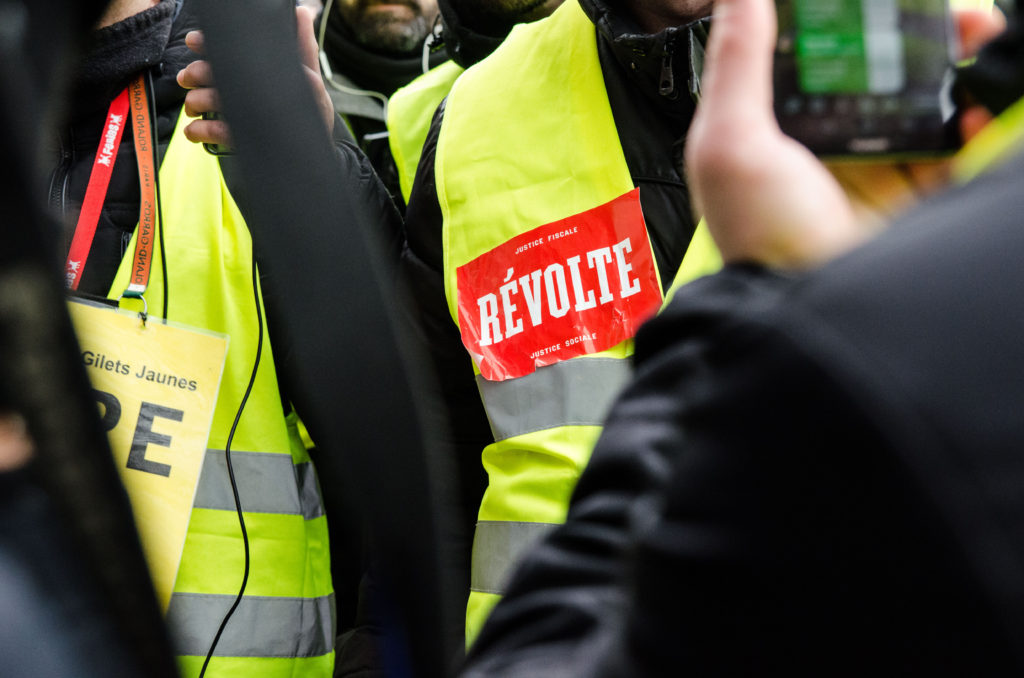 Paris has witnessed chaos in the past few months or so. Following President Macron’s introduction of an increased fuel tax, thousands of people have risen up in protest, claiming to be driven by years of parliamentary injustices that have only just erupted. Adorning hi-vis jackets, the compulsory addition on the back seat for all car users, they’ve taken to the streets, committing themselves to violence, arson, theft, and destruction.

Current events hark back to the London riots of 2011, an ambiguous cause following a police shooting that quickly spiralled out of control, leading the city into total, pointless anarchy for days. While the Met police were able to shut down the turmoil quickly, Paris has not been so lucky. The movement has even doubled London’s death toll, tallying at 10 so far.

In further comparison to the aimless intent of their cross-Channel predecessors, the ‘Gilets Jaunes’ have no clear-cut leaders, material, or organisation outlining a specific squabble against the Government. Each protester in France has a different vendetta against ‘the man’, or rather, the ‘men’; a seemingly endless list of obscure demands.

A series of protests in the UK, spanning from 2000 to 2007 against rising fuel prices, put the French to shame. “TransAction”, a disgruntled group of Truck drivers in Essex, used fleets of hundreds of vehicles to barricade oil refineries and facilities, causing widespread disruption that forced the Government into freezing, and then stabilising fuel prices, much to the drivers’ satisfaction. Through formal petitions, effective organisation and a clear idea of what they wanted, TransAction even gained the support of David Cameron, who included their requests in the Conservative manifesto of 2010. It was lengthy, but the process was effective, and at no point in time was violence necessary.

The Yellow Vest movement started in a similar direction, with truckers online calling for a blockade in October of 2018, but, perhaps due to the power of social media, it took a drastic turn towards chaos, rather than following England’s peaceful example. Police officers and citizens alike are now being injured on the daily, with the authorities having been controversially forced to employ tear gas, unprecedented on turf this close to home.

However, Paris is only patient zero of the “Gilet Jaunes” pandemic.

The Yellow Vest movement, ironically, has based itself in the City of Love, but hasn’t stopped there. Copycats have since sprouted up all over the world, from Europe to the Middle East, America and East Asia. As the movement undergoes a sort of diaspora, Yellow Vests abroad are looking to their rabid cousins in Paris for inspiration, making a major mistake in doing so.

Many demonstrations across the world, inspired by the vest, are tackling legitimate issues such as corruption, inequality and workplace layoffs. But these efforts are being clouded by extremism. Simple, exploitative violence, especially in France and Belgium, is painting the movement red. Likewise, it has only taken our Brexiteer counterparts to take one glance across the channel and adorn their own vests in preparation for potential ‘riots’. EDL founder, Tommy Robinson, lately taken under UKIP’s wing, is already insinuating violence amongst the ranks.

Several reports have even referred to the influence of French history, as if previous revolutions are some sort of justification for the madness. This may have applied a few hundred years ago, but we now live in a modern age of negotiation and effective demonstration. While the Yellow Vests try to see their demands met in an instant, they’ve realised a simple fact of today’s democratic society — you can’t get what you want through force, something that President Donald Trump is also coming to learn.

If other countries want to make any progress, they should drop this tarnished image immediately. People are uniting against an array of real (or perceived) injustices, simply because they’re able to slap on a vest and immediately ingratiate themselves as an esteemed member of the movement, allowing anybody to disguise themselves and their intentions.

This is a serious issue for those who are attempting to implement real change. The symbol of the vest has failed and will ruin the integrity of any future demonstrations using it. Yellow has become the world-wide colour of ‘not really knowing what we want, but we want it now’, exemplified by France’s antics.

President Macron’s policy was only fuel to the flame (if you’ll pardon the pun) of growing social tensions across Europe that we have yet to see the climax of, especially in Britain. Yellow Vests abroad should forget the symbol of a chaotic movement and continue to tackle their respective issues, whilst leaving the association with Parisian hooliganism far behind.