You are here: Home / Opinion / Meghan Markle Divides Opinion As She Reaches Out To Sex Workers 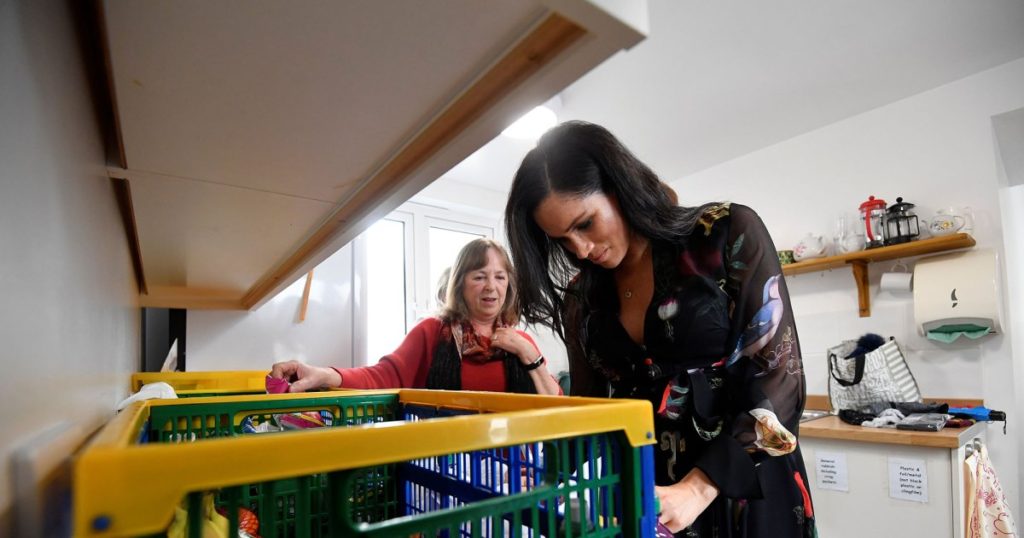 The Duchess of Sussex, Meghan Markle, recently accompanied her husband Prince Harry on a visit to the charity, One25. The Bristol based charity aims to ‘to reach out to women trapped in or vulnerable to street sex-work, supporting them to break free and build new lives away from violence, poverty and addiction.’

Whilst they were helping to pack food packages for the women, Markle decided to take a sharpie and write encouraging messages onto the bananas that were going into the packages – ‘You are brave’, ‘You are special’, ‘You are strong’, etc.

As is typical with the Duchess, the response has been varied.

One sex worker didn’t take well to the Duchess’ words of encouragement. Speaking to The Sun, a woman named Nikki claimed: ‘People out here struggle to eat and sleep and she gifts us some words on a piece of fruit. She has the means to help us more than that. It’s offensive, you know.’

Other sex workers, however, viewed the Royal Visit in a different light. Sam, a former prostitute who was groomed from the age of 14 and became addicted to drugs, expressed her gratitude for Markle’s visit: ‘It is amazing that they chose to come here. It is heartwarming and makes you think that these women are not forgotten.’

It wasn’t just among the women seeking help that Markle divided opinion. The reaction from the public has been just as split.

One DailyMail reader fumed, ‘A really silly and ill judged stunt by Megan. At a time when all the vitriol is coming out on the forums and she just adds to it. It makes it harder to defend her. I am speechless.’

Another struck a more sympathetic tone – ‘It was a spontaneous moment driven by a purely humanitarian spirit. Our beloved Princess may have misjudged slightly, but it came from her honest love of all her people. I think we can all agree on this and move on.’

Piers Morgan took to Twitter to ridicule what he deemed ‘one of the most ridiculous things I have ever seen a member of the Royal Family do’.

Why is Meghan Markle signing bananas for sex workers to ‘empower them’?
This is one of the weirdest, most ridiculous things I have ever seen a member of the Royal Family do… https://t.co/23udRBtyuw

Another tweet even drew a comparison between the Duchess and the much beloved Diana, Princess of Wales – Markle’s late mother-in-law.

Diana famously reached out to people living with HIV, who at the time were arguably the most stigmatised demographic in Britain. With the words “HIV does not make people dangerous to know, so you can shake their hand and give them a hug. Heaven knows they need it”, Diana contributed to the dismantling of the stigma surrounding HIV and AIDS.

Perhaps Meghan’s simple act will do the same for sex workers?

Sex workers are disproportionately at risk compared to other women. Three-quarters of women involved in prostitution have been physically assaulted, with over half having been raped (according to Hester & Westmarland Home Office statistics from 2004). They are also eighteen times more likely to be murdered than woman of a similar demographic background.

The statistics are shocking, and shouldn’t be ignored.

Whether or not Meghan Markle’s involvement was sufficient, she has brought considerable media attention to a charity that is helping women who are at considerable risk of sexual assault, violence and drug abuse. That’s deserving of praise.

To find out more about One25, head over to their website.