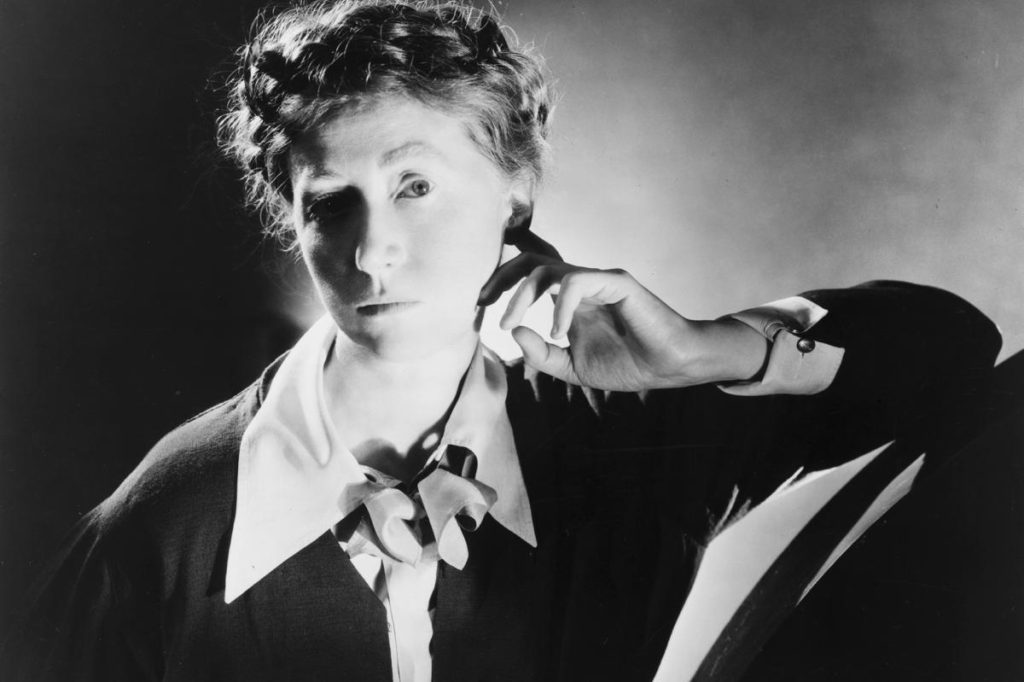 Moira Egan’s lecture on one of America’s most celebrated poets, Marianne Moore, proved how The People’s Poetry Lectures allow poets to passionately talk about others that have inspired them and shows how difficult work such as Moore’s can be given fresh understanding to a wide audience.

Former Poet Laureate Carol Ann Duffy introduced the evening by highlighting the importance of such events: “We at The Writing School at Manchester Metropolitan University are committed to continuing these lectures which take the idea of the poetry lecture out of the academy and into our city”.

The audience, who braved the stormy weather to attend the lecture in the Director’s Suite of the iconic Principal Hotel, was made up of students, tutors, writers and the simply curious – many of whom had no prior knowledge of Moore’s work.

Duffy, one of the UK’s most celebrated poets, went on to admit she has always struggled to understand Moore’s poetry, saying, “I understand about a tenth of what Marianne Moore writes, despite 30 years of reading and re-reading her.”

Duffy’s admission about her difficulty with Moore’s poetry provided comfort to the audience and set the evening off with an atmosphere of inclusivity and openness.

Duffy explained how she heard Egan, an award-winning poet, translator and teacher, talk about Moore when they met in Rome, which gave her the idea to invite Egan to Manchester. “Moira was so engaging and so clear and so educative in how she spoke about Marianne Moore that I said you have to come to Manchester and tell everyone else,” she said.

“I understand about a tenth of what Marianne Moore writes, despite 30 years of reading and re-reading her.”

Egan’s lecture on Moore wove biographical and social context to give clarity to Moore’s often misunderstood work, explaining how common criticisms of Moore’s work as “cerebral, impersonal, and holds the reader at arm’s length” were, in fact, central to her poetic project.

As one of the great Modernist poets writing at the start of the 20th Century, Moore’s intelligent, precise and allusive poetry was an act of defiance against the male hegemony. She was a leading light amongst a new wave of feminism, fighting against widespread sexist views, which Egan described as: “Too much information stored up in that pretty little head of hers might cause a woman’s uterus to shrink, rending her sterile.”

She read three of Moore’s ‘Not-So-Timorous Wee Beasties’ poems, about little armoured creatures such as the snail, whose humble compact form gives them a strength Moore particularly admired. Her reading of Moore’s feminist project tied into the ongoing feminist campaign to achieve equality in all areas of political, creative and cerebral life.

Unlike the subsequent Confessional poets, Moore’s power lied in her reticence to speak through both poetic form and form found out in the world. “The poems emphasise what Moore would later identify as her most valuable assets as an artist; persistence and fortitude. Her animal poems are both instructions in the art of survival and acts of survival themselves,” Egan said.

Moore’s intelligent, precise and illusive poetry was an act of defiance against the male hegemony.

Egan ended with a “final example of one of those tiny beleaguered organisms surviving in adversity”, by reading Moore’s poem ‘The Student’, about a student who works away as a recluse with no reward, “not because he/she has no feeling, but because he/she has too much.”

Egan told aAh! Magazine, “It’s an amazing series. I knew Carol Ann before and I admire her so much as a poet and as a person and what she does. To have poets talk about poets is one of the most wonderful things and I was really honoured to do it. I was also very daunted. There’s so much that could be said about Marianne Moore.”

She added that she hoped “this little talk will inspire you to dig in —for the first time, perhaps, or perhaps yet again — to the work of one of our great foremothers, Marianne Moore”.

Many who attended the lecture agreed that they found Moore’s poetry challenging and that hearing Egan impart her enthusiasm and knowledge with such gusto inspired them to read Moore again with new energy and confidence.

Bloodaxe-published poet Keith Hutson said, “I found the lecture very interesting and entertaining and informative because I had read some Marianne Moore and, like Carol Ann said, I had found it a bit above my pay grade really. This has inspired me to go and read more now.”

Rachel Astbury, a young poet attending the event for the first time, said, “Obviously, in school, you do loads of analysis but I thought it would be interesting to see what other people who write think about other writers.  Attending events like this will help me decide whether I should study poetry at university.”

To find out more about Manchester Writing School events, visit here. Contact the School at writingschool@mmu.ac.uk or on Twitter.