You are here: Home / Entertainment / Review: Stacey Dooley Sleeps Over 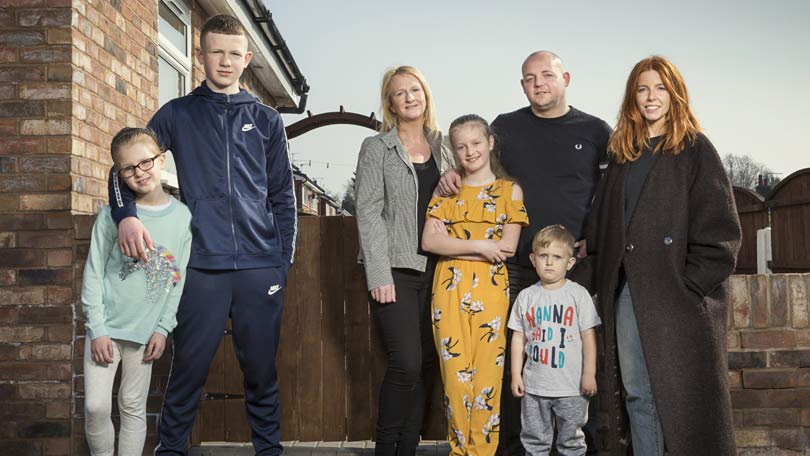 In a new documentary series aired on W, documentary filmmaker and Strictly Come Dancing winner Stacey Dooley, looks into the lives of interesting people and families by staying with them for 72 hours in their own homes.

The shows aim is portray what life is like in a modern Britain. The six episode series launched on September 4, and includes a family living open relationship, one of Britain’s most famous Youtube families and a couple that don’t believe in rules for their children.

In episode three entitled ‘The Family Without Rules’, Stacey investigates what it is like to live in a household where children are free to do as they please.

Towards the start Stacey explains to the camera how the children are known to have no form of schooling and are against vaccinations, which is known to be a controversial topic. The episodes share how the children go by child-led learning, choosing what they want to learn themselves. Stacey also questions the eldest child to find out that he can’t read or write his own name.

Throughout the episode Stacey shares her own opinions on what she’s investigating and describes her contrast to the family by saying: “Everything I say, I suppose I’ve experienced the opposite.”

It’s almost like she shares the point of view from our perspective as she, like most people, including myself, disagree with the way the family live. The show does its job in showing an untraditional lifestyle and it gives a look into a modern British lifestyle that people would mostly be unfamiliar around. Stacey also does a fantastic job at questioning the family to try to understand the choices they make and have people watching do the same. The documentary also shows the family going about their average day making it clear and realistic to watch.

The show manages to get a lot of people talking by including popular topics like the idea of anti-vaccination and the claiming of benefits which the family are open about. Stacey challenges the idea that others pay towards their house through tax but the father explains how they feel justified for their claims due to their lack of use of hospitals and schooling. He says: “In our own unique, weird, wonderful way, we balance the book.”

During the topic of anti-vaccination Stacey also asks people at the beach their opinions on not vaccinating children in which the woman says: “ The vaccinating thing I am very passionate about, I think you should vaccinate children.” It gives the show another viewpoint that is relatable to most people.

The show has managed to gain a lot of attention on Twitter by people who are unimpressed and critical with the families choices. The show and Stacey as a presenter have been praised by viewers for doing a good job of investigating the lifestyles and keeping people entertained.

Throughout the episodes Stacey manages to keep it interesting and ask the important questions that we want the answers to.

The series discusses issues that are topical today and creates a debate into the difference in peoples lifestyles and what we as the public see as the right way to live.

The show continues on W with the next episode ‘Landed Gentry’ investigating the lives of a wealthy family, on Wednesday 9th October at 10pm.

What do you think? Follow us on Twitter over at @aAh_mag and join in the discussion with #staceysleepsover.