You are here: Home / Opinion / Opinion: “Westerners need to ‘check their privilege’ on Hong Kong protests” 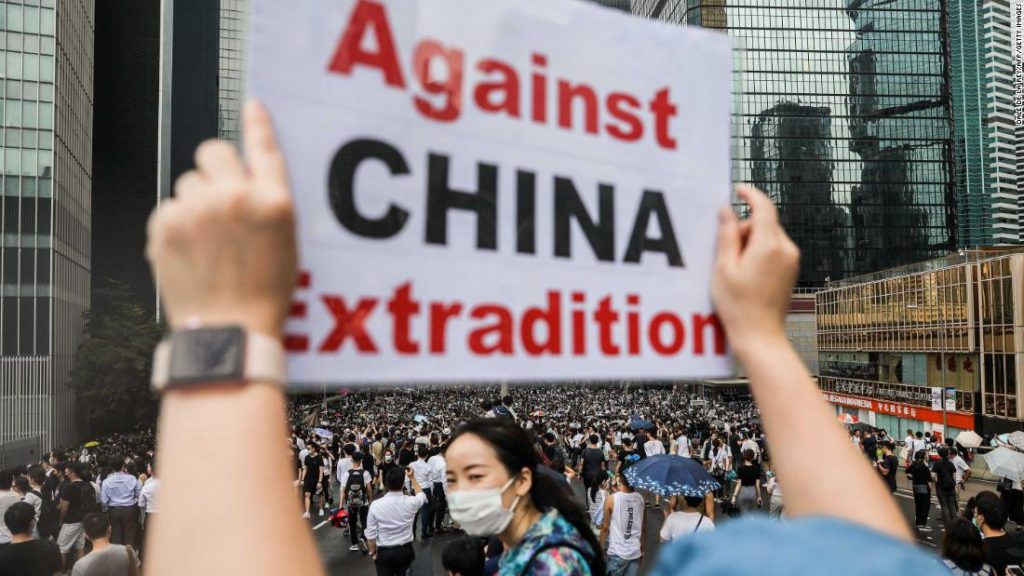 The Washington Examiner recently published a video on their Twitter page, in a which an American woman was shown taking Hong Kong protesters to task on how they conducted themselves.

The woman in the video is seen challenging protesters on why they chose to desecrate a wall, asking “Is this okay? Is this respectful?” When the protesters responded by pointing to the violence of the police force, the woman replied, “Violence breeds violence, do you agree?”

But the remark that drew the most attention from Twitter users was her assertion that the protesters in Hong Kong “value freedom more than safety”.

Responding to the video, several Twitter users – most of whom are American, admonished her for being ‘Un-American’.

One user responded, ‘For the first time in my adult life, I’m ashamed of my fellow American… Specifically, I’m ashamed that this woman is my countryman.’

The protests have been going on for several months now, and began in response to a extradition bill put forward by Carrie Lam, the Chief Executive of Hong Kong. This bill would have allowed for people who had committed crimes in China to be sent there from Hong Kong to face trial.

There were also fears that this extradition bill was another step towards undermining Hong Kong’s autonomy. Hong Kong has been a independent country since 1997, and under a ‘one country, two systems’ deal, allows it’s citizens more rights than they would have in mainland China.

In Hong Kong, freedom of religion is upheld unlike in China. Catholic and Anglican churches can appoint their own Bishops, unlike in China, and religious minorities – like the Falun Gong – can practice their faith openly, without fearing torture like they would in China.

Although the extradition bill was withdrawn in September, protests are still continuing as the protesters are making demands for ‘full democracy’ and an inquiry into police actions.

So where does this leave us in the West?

I spoke to a British expatriate living in Hong Kong, who wishes to remain anonymous, and asked her about her experiences living among the protests.

She spoke positively of the conduct of the protesters – of whom there can be as many as 1 million – and said they’ve handled themselves well. She explains, “There have been viral videos of protesters moving aside to ensure ambulances can get through, and helping each other out at protests, and I’d say this reflects the majority.”

When asked about what the west should know about the protests, she responds, “Despite the unrest in the city, Hong Kong is still the safest city I have ever lived in.” She also points out that the protests have now moved beyond the Extradition Bill, and are about four additional demands:

These protests are about something we can barely comprehend. They’re about the fight for survival against a bigger power, which threatens the freedom and liberty of every individual in Hong Kong.

The woman criticising the protesters is a perfect example of privilege. She will likely never experience the power of an authoritarian state, and the amount of fear that must come with such a prospect. For her to lecture protesters on ‘respectability’ is outrageous.

Westerners should keep a eye on what happens in Hong Kong. If possible, write to your local representatives in government to speak out on the issue. The minute we stop paying attention and pushing for worldwide scrutiny is the moment have failed Hong Kong.