You are here: Home / Film / Review: Rocketman Soars To The Stars 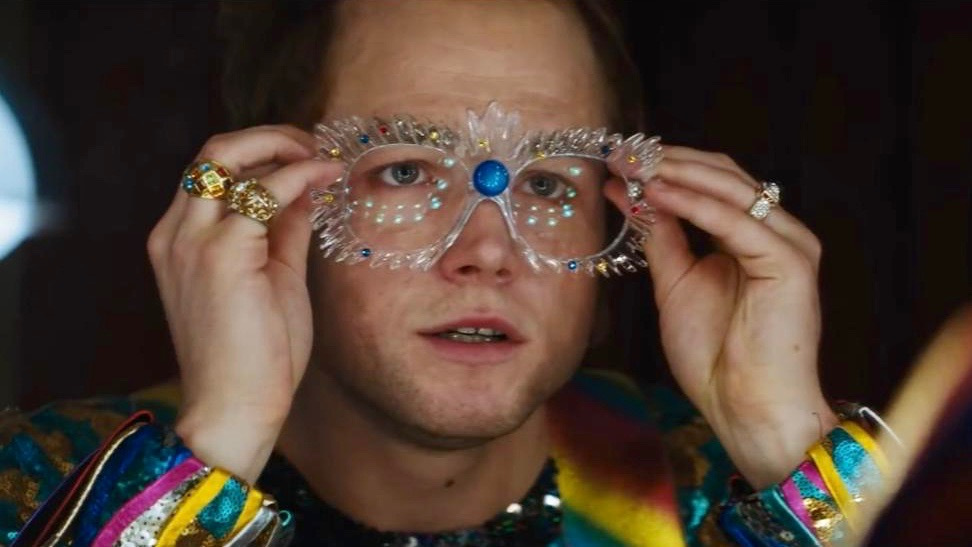 I had some reservations about this film. As an Elton John fan and somebody who is familiar with Taron Egerton from the Kingsman films, I had my doubts on whether I’d be able to see past the actor and see the glam-rocker himself. After some initial adjustment, however, I was able to totally lose myself in the character, and the ensuing ride was a joyous experience.

Inevitably, this Elton John biopic will draw many movie-goers to compare it to Bohemian Rhapsody, the Freddie Mercury biopic that was released last year. As much as I loved it, I must say that this film is brilliant on its own grounds and in wholly different ways. For starters, this film isn’t your standard biopic. Woven into Elton John’s life-story are energized, toe-tapping, vigorous musical numbers – most of which manage to fit into the film’s flow and all of which are sung with full vigour and heart.

The film is also told in flashback sequences, as Elton recalls his tumultuous upbringing, his discovery as a piano playing prodigy, his meteoric rise to fame, his difficulties with addiction and his process of coming to terms with his homosexuality. Inevitably, the film’s “queer aspect” has been touched upon in countless of interviews, in which Taron Egerton has had to justify playing a gay character as a straight man. That debate is a topic for another article, but I will say that it’s wonderful to see more gay stories being told on the big screen, regardless of the specifics of the telling.

We’ve seen Moonlight, Call Me By Your Name, Love, Simon and, of course, Bohemian Rhapsody bringing forth this narrative in recent years. My hope is that in the future, films centred around gay characters won’t always be laced with tragedy. Understandably, Elton John and Freddie Mercury lived through very homophobic times, so we can hardly expect writers and producers to white-wash history. On the whole, though, it would make a nice change of pace for the gay character not to spend most of the movie suffering abuse at the hands of other characters.