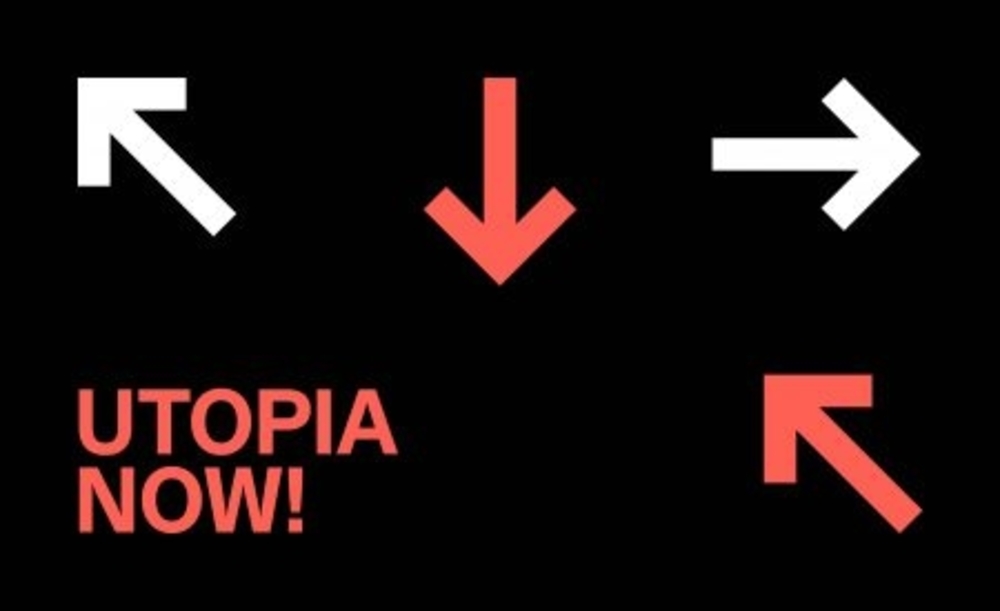 Interdependence is Manchester International Festival’s series of talks, debates, discussions and interactions, ‘curated in response to emerging views of the world’.

The first event of the Saturday Summits, Utopia Now!, was inspired by
Rimini Protokoll’s Utopolis Manchester. This series of talks, debate and discussion provided a day of practical advice on how to completely change the world, from rebooting democracy to ending inequality and averting climate catastrophe.

Due to a change in schedules, we were only in attendance for the afternoon section of the summit, but certainly didn’t feel we missed out.

The event was hosted by the incredible Zing Tsjeng, executive editor of VICE Media UK, who did a wonderful job hosting the series of talks.

The first panel of the afternoon was a discussion hosted by The Guardian, concerning the question of rediscovering hope in our seemingly hopeless times. The panel comprised of Guardian journalist John Harris, DJ and writer Dave Haslam, author Agata Pyzik and London-based DJ Elle Holgate.

The panel discussed what we can learn from the “second summer of love”, 1989, and how we can recover a sense of optimism in the “age of anxiety”.

Dave Haslam provided the standout thoughts of the panel, as he has a regional connection with Manchester, having played in the legendary Hacienda club in the late 80s and early 90s.

The Hacienda is still a talking point in Manchester’s counter culture. Haslam described Manchester in 1989 as an “amazing place to be,” with acid house music and, by extension, culture, as a focal point in the reinvention of Manchester as a postmodern cultural centre.

The Hacienda in itself was a utopia that grew, and became itself, organically, and not self-consciously, where it bred a culture of solidarity, where it brought people together, and, even if only for the night, closed the “racial divide”.

An interesting point raised in this panel was that the sense of hope in 1989 that was brought about through the culture created through the Hacienda, and the fall of the USSR, was not a myth, but a reality, and that the time encapsulated a sense of future. Haslam suggested that nostalgia for the past – “Make America Great Again!” and the Leave campaign being two pertinent examples – are in this sense inherently conservative ideas.

As a geography student about to begin my final year, I might be biased in identifying the discussion between former President of Ireland Mary Robinson and UN Commissioner for Human Rights Tessa Khan on the reclamation of our planet as the most interesting talk of the afternoon, but my opinion doesn’t seem to be an isolated case.

Mary Robinson was not only the first female President of Ireland, but is also a climate change activist. During the panel, Robinson described her time in office, not fighting for climate change, but fighting for human rights through LGBT, feminist and racial equality activism.

Climate change, the panel suggested, is not just about the planet, but also about the disproportionate impact it has on poorer countries. Khan, whose parents originate from Bangladesh, discussed the increasing threat that Bangladesh, in particular, faces from climate change. British people, and British culture, impact the globe significantly more than Bangladesh, with the average Bangladeshi having 1/33 of the carbon footprint of a British citizen.

The third talk ofthe afternoon was centred around the question “How do we reclaim our communities?”, featuring panellists who are active in doing just that, three inspirational grassroots stories of citizen urbanism: Liverpool-based award winning bakery and community land trust Homebaked, Advocacy Academy’s housing campaign team and art and design collective Something & Son, who have created a new self-build tower block system.

Finally, the LEx Leaders closed the sessions with a discussion around the question: “How do we reclaim our humanity?”.

This talked launched the the Lived Experience Movement (LEx Move). This movement is a growing network of social leaders who use their lived experiences to pioneer and drive positive social change.

Award winning human-rights lawyer, Baljeet Sandhu, founded the movement after she realised that qualifications are not enough to drive social change. To create change, she argued, we need leaders who have lived experience from different backgrounds which they can utilise to alter society for the better. You can read about the stories of the LEx leaders, and how to get involved, here!

The second Summit in the series, Future Myths, will be held in Manchester’s Albert Hall on Saturday 13th July, and the third and final event of the series of talks, Life Hacked, will be held on Saturday the 20th of July at HOME. Tickets to the events can be found here and here.