You are here: Home / Music / News / R. Kelly On Trial In The Court Of Public Opinion 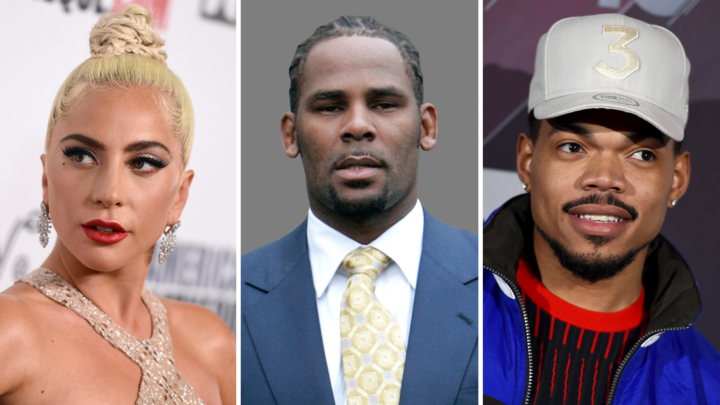 Robert Sylvester Kelly, better known as R. Kelly, is an American singer probably best known for his 1996 song ‘I Believe I Can Fly’. In recent months, however, he has become more infamous for his history of sexual misconduct.

Although this has been brought to the fore by a recent Lifetime documentary series, ‘Surviving R. Kelly’, the allegations against him have been known to the public for many years.

In 2002, a tape was mailed to a former reporter for The Chicago Sun-Times, Jim DeRogatis, containing footage of R. Kelly urinating on a underage girl. The Sun-Times was the first paper to break the story on February 8th 2002, and the singer was subsequently indicted on 21 charges of child pornography. He was found not guilty in 2008.

More allegations have subsequently been made against the singer, including that he was holding under-age girls in an ‘abusive cult’ and that he had infected his partner with a sexually-transmitted disease. Kelly and his representatives denied these allegations, and they didn’t seem to hurt his public standing.

During all of this, many artists in the industry continued to work with  Kelly, including Lady Gaga, Chance The Rapper, Kelly Rowland, Snoop Dogg, Celine Dion, Usher, Mariah Carey and Justin Bieber.

In the aftermath of ‘Surviving R. Kelly’, however, there appears to be a shift. Public opinion towards Kelly is changing, and many of his former famous contributors are seemingly beginning to turn on him.

Lady Gaga, for instance, tweeted an apology, expressing regret for collaborating with Kelly and assuring her followers that “I stand behind these women 1,000%, believe them, know they are suffering and in pain, and feel strongly that their voices should be heard and taken seriously.”

Along with Celine Dion and Chance The Rapper, she has also had all of her collaborations with Kelly removed from streaming services.

Some have criticized the singers for doing this at such a late stage – despite being asked to contribute to the documentary, none agreed. Executive producer Dream Hampton noted that  “When it comes to celebrities, it was incredibly difficult to get people who had collaborated (artistically) with Kelly to come forward.”

A Rolling Stones article ‘We Don’t Need to Applaud the Convenient Apologies’ criticizes Gaga and others for delaying in their responses to the situation. Writer Brittany Spanos laments: “Apologies like these don’t come because any of these artists are personally fed up […]In the end, it looks as if the weight of public pressure and shame prompt these statements — not conveniently timed guilt. It’s not clear that lessons are learned.”

One celebrity who did speak out was actress and model Cara Delevingne. On Instagram, the 26 year old compared Kelly to alleged sexual predator Harvey Weinstein and called upon her fans to “Stop separating art from the artist, just because he sings like an angel, doesn’t mean he is one.”

For speaking out, Delevingne lost 50,000 followers.

It is too soon to tell what the ongoing fall-out from the Lifetime documentary series will be. Kelly has been dropped from his record label, and more celebrities will likely speak out against him. Whether or not Kelly will face legal repercussions remains to be seen.