You are here: Home / Opinion / Polyamory: Is Three The Magic Number? 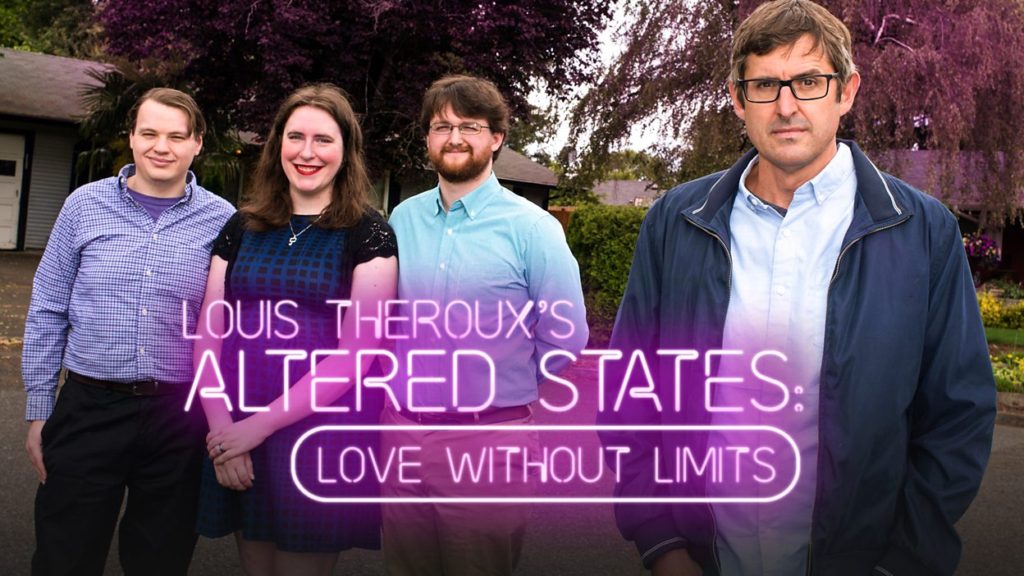 When ‘Love Without Limits’, an episode on polyamory from Louis Theroux’s most recent documentary series, Altered States, aired on the BBC, it got me thinking about the concept of love and how society has idealised ways of experiencing it.

From an early age, we are conditioned to believe that successful romantic relationships are based on the idea of monogamy: the state of having only one partner at a time. Polyamory is redefining the way in which we value our relationships with not only our partners, but also all of those close to us. Is it time to consider non-traditional relationships?

I met with Dr Christian Klesse, a reader in sociology at Manchester Metropolitan University, whose main areas of research interest include non-monogamy and polyamory, to discuss the finer details and what polyamory has to offer.

Dr Klesse noted that “polyamory is a new term which is continuously evolving”. He defines it as “an approach to relationship life based on consensual non-monogamy which embraces the idea of multi-partner relationships.” However, he is mindful to indicate that others, dependant on how they identify in terms of sexuality, can interpret polyamory differently. Primarily, polyamorous relationships arise out of committed long-term relationships between multiple partners.

“Dominant understandings of what love is really about invest in the idea that a close emotional bond is supposed to be unique.”

We talked about why monogamous marriages don’t seem to work for many people. Dr Klesse suggested that this can be due to the demanding expectations of our society, which some people may find difficult to negotiate. It is not unusual to feel overwhelmed by societal expectations in relationships, and for some, a monogamous relationship can be a daunting investment.

According to Dr Klesse: “Some people may be happier in a negotiated, less rigidly-defined relationship context.” This offers an alternative to a long-term partnership such as a polyamorous relationship, which has proven to have its benefits.

For some individuals, polyamory is seen as a way of diffusing a “hyper-intensity” experience, which may occur in a close monogamous relationship. An example of this can be seen in Theroux’s documentary, in which one couple Heidi and Joe, who are each married to separate partners, maintain a polyamorous relationship alongside their family situations. According to Joe’s wife, Gretchen, all parties benefited from Joe’s relationship with Heidi, as she fulfilled his needs which Gretchen was unable to.

However, many people who officially declare multi-partner relationships meet with hostile reactions. This perhaps has something to do with the fact that polyamory requires all participants to acknowledge and untangle themselves from that all too familiar, seemingly inevitable feeling of jealously – an emotion commonly felt in relationships, regardless of whether they are monogamous or not.

“Particular feelings about love, being cherished and valued, as a person is deeply ingrained in our psychic makeup,” Dr Klesse said. “It is common that people may feel jealous and insecure which may be fed by the feelings of no longer feeling unique – dominant understandings of what love is really about invest in the idea that a close emotional bond is supposed to be unique.

“Polyamorous culture acknowledges issues about insecurity and cravings for security, wanting to be special in some way. But I think it works only because it invites everyone to be open about their anxieties, their secret fears, their hurt feelings, and there is a hope that is it possible to mend these things by finding ways of reassuring a partner or creating some safe spaces within a particular relationship context.”

Polyamory is often discussed as a chosen of dynamic rather than an inherent sexuality, and the reasons behind it being so inviting as an approach to relationships according to Dr Klesse is because “it has the potential to transcend individualisation, which is partially prescribed by living in a capitalist society”. He adds, “It invites the possibility for more communal forms of living. It has the potential to rethink what love is about and family life is about. Sexual cultures can be built in a sustainable and inclusive way.”

“People’s investments and motivations in a romantic bond are very different.”

However, the solution to the breakdown of relationships may not necessarily lie in a polyamorous approach, this dissolution may be due to manifold reasons, including “certain behaviours which are non-tolerable in a relationship, for example controlling or abusive behaviour. Many people move in and out of a commitment to a particular relationship type, they may drift into and out of it accidentally.”

When asked whether there is a future for polyamory, Dr Klesse explains: “I welcome the debate around polyamory as a possibly meaningful alternative, hopefully the future bodes well for relationship diversity.”

It’s clear polyamory is more about experiencing a new approach to love, and although it might not be for everyone, it may open the possibility of a happier life.