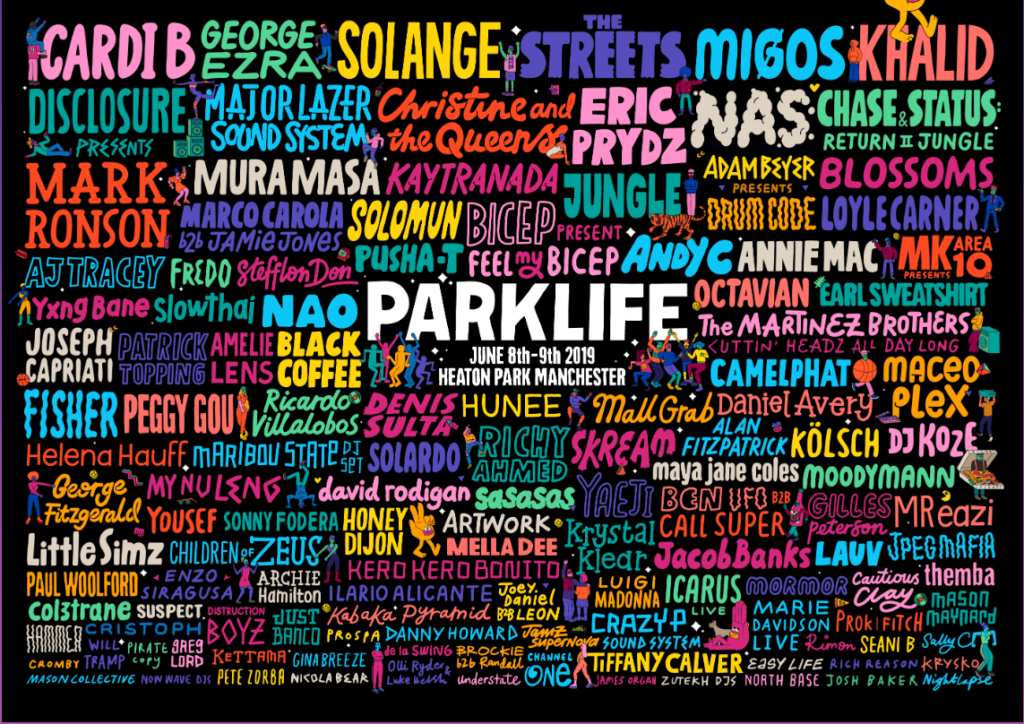 Boasting 16 stages of music across the weekend, Parklife has built a solid reputation for its cutting-edge line-ups and has deservedly earned a place on Manchester’s musical pedestal. General tickets are priced at only £125 for a weekend pass, and £69.50 for a day ticket.

This year, Parklife are going to be rewarding fans with a huge range of benefits which are included in all ticket options. The perks include access to a range of Parklife club series events featuring special guest appearances from acts on the festival bill plus a 20% discount at ASOS.

The impressive line-up includes Cardi B, Christine & The Queens, Migos, Solange and Khalid, including the first festival performance from The Streets in over 8 years. Returning to Heaton Park on Saturday 8th and Sunday 9th June, Parklife is the UK’s largest Metropolitan festival and its milestone offering sees a discerning selection of acts set to perform across hip-hop, rap, r&b, pop, indie and electronic music.

If you have never attended Parklife before, get a taste of the festival and see the full line-up below!

Tickets are on sale now at www.parklife.uk.com/tickets but be quick, they’re selling out fast!