You are here: Home / Manchester / Opinion / Opinion: Will this week’s university strikes really be an issue for students? 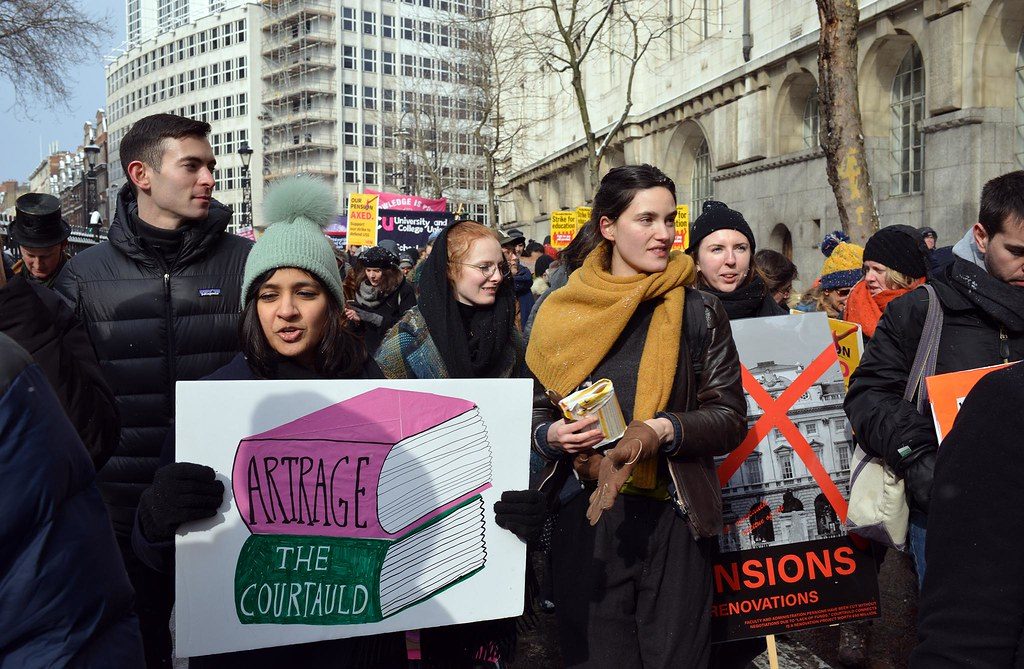 aAh! Magazine reported this week that many universities across the UK will be striking over staff pensions, pay and working conditions.

Between the 25th November and the 4th December, members of the University and College Union (UCU) will be walking out of work in favour of industrial action. However, many people are asking whether the strikes are just causing more issues for students. They’ll be affecting over 60 Universities, leaving many students with cancelled lectures.

The issue is with strikes is that they’ll always inconvenience somebody. And this time, it’s the students who believe they’re missing out on an education they paid for. The debate on whether students are paying too much to go to university is a common one, but to not be able to attend in the first place must, evidently, be frustrating. Not everybody can afford to go to university and then have their classes cancelled.

It’s safe to say not all students are ready to sit back and lose out on their education.

For a lot of students, November and December is also a time for first term assignment deadlines. This often means that extra attention from lecturers is required for students to get the grades they want to achieve. Without that, their grades could suffer.

Besides this, not all lecturers seem to be telling their students whether they plan to strike or not, which, by not knowing whether your teachers are going to even show up makes this week particularly difficult to plan around, particularly for those who commute to university. Of course, all of this disruption is key to the strikes, but is it worth it?

Most lecturers would probably say so. At the end of the day, you can’t take away their chance to stand up for themselves. Because of a series of changes made by the Universities Superannuation Scheme (USS), university staff will be paying more for their pension but then losing tens of thousands in retirement. The UCU reported that the average member will pay £40,000 more to their pension but get almost £200,000 less back. The staff have a good enough reason to strike and in their shoes, most people would probably do the same.

In order to minimise disruption for students, an open letter was published by Julia Buckingham, president of Universities UK (UUK). She said, “Universities will do all they can to minimise the impact of any strike action on students, their other staff and the wider community and they know that their colleagues contemplating strike action will want this too.”

The thing to consider is if lecturers are really creating this much trouble, then what they’re doing is working. They’re getting noticed, getting their voice heard and clearly the universities are struggling to function the same without them.

There’s no doubt that students should have their lessons rescheduled to make up for what will be lost. It’s unfair for them to suffer for something that doesn’t particularly affect them. But at the same time, university staff might actually be able to make changes for the better and honestly, can we really blame them?