You are here: Home / Opinion / Opinion: Dear The Tab, you should apologise for the way you reported Grace Millane’s murder 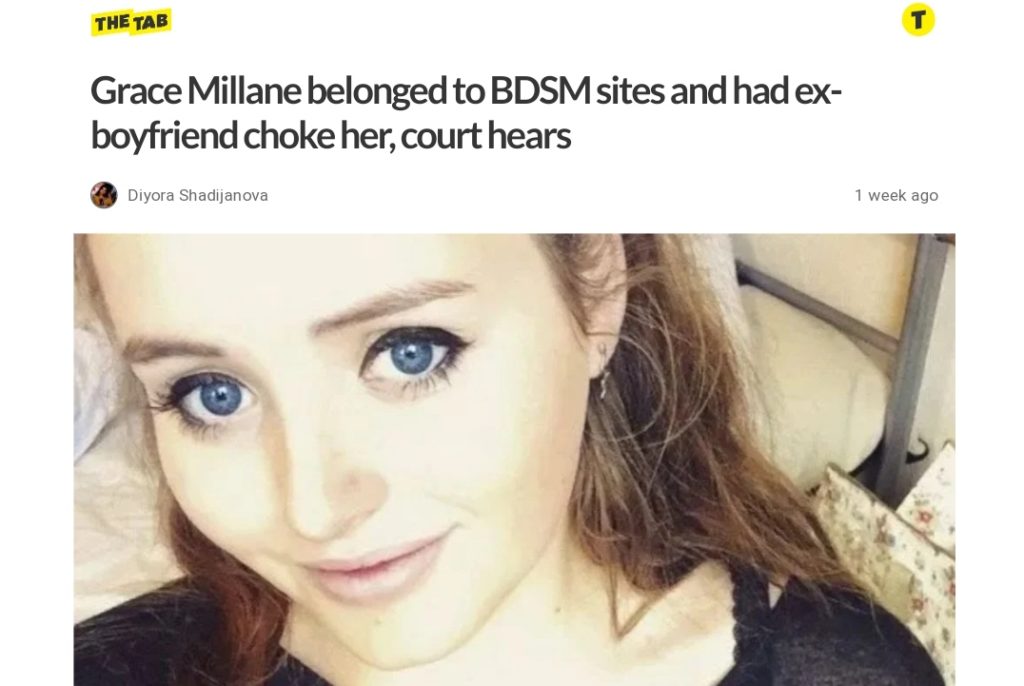 Like many young Britons when they graduate, Grace Emmie Rose Millane decided to go travelling abroad on her gap year. Grace spent six weeks in South America before flying to New Zealand in November 2018, where she was tragically murdered.

A recent graduate in advertising and marketing from the University of Lincoln, Grace Millane had only spent days in Auckland and turned 22 on the day she was reported missing by her parents back in the UK. Grace Millane was a well-loved ‘Essex girl’ who has had her name, her character and her sex life dragged through the mud by the media, including The Tab, a website aimed at university students.

In court, defence barrister Ron Mansfield described Grace as a “loving, bright, intelligent young woman”, and told the jury that “the fact that we need to discuss what she liked to do in the bedroom should have no impact on her reputation at all.” Yet Mansfield, and a lot of media publications, are pushing the narrative that Grace’s death was because of ‘sex gone wrong’ rather than because the man responsible for her death was a cold, hard killer who the prosecutor said was “not distressed by Millane’s death” and who “calmly, coldly, and methodologically was trying to break any link between himself and Miss Millane.”

By writing such a salacious headline, The Tab is diminishing Grace Millane’s character and inadvertently blaming her for her own murder. Grace was tragically murdered, not because of what she likes behind closed doors, but because a man decided to murder her.

As student journalists, we can’t control what ‘big media’ is writing, but we can control what we write, and therefore influence student perspectives around the country. We all should be in collective solidarity with Grace, with her family, and with every single woman in the UK and around the globe that die by, quite literally, the hands of men. We need to honour the memory of Grace and not entertain the misogynistic narrative that clouds her and her murder trial.

We Can’t Consent to This, a group which campaigns against sexual violence against women, has found that a shocking fifty-nine British women have been killed in apparent ‘sex gone wrong scenarios’, whilst in the last five years the defence was successful nine times, with the men involved either being found not guilty or receiving a manslaughter conviction.

Grace and the fifty-nine other women died for nothing. The least they and their family deserve is to be written about in a respectful way, with a narrative based on their murder’s decisions, not theirs.

Dear The Tab, you should take down the article or issue an apology.