You are here: Home / Opinion / Politics / Opinion: Fifty Shades of Freedom of Speech 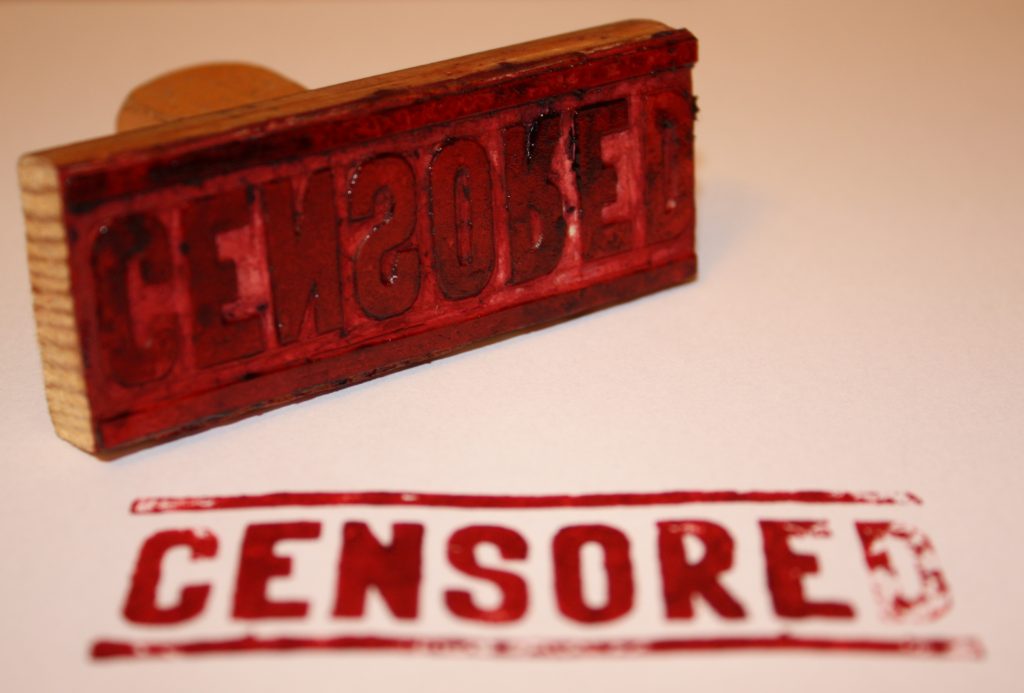 Freedom of speech and expression is something that we in the West hold very dear. It takes many forms and is incorporated into Article 10 of the European Convention of Human Rights, albeit not as expansively as in First Amendment of the United States Constitution.

The enshrinement of freedom of expression in national charters at least as far back as the classical Roman and Greek periods, its current iteration is most akin to the ideology of Classical Liberalism, as defined during the early nineteenth century.

“I disapprove of what you say, but I will defend to the death your right to say it.”

Even at the best of times, however, a moral dilemma arises when the right to free speech and expression has the capacity to infringe on another person’s wellbeing, and the pervasive presence of social media in contemporary life has caused these areas to frequently overlap.

Recently, Facebook and Instagram have banned certain public commentators from their platforms, including the likes of Alex Jones, Laura Loomer, Milo Yiannopoulos and Paul Joseph Watson, labelling them “far right” and “dangerous”. Facebook went a further step and also banned the organisation or promotion of any events associated, even vaguely, with any of those figures. While this has been instrumental in cracking down on fascist action, it can arguably also be dangerous in and of itself, holding the potential to brand innocent people ‘guilty by association’, and Paul Joseph Watson and his lawyers are currently looking into the issue from a defamatory legal perspective. Clearly, this move by Facebook sets a precedent, validating any platform which chooses to censor views or ideologies that they do not agree with, banning the users who express them from the site or app.

In the past month, Facebook have also taken steps to remove far right Spanish groups in time for the upcoming Spanish Election. While this is positive insofar as it removes hateful content, the argument could be made that the users who would listen to such groups would predominantly be people who already shared their views and purposefully sought them out. While the censorship has been defended on the basis that such content could vulnerable and impressionable people and there have been cases of people being brainwashed by extremist groups, it also runs the risk of creating the impression of an unfair election, casting censored groups as underdogs and thus strengthening their populist attraction. In this sense, total censorship has the potential to in some respects do more harm than good.

This also poses the question of whether social media sites are publishers or public platforms. Crucially, they generally define themselves as platforms, granting themselves legal protection in the event that they are used for the transmission of defamatory content. Take, for instance, the McAlpine vs. Bercow case – although Sally Bercow posted the comments which Lord McAlpine claimed were libellous on Twitter, all blame was attributed to her rather than the platform. Extending this question further, it is important to note that mobile phone companies are also platforms. Should a mobile phone company be held legally responsible if someone uses it to order drugs? Most people, surely, would agree that that would be unreasonable.

In electing to remove content they do not morally endorse, however, corporations such as Facebook and Twitter are conducting themselves more in the line of publishers. A publisher can choose what messages they disseminate, carefully selecting what they publish and what they do not, with the understanding that they are legally responsible for all content associated with their company. Unlike traditional publishers, social media companies generally do not have thorough guidelines delineating what can and cannot be posted. Often, they give very vague reasons to justify their removal of content and users, yet still insinuate that they are legally responsible for all content shared through their platforms, which often isn’t actually the case.

Ultimately, this is clearly an issue characterised by a considerable grey area, and debate requires further study into the impact that both sharing and censoring far right content on social media has on public behaviour, more clarity over the precise legal position of social media platforms, and more thorough guidelines and codes of conduct in order to prevent outcry over nebulously justified censorship decisions.

Where do you stand? Share your thoughts in the comments.