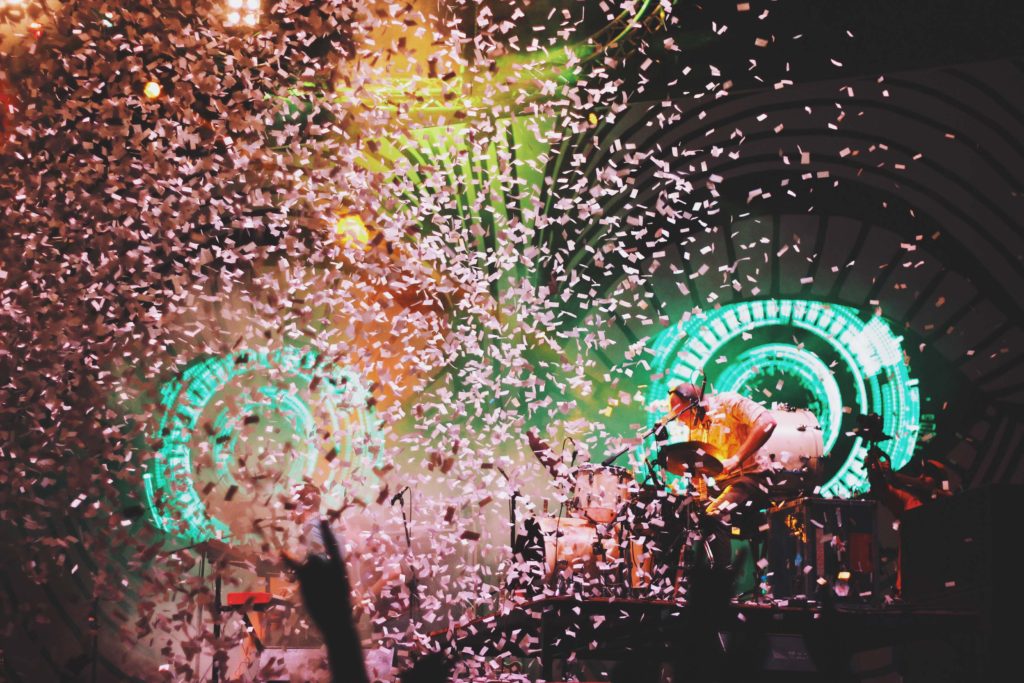 Perhaps the epitome of the festive season in Manchester. Enjoy an icy cocktail in the Ice Tiki Bar, or try to avoid any broken bones skating around the Ice Cavern. Feast your eyes on over 250 tonnes of ice carved by artists into mystical and magical sculptures. You can even meet Santa in his grotto! (No, you’re not too old.)

Yorkshire’s own New-Wave revival band continue their tour in Manchester. Supporting the likes of Fat White Family and Mac DeMarco, their youth is nothing to stop them from speaking their mind. Their newest single ‘Teeth’ is out now.

The rap and R&B duo from London are back and better than ever after recovering from a backstage assault, which led to the postponing and cancellation of multiple tour dates across the UK. Catch the pair performing classic hits such as ‘Freak of the Week’ at O2 Victoria Warehouse.

Jinkx Monsoon & Bendelacreme: All I Want for Xmas is Attention

Ru Paul’s Drag Race legends team up for this Christmas-themed extravaganza. The duo return to the stage after last year’s success of ‘To Jesus, Thanks for Everything’. Join Jinkx and DeLa as they illuminate the ups and downs, and traumas, of Christmases past.

Rising to fame from The Great British Bake Off in 2015, Nadiya Hussein ends her tour in Manchester this December. An on-stage interview with the chef, presenter, and author explores Nadiya’s experiences as a Muslim, mother, and wife, including how the female experience is confined by prejudice and boundaries that must be broken down.

Jungle fans, attention, please! Drum and bass giant Shy FX will return to Manchester once again to blow the roof off Victoria Warehouse. Following the release of The Raggamuffin Soundtape, the British DJ has a more creative and adrenaline-pumping sound under his belt than ever.

Swap and exchange your clothes, books, and accessories in the heart of MMU this winter. One man’s trash is another man’s treasure, particularly around the festive season! Do your bit for the environment and pick up some pre-loved gems for you and your family.

Bedroom-pop artist turned worldwide viral sensation Clairo made her LP debut in the summer with Immunity, and begins her UK tour in December, ready to spread shimmery 90s indie-pop charm over all who cross her path.

Described by The Guardian of having “plenty to delight the senses”, the Edinburgh International Festival-presented show celebrates cultures across the globe and the lively folk-tales which come with them. A magical production of animation, storytelling, and theatre.

Welcome in the new year with 2020 precision at Homoelectric’s NYE event at YES, who describe the events as a “non-stop exotic disco for homos, heteros, lesbos and don’t knows”. Dance the night away by being nothing but yourself.