You are here: Home / Culture / Opinion / Neither here nor there: the danger of forsaking nuance 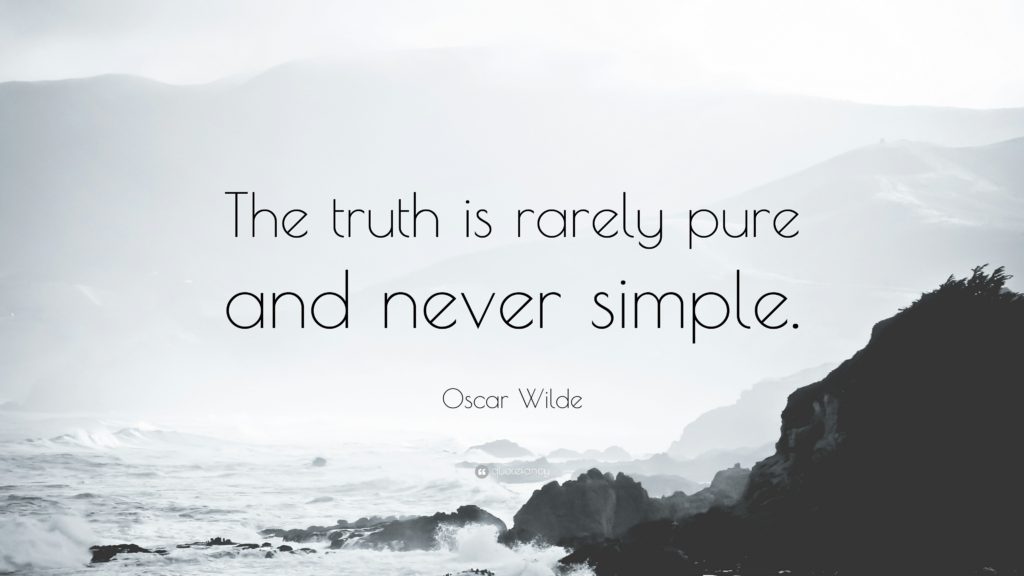 A few weeks ago, I had to watch Paranorman for one of my Masters modules (the perks of studying the Gothic). At the end of the film (spoilers), it is revealed that the witch tormenting the fictional townspeople is the revenant spirit of Agatha, a young girl accused of witchcraft, who was burnt at the stake by puritan councilmen three centuries earlier, after being traumatically torn away from her mother. In the narrative’s denouement, the young protagonist, Norman, a relative of Agatha who shares her supernatural abilities and outcast status, persuades her to forgive her persecutors, despite her initial reluctance. “They hurt me!” she exclaims when Norman first presses her to abandon her efforts to torment them, to which he asks: “So you hurt them back?” “I wanted everyone to see how rotten they were,” she says, and he responds, accusatorily: “You’re just like them, Agatha!”

This narrative provoked a range of favourable responses from people who identified it as a positive departure from the vindictive revenge narratives that proliferate within American cinema in particular, but I was left with a sense of unease. “They’re just people,” Norman says of Agatha’s persecutors. “Just stupid people who should’ve known better. They did something unforgiveable because they were scared, and they were cursed for it.” In spite of his identification of the unforgivable nature of their behaviour, however, the narrative resolution hinges on forgiveness of the sympathetic zombie figures, their murderous act diminished as a response to fear, and is paralleled by Norman developing a newfound friendship with a former bully. Surely these are not the only stories we can tell? Surely there is something between vengeance and forgiveness of abuse – particularly since domestic abuse, in particular, is often predicated on the victim’s continual forgiveness of the perpetrator, and on the perpetrator convincing their victim that any resistance towards their behaviour makes them the villain?

Although this narrative may be dismissed as “only” a children’s film, this issue of polarised politics pervades contemporary culture on all levels, and seemingly in every area of life, often with dangerous implications. To return to the issue of abuse, I once read a poignant personal essay by a woman who had recently escaped an abusive relationship with a female partner, and who explained that an unwillingness to discuss abuse between women and a portrayal of relationships between women as necessarily perfect within certain lesbian spaces contributed to her belief in her partner’s assertions that she was misreading situations, and that their relationship was in fact normal. In response to this highly personal account, the author received vicious backlash from various commenters, who accused her of simply being jealous of other women’s relationships, and of reinforcing homophobic views of lesbian relationships as inherently destructive. This was deeply troubling to me – the suggestion that the only possible portrayals of relationships between women are as entirely perfect or entirely monstrous precludes the possibility of any honest discussion of genuine experience, with, as the essay in question proves, potentially devastating consequences.

Moreover, this issue not only affects social discourse, but legal and medical discourse, too. Several years ago, I worked in the field of disability as a support worker. During my training for this role, myself and the other participants were taught to differentiate between an outdated medical model of disability, which identified the issue as within the individual – that there was something wrong with them – and the progressive social model, which identified the issue as within society – that there were insufficient provisions to allow individuals to fully engage in everyday life to the same extent as others. While I am, of course, able to recognise the merits of the latter model for many individuals, I also feel personally distanced by it. In my late teens, I was diagnosed with joint hypermobility syndrome, a chronic pain condition which is legally recognised as a disability. The issue with the replacement of the medical model with the social model in disability discourse, and subsequently by medical and legal practitioners, is that joint hypermobility syndrome, along with various other chronic pain conditions, is intrinsic to my body. There is nothing that social change could do to eliminate my tribulations, and it concerns me that the discouragement of research into cures for disabilities which results from the privileging of the social model, while an undeniably positive development for some, could also mean that I am never able to live without pain.

Within the social climate of “cancel culture”, in which people have learned to fear public humiliation if they express any opinion deemed problematic by the dominant online discourse of the given moment, viewpoints are becoming increasingly polarised. As Oscar Wilde once wisely remarked, however, “the truth is rarely pure and never simple.” Life is complicated, and nuance is never a bad thing. Considering multiple sides of complex issues is not just a mark of wisdom, demonstrating a capacity for critical thinking; it’s also politically crucial. In an age of apparently diminishing attention spans and 280 character limits, it is tempting to take issues at face value, agreeing with whatever views the public figures we follow on social media are currently expressing, but we must do better than that. In many cases, people’s wellbeing depends on it.