You are here: Home / Creative / Culture / Entertainment / Film / Interview / Manchester / “Mancunians are never going to sit down and stay silent”: Two years on from the Manchester attack, an interview with filmmaker Jess Mone 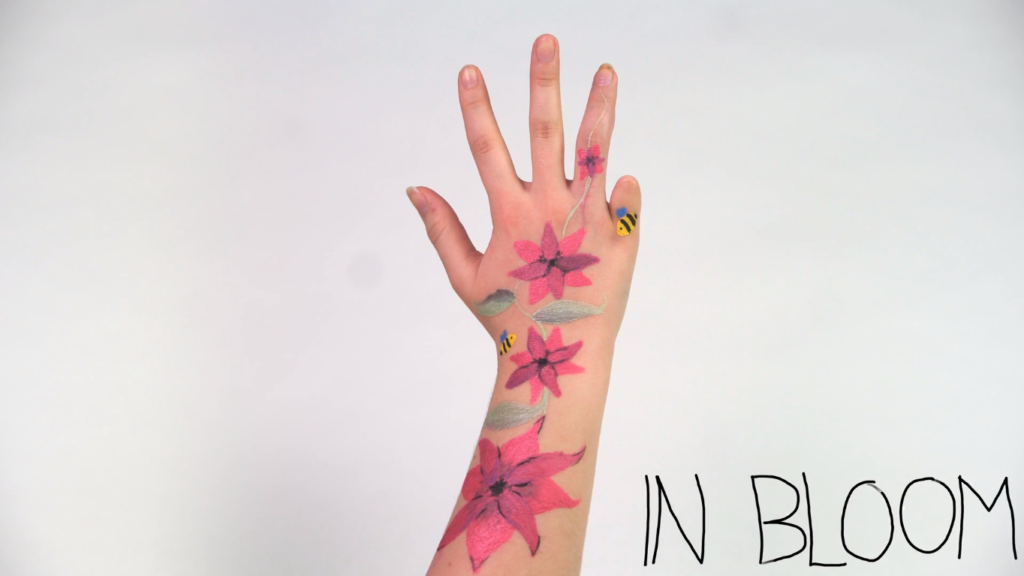 As we approach the second anniversary of the Manchester bombing, which took 22 lives and injured up to 119 others at the Ariana Grande concert at the Manchester Arena on the 22nd of May, it feels once again like time for reflection, as the city comes together to remember the traumatic events of 2017.

Art is just one of the ways in which the city has responded to the attack. Murals and graffiti of the famous Manchester bee have appeared across the city and on social media, calling for unity, strength and love in the face of adversity.

Filmmakers have also attempted to respond to the attacks in interesting and positive ways. In the summer of last year, Manchester Met filmmaking student (now graduate) Jess Mone, 22, filmed and tracked the recovery of her sister, Hannah, 19, who sustained injuries during the attack.

The result was In Bloom, which has since been shown at various screenings across the city, including as part of a student takeover at HOME.

A year on from the film’s release, we spoke to Jess to ask her about the intentions for the film and the impact it has had upon her life, her sister’s life, and Manchester’s communities around her.

What struck me after my first viewing of the film was how brave you and your sister come across in the wake of such a traumatic event. Do you think, then, that this was a direct result of the traumatic events, as a way to push on and create something positive (your film) from something so awful?

“Yes, when I decided to first make the film it was to show people how positive Hannah was after such a traumatic event. As the months progressed, the filming sessions between the two of us became almost a weekly habit, and in a way, the film gave me a purpose to keep working.

“We have both suffered from Post-Traumatic Stress Disorder. I’ll be honest and say it’s incredibly difficult to get through, as it affects people in different ways. I initially suffered within the first year of the attack, and having my sister so positive and so willing to have me follow her to hospital with a camera twice a week was really helpful. My sister has been through a tremendous amount of pain, both physically and mentally – her resilience helped me to keep moving forward and to continue being positive after the attack.”

How did the initial idea for the film arise? You film your sister very early on after the attacks – was it challenging to do so at such an early stage, or at any points during the film’s production?

“When my sister woke up after her first operation, the first thing she asked for was ice cream, and that made us all laugh; it was such a relief to see her awake and okay. I knew then, in the first couple of days, that I had to do something to show people that there are survivors like my sister out there who aren’t going to be beaten by a senseless act of terror.

“At first, there were a lot of mixed emotions when filming Hannah, mainly due to the fact that I am her sister and I was particularly protective of her after the incident. Her wounds were quite gruesome and shocking at first, but I always used to tell her that even if we didn’t make a film, it would be amazing in twelve months’ time to see how her hand had recovered. She has watched the film a few times now and has commented on how bad her injuries used to look.”

The various shots on your sister’s hands, displaying the injuries caused in the attack, are depicted in bright colours of paint and glitter. Was this effective in her embracing her injuries instead of potentially viewing them as a traumatic reminder?

“Yes, the idea behind the hand painting was to embrace my sister’s injuries rather than shy away from them. What happened to her hand was very traumatic and I have always been worried that, as she was only 17 at the time of the attack, it would affect how she viewed her physical appearance.

“By painting her hand in all of the bright designs I was showing both my sister and the audience that her injuries are to be accepted and are in no way something to hide. I doubt that anyone who didn’t know her or hadn’t seen the film previously would even notice her hand unless they paid really close attention to it. For those who have seen the film, it kind of breaks the ice. Yes, her hand is different, but that’s an individual part of her and it shouldn’t be the elephant in the room.”

The footage of your sister enjoying her birthday and speaking positively of her future paints an ultimately positive reaction the trauma of the Manchester bombings. Was this the goal, in sending this positive message to Manchester’s communities and beyond, when making the film?

“The goal throughout the production for the film was always to make people smile. Both myself and the creatives involved in the documentary didn’t want people to come away from the film crying or feeling sorry for Hannah.

“We’re saying ‘Yes, she was injured, yes, it is hard, but here we are getting on with it,’ and I feel like that’s the ethos of Manchester anyway, regardless of the attack. Mancunians are never going to sit down and stay silent, we’re going to get back up and carry on, and we’re going to laugh while we do it – that’s the message I want the film to send as far and wide as possible.

“I am incredibly proud of my sister and her resilience over the past two years and I hope that by including the uplifting ending, that she can help to inspire other people who are struggling to start thinking about moving forward and what positives the future might hold.”

It’s coming up to two years since the events took place. Have you noticed the ethos depicted in your personal account of the attack’s effects on your sister in other areas of Manchester and beyond?

“After the attack happened, we saw a lot of support from Manchester and our local communities, particularly in the form of the Manchester bee. When we came into the city centre last year on the first anniversary there was a lot of support available in the form of Family Liaison officers from the Greater Manchester Police, those present watching the memorial both inside and outside the cathedral, and people walking around the city centre.

“I think what happened in Manchester in 2017 was an enormous shock to the city and those around it and there has definitely been a change in atmosphere over the past two years. Overall, I believe that the positive message we have depicted is very much alive in Manchester two years on.”